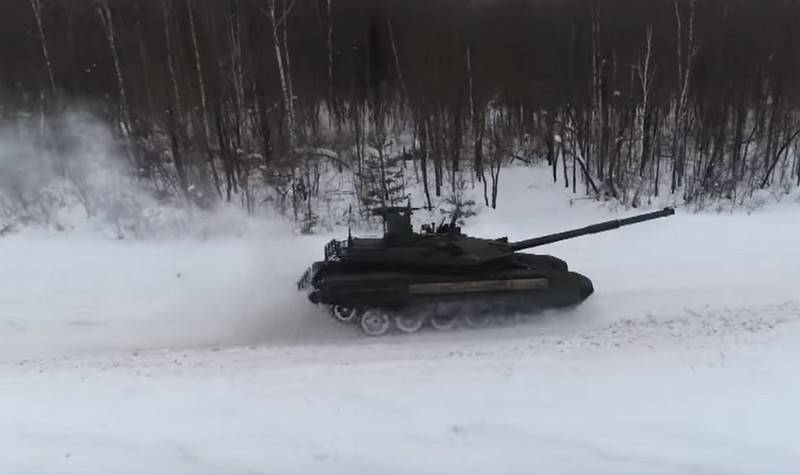 Modernized Tanks T-90M will begin to enter the armed forces in 2020, their purchase is already underway. This was stated by the head of the main armored directorate of the Ministry of Defense of the Russian Federation, Major General Sergey Bibik.


In an interview with the Krasnaya Zvezda newspaper, Bibik said that among the tasks for the next year, along with the supply of other armored vehicles, the task is to send the modernized T-90M tanks to the troops.

As part of the state defense order, we plan to supply the troops with modern and modernized equipment: T-90M tanks, BMP-3 infantry fighting vehicles and BTR-82A armored personnel carriers, BMD-4M and BTR-MDM airborne defense vehicles, and Typhoon protected vehicles of the latest generation , Tornado, and Tiger
- he said.

At the end of September this year, the Commander-in-Chief of the Russian Ground Forces Oleg Salyukov announced that purchases of the modernized T-90M tanks had already begun, but nothing was said about the start of deliveries. Earlier, representatives of the Ministry of Defense and the military-industrial complex have repeatedly stated that work on upgrading tanks to the T-90M level is already underway and deliveries of the T-90M to the Russian army should begin this year.

The military department at the end of June this year entered into a state contract with UVZ for a major overhaul with the modernization of the T-90A tanks, bringing the T-90M to a view. The corporation said that this modernization will increase the combat capabilities of the tank. At the same time, the UVZ did not name the number of tanks that will undergo major repairs, although earlier plans were announced to upgrade at least 400 T-90 tanks already in the troops to the T-90M level. The first batch of incoming T-90M weapons can be at least a battalion set.