Stirlitz was allowed to stay! 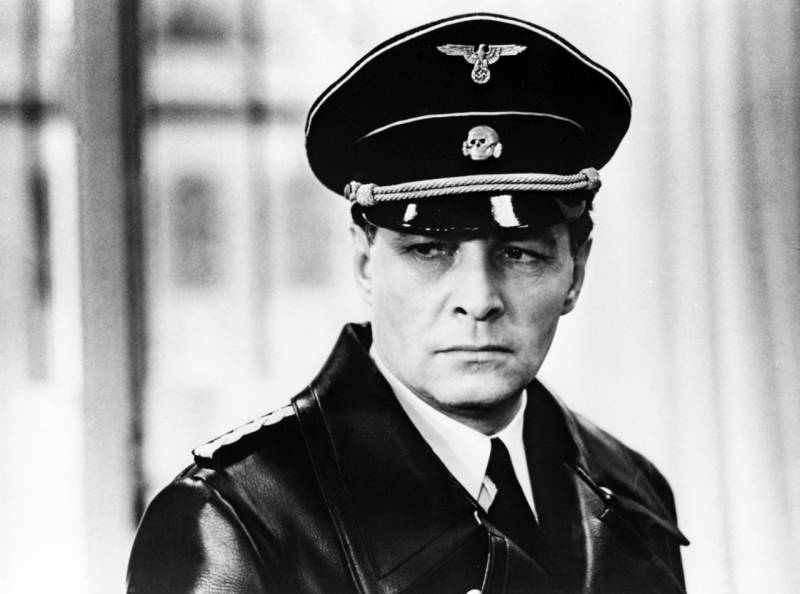 Not afraid, but trampled!

Our fathers and grandfathers were not afraid of the swastika. They shot her with rifles, machine guns, tank guns and howitzers. They bombed her. They carried her along Red Square and threw her under the feet of the victors of fascism. They did not love her, that's for sure. But it never occurred to anyone to be afraid of her.

A little later, while the generation of front-line soldiers was alive, the swastika did not scare anyone either. Feature films were shot in which the Nazis looked like real ones, and therefore wore armbands with a swastika and other German, including SS, insignia. The children were shown documentaries on which swastikas were also enough: on the wings of downed German planes burning in a ravine, on the armor of the Tigers and Panthers, which were spattered by our St. John's Wort, on the buildings of German commandant’s offices in liberated Russian cities and towns ... And children growing up in these harsh years, the swastika also did not scare.

Oddly enough, the abundance of the swastika did not affect the correctness of children's perception in any way: when the children played the “war”, no one wanted to be a fascist. It was necessary to appoint to this game category either in an orderly manner, or with the help of some counters. Somehow even strange, right? Indeed, according to the current educational trends, the children, having seen enough of the Germans and the swastika, should immediately be recorded as fascists, and then as traitors to the motherland ...

But for some reason this did not happen. Maybe then they just knew how to correctly show the swastika? Is it right to talk about her and those who wore it? Perhaps this is due to the honest rejection in society that accompanied any flirting with Nazism, not spoiled by tolerance, talk about freedom of opinion and choice? It's hard to say for sure. But the fact remains: at some point, the swastika began to scare our statesmen, and it was simply banned.

No, of course, from the best motives: so as not to propagate, so that extremism does not raise its head, to protect children from harmful influence, and adults from the temptations of too simple decisions. And at first glance it seemed that there was some kind of logic ...

But along with the swastika, feature films, many of which were part of the golden fund of our cinema, and important documentary evidence of that terrible era, and some material evidence, important, for example, were also banned. stories. Moreover, under such a ban that in some cases it was quite possible to get an administrative arrest. But in case of relapse, it’s not administrative ...

Now you can not be afraid

Last Tuesday, the State Duma adopted amendments to the regulatory legal acts, the application of which caused these problems. This is the law “On perpetuating the victory of the Soviet people in the Great Patriotic War of the 1941-1945 years” and the law “On countering extremist activity”. Now, a demonstration of the Nazi swastika will be possible in cases when "a negative attitude towards the ideology of Nazism is formed and there are no signs of propaganda or justification of Nazism."

That is, now we can watch the beloved film “Seventeen Moments of Spring” by many and even show it to our children without risking being held administratively or even criminally liable. We will be able to store on our computer archive photos of the times of the Great Patriotic War, without violating anything at the same time. What is it - Kukryniksy’s cartoons will now be rehabilitated, and you won’t be fined for watching them!

If you think that the author is exaggerating, then in vain. We have recorded cases of bringing to trial a person for publishing a photo from the Victory Parade 1945 of the year in VK. Yes, the man escaped with only a fine, but still ... 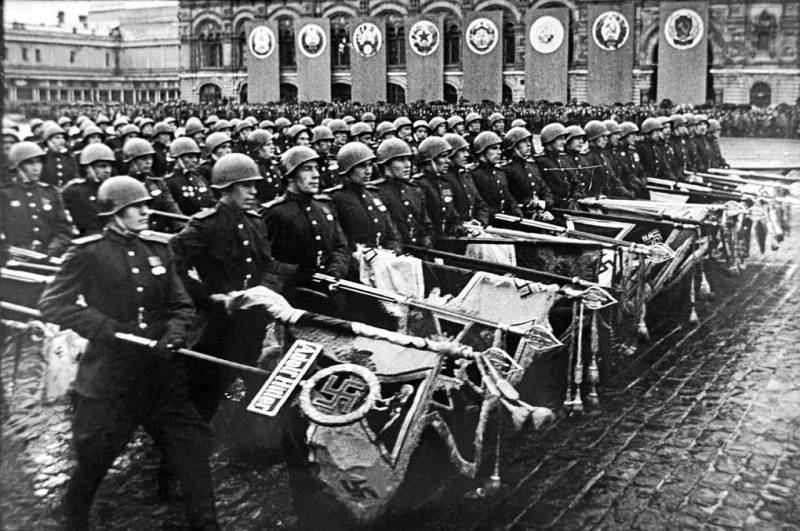 According to some reports, in 2018 on charges related to the demonstration of the swastika and other Nazi symbols in one way or another, 1639 cases were initiated in Russia. Yes, the vast majority of them are administrative and ended in a fine. Yes, some of them deserved the sanction of law enforcement officers - alas, we still have enough extremists and just foolish people. But a significant part was akin to the case of the sale of collectible tin soldiers in the Moscow "Children's World", when the case of "incitement to hatred and enmity" was opened.

It is clear that once the relevant standards were adopted, as they say, with good intentions. Someone thought that in this way the authorities would show respect for veterans, and someone was really afraid of terrible extremists who were about to begin to march at night with torches along the streets of Moscow. But, as we see, both of these motives, like the rest, in fact turned out to be a figment of the imagination of the deputies, "seeing life from the window of a personal car."

The head of the Committee on Culture, Galina Yampolskaya, formulated her claims to these legal norms:
The norm that we are correcting with this bill was probably taken out of the best of intentions, but with a significant degree of thoughtlessness. No one at that moment gave himself the trouble to think about what the complete ban on the demonstration of Nazi symbols would lead to.
Our people want to honor the warring ancestors, they want to bear the memory of the Great Patriotic War, and to do this in a visual way, avoiding Nazi symbols, is almost impossible. Shots from Soviet films, posters, photographs of the war years, of course, form a negative attitude towards the ideology of Nazism.

In this case, it remains only to agree with the wording. Yes, this is precisely “thoughtlessness” when, for minor advantages, someone did not make out (or did not bother to look at something) quite noticeable disadvantages. And we hope that the deputies will quickly enough make the necessary changes to the current Administrative Code so that the new rules become a real guide to action for the courts and some public servants.

To prohibit insanity in Russia!

On the other hand, senility in our lives will remain a lot. What is the endless postscript “forbidden in Russia” that is used every time a different kind of terrorist organization is mentioned. Although here, it seems, there is some kind of rational grain: maybe, really, someone else does not know that ISIS is prohibited in Russia?

Sometimes, when I come across materials about some “Russian wife” of the militant who met him on social networks, does not know a word in Arabic, but still believes in fairy tales about a beautiful and fair life in bombed Mosul, I think that no warning in this case will not be redundant. Moreover, sometimes such a “wife” not only hides to her “beloved” across five borders, but also drags a young child with her.

And at the same time, I understand that nothing will probably help here: neither a warning, nor a personal notice, nor a visit to the district police officer ... This contingent, sorry, is already incorrigible, and as a person I can save from him, I admit, I know.

But the fact that this phrase has long become hackneyed, ineffective, has turned into an occasion for jokes and gnawing, is a fact. And the effect of it, in my opinion, has long been not even zero, but negative.

But still, let's finish on a good note. It is very pleasing that our deputies show signs of common sense and accept sane amendments to previously adopted controversial laws. Now, without slowing down, continue good practice and adopt the relevant amendments to the Constitution, the Criminal Code, the Civil Code, pension legislation, the Labor Code and many more laws that we have to either implement or somehow circumvent.

And for the rehabilitation of Stirlitz, many human thanks!

We are in Yandex Zen
Ceylon special forces. The main enemy is the "Tamil Tigers"
The tragedy of the American army ("The Atlantic", USA)
114 comments
Information
Dear reader, to leave comments on the publication, you must to register.