Who ordered censorship and the 1937 year in Russia? 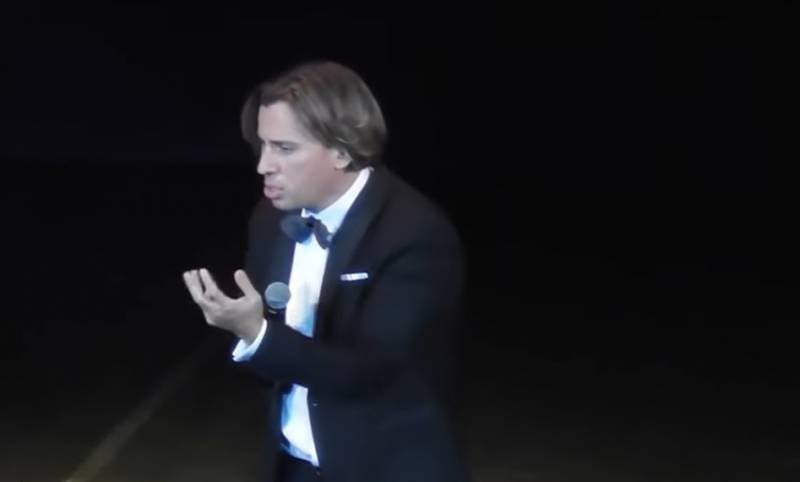 Recently, the entire liberal (in the bad sense of the word) party was seriously so excited by the revelations of Maxim Galkin at the concert. Say, and censorship in Russia hoo, and Putin is not a cake at all ...


Ladies and gentlemen from "those" media, such as "Freedom", were already choking, commenting. Wow, there was a man who cut the truth-uterus in the eye.

To whom only - that’s the question.

In fact, yes, Galkin said so frankly, but ... That's how Stanislavsky really want to say "I do not believe."

And you all understand why. Because Mr. Galkin does not leave the state television channels, his ... wife is an almost complete holder of the Order of Merit to the Fatherland ...

In general, all this is more reminiscent of the immortal "Bees Against Honey", nothing more.

However, if someone wants to see Galkin in the status of presidential candidate there, it’s not a question. Well, there have already been so many stories about how honest, correct, truthful, disinterested he is, he will be praised for any choice.

However, I repeat, about censorship Galkin is right. She is. And it will be, because it is being ordered.

Of course, we can say that this “bloody gebnya” in power begins to strangle the sprouts of dissent. Not really, or rather, not at all.

Power - it is only power. She was, is and will be. And there is still a rapidly dulling population over which it is so easy to exercise control - this is a gift, because it is easier for authorities to tighten the screws when the electorate asks for it.

Ask wisely: who is it asking here to be censored? Who is either sick or masochist?

And he, the native electorate, also asks. Writing complaints to various authorities, for example. From Roskomnadzor to the elementary Ministry of Internal Affairs. The latter are generally a pity, well, where does a modern Interior Ministry officer understand the angry statement against Yuri Apukhtin, who wrote an article about Vlasov? Where is the average Interior Ministry official and where is Vlasov?

And so the poor policeman takes someone from the editorial office with the question “What are you doing?” For the trunk, and he explains to him that Yuri Apukhtin is ours, of Kharkov, who came to Russia to exchange prisoners of war, and before that he was sitting in the Kharkov dungeons of the Security Service of Ukraine. And he wrote about the traitor-general Vlasov more than fairly, and Apukhtin himself is not to blame for the fact that the fool who owns the Internet did not like something there.

Or there is another author on the site, a fan of airplanes. I wrote, you know, a rascal that the Focke-Wulf was a good plane. Atu, there’s nothing to praise and praise the Nazis here! Submit an article for the propaganda of fascism in the studio! More precisely, delete the article, the author ... with the author, too, something to do.

In general, we at the editorial office are already starting to get used to it. Already complaints and statements to various authorities, from ILV to the prosecutor’s office, have moved from the category of surprising to the category of regular ones. For a month to pass without 4-5 of such events, that's all, far in the past.

And what, in fact, is surprising?

On the side of the modern consumer of Internet information, an unsatisfied ego and a complete lack of knowledge. Hence the heaps of statements on the topic "I'll show you how not to respect me."

By the way, it is not surprising and quite natural.

What was there in 1937? Nothing like that, right? Yes, the "bloody" Stalin spread rot. In prisons, camps, on "construction sites of the century."

Many people are discussing this today, the topic will never subside as long as there are fools and frenzied people in the world. “The role of Stalin and his guilt in what happened in the 30-s of the last century” is an excellent topic in order to exalt oneself and throw a sort of fleur of intelligence.

Talking from time to time with representatives of that same stratum, I wonder just how they have everything sorted out on shelves. Stalin is guilty of repression unequivocally and irrevocably. Dot. Axiomally and does not require proof. Who needs proofs — out, in the school curriculum, in the works of Solzhenitsyn. Everything is beautifully painted there.

Excuse me, but what about the 5 (FIVE) MILLIONS of denunciations that are still stored in the FSB archives?

Logically, since there was no Internet or television in those days, and radio was not so common (the farther from the centers of civilization), the USSR post was not much different from the Russian post. Did Stalin personally appear in a dream to everyone who wrote a denunciation and ordered, in an orderly manner, to compose both near and far?

It turns out that he was.

And composed. And this is 5 millions in archives only. One can only imagine how much burned and was destroyed during the war in the same European part of the USSR. I think twice for so much, because not every denunciation was given a move.

But the fact that the people actively scribbled like this without bothering with aesthetics is clear and understandable. And scribbled in the end.

And then one thought came to me.

And why should the state refuse free labor?

Yes, it’s complicated, like what used to be, a chicken or an egg, a denunciation or a gulag? Calm down, the Gulag was before. The grandfather Lenin ordered the concentration camps to be built.

But here they began to use them as drives of free laboring mass a little later, this is so. But the point is not about the Gulag, if it’s worth talking about, it’s not here.

“At the request of the working people,” remember?

You don’t find analogies, no? Today, too, “at the request” and “with the support” of the population, we are now reforming the reform - be healthy. True, he asked and how he supported - this is a great mystery, but the effect has a place to be.

And today, as practice shows, the writing of denunciations is beginning to become fashionable. Well, that's not bad. Write to the traffic violator, the boorish official, or the bribe taker - why not? Write, especially since everything can now be sent over the Internet.

In general, the Internet is an elegant tool for self-affirmation. You can write something like Your Opinion, you can write somewhere. Or to someone. In general - the expanse is complete, and even safe.

Censorship ... And here she is born, darling. In exactly this way, at the “request of the citizens”, signed petitions and other instruments are sawn.

It is clear that there is official state propaganda. Which are carried to the masses of the First Channel, RTR and others. With all the ensuing consequences. And this piece of information is unshakable, like Everest.

In Ukraine, everything is bad, tomorrow the last groundhogs will eat up. The whole world wants to conquer us, we must be ready. The dollar will collapse soon. Well and so on, according to the list. 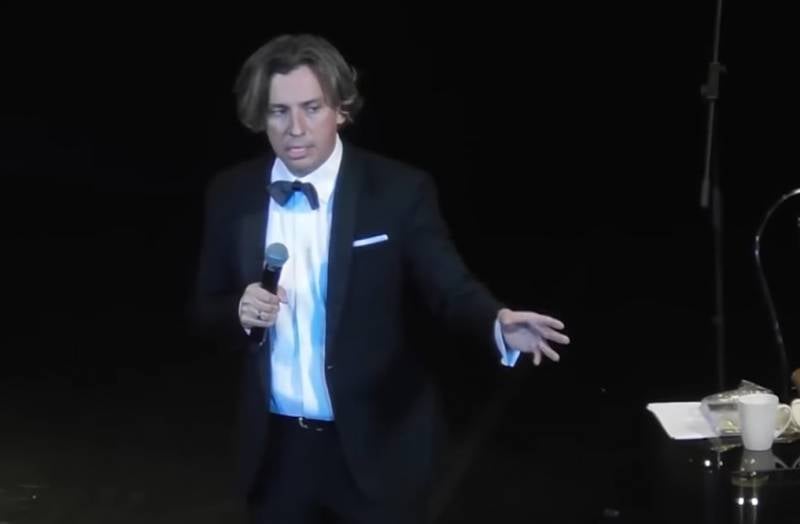 This is very professional information. I agree with the opinion of Galkin, soundly and deliciously cooked and completely ready for use. It remains only to swallow and absorb. Thinking is completely unnecessary.

And nobody is going to think.

We have already discussed more than once that even here, even in our rather advanced audience, there is ... a certain simplification. Yes, it’s very easy to look through the article diagonally (and some cannot do it, it’s difficult) and rush in with Your Opinion, the main essence of which is to declare the author’s stupidity and show who is knowledgeable and understanding, if not the Master.

Better yet, when His Majesty Hype. A catchy headline, five paragraphs of delirium (I will not point fingers at some media), and success is guaranteed.

But because it’s just for consumption. Like officialdom. At the unicellular level.

And this, too, is like censorship. Clever and almost clever articles lose by hype. So they can not be prohibited, they themselves will die out, like dinosaurs. And only the official position will remain, which is quite satisfied with the majority of those who eat on the TV and the information consumer in Yandex Zen.

And it turns out that we ourselves arrange censorship. In fact, prohibiting materials that are contrary to the official point of view, or generally accepted in the Internet community.

It all started with criticism. Continued with complaints. What will be the third step leading to victory, I do not voice, but by analogy with 1937, it is not difficult to assume the year.

Today, the state can be accused of organizing censorship as much as you like, but ... Why, if we ourselves do this well? Just look at the rapidly yellowing headlines of the central news agencies.

In general, we are on the right track, gentlemen. The only question is - where?

But wherever this very curved path leads us, it is always worth remembering that we ourselves cave it.

We are in Yandex Zen
About Stalin and Khrushchev
What you didn't want to know about England
199 comments
Information
Dear reader, to leave comments on the publication, you must to register.