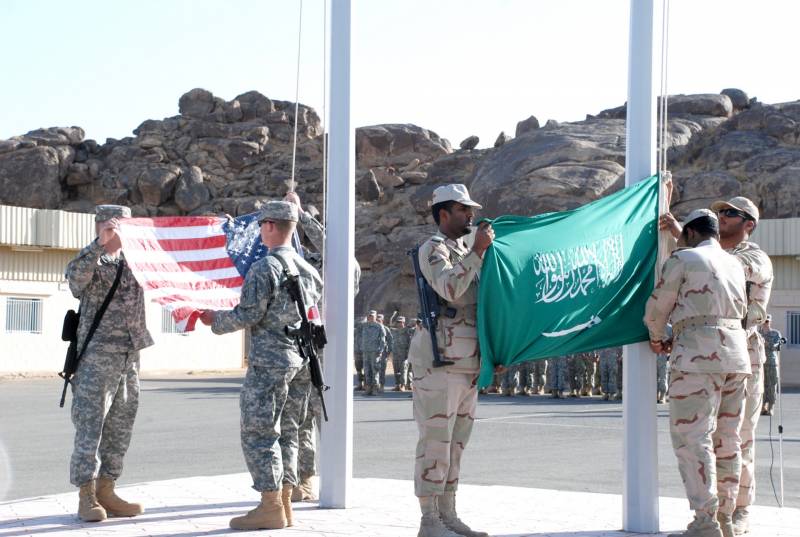 The growing US military presence in Saudi Arabia continues, Stars and Stripes writes, citing President Donald Trump's message to Congress. Further deployment of forces designed to protect against "hostile actions of Iran" will eventually bring the number of US troops in the kingdom to 3000.


The troops will remain in Saudi Arabia "as long as their presence is required." Other means, including radar and missile systems to ensure air defense, as well as two fighter squadrons, will also be sent soon, the report says.

The United States began to build up its presence in the Middle East in May, after intelligence reports pointed out new threats from Iran. Tensions escalated in September, when Washington accused the Islamic Republic and its forces of assault on oil and gas facilities in Saudi Arabia.

In addition, The New Arab reports that Saudi state corporation Saudi Aramco plans to protect its refineries with a fleet of domestic-made combat drones. The company intends to acquire an unnamed number of Bakir aircraft to ensure the safety of its oil facilities. About how exactly drones will protect oil production and oil refining facilities from drones (in the event of an attack) is not reported.

We are in Yandex Zen
Civil Defense Day. Emergency forces are always ready to help
US expert community is trying to identify ways out of the Afghan impasse
8 comments
Information
Dear reader, to leave comments on the publication, you must to register.