The bell is not heard under water 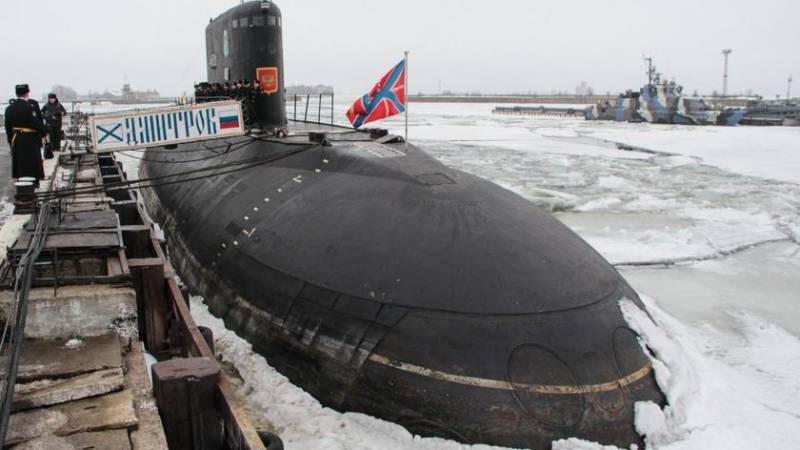 The other day, TASS reported, citing its sources in the Ministry of Defense and the USC, that there, in the bowels of the departments, the issue of building another series of Varshavyanka class submarines is being considered.

The question arises: is it zrad or overdrive?

Boats, especially submarines, as I have said more than once, are excellent. We can’t build aircraft carriers and cruisers, we need to rivet the submarines in such quantities that the whole world with a shudder looks at the ocean surface in case of something. For it is from there that HE, the Day of Judgment, the Apocalypse, or simply multi-megaton greetings to our enemies will come.

So for the Baltic fleet will build "Varshavyanka". Well, not the newest project, after all, the 70s of the last century, they began to build from the 90s ...

However, the boats of this project in different versions serve in several fleets (China, Algeria, Vietnam, Russia), and so far seem to meet modern requirements. Not at the highest level, but consistent.

In general, if you look at the payroll of the Twice Red Banner Baltic Fleet, it becomes uncomfortable.

How many submarines do we have in the Baltic?

That's right, one. While the "potential" 16 boats: six German, five Polish and five Swedish submarines. And do not say that the Swedes are neutral. Considering how they regularly find our boats in their waters, everything is in order with “neutrality”.

That is, if anything, they will drown.

And we have one diesel-electric submarine. Yes, and that - conditionally.

Conditionally, this is because the B-806 “Dmitrov” torpedo diesel-electric submarine (877EKM project “Halibut”) became part of the Soviet Navy 33 a year ago, in 1986. This is not a boat, it’s, sorry for the comparison, almost “Zaporozhye” in the Ukrainian fleet. But at least it’s swimming.

Today, Dmitrov is used exclusively for training anti-submarine calculations of surface ships. The boat is clearly unsuitable for any real military operations, moreover, it will definitely be decommissioned, like its unfortunate sisters, the Vyborg diesel-electric submarine (1983 year). 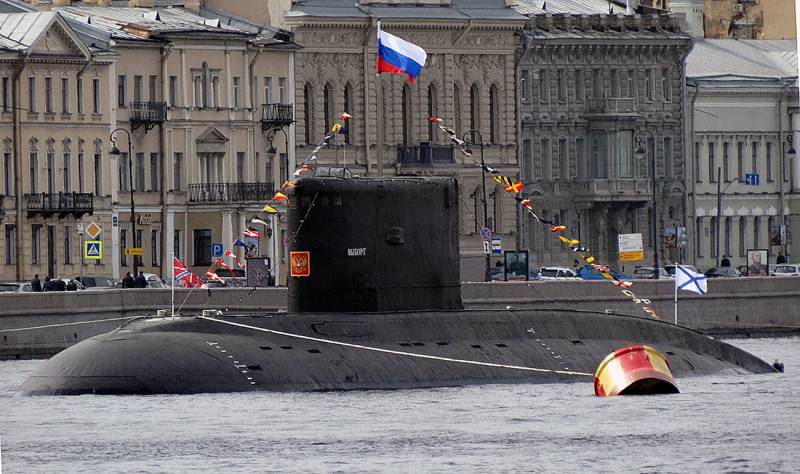 Last year, the B-227 Vyborg was withdrawn from the combat strength of the fleet and transferred as an exhibit to the branch of the Patriot park that was being created in Kronstadt.

In general, everyone understood how wonderful and readily everything is. 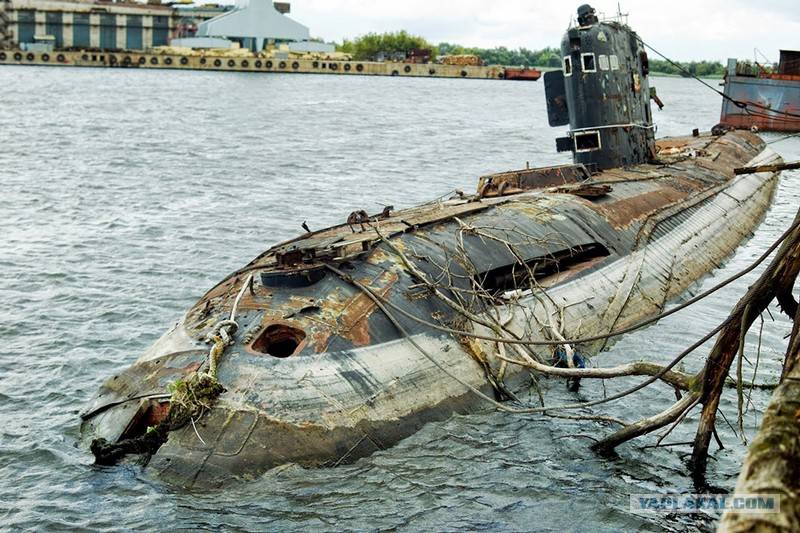 Understood even in the command of the fleet. And they decided to strengthen the Baltic submarine division (well, what can I say if it is one in the division?) With another boat, having transferred it from the Black Sea.

The idea is sound, if not for one "BUT".

This is another “Halibut”, DEPL B-871 “Alrosa”. For a long time, Alrosa was the only submarine in the Black Sea Fleet. So deserved ship, 1988 of the year of manufacture, that for the past 5 (FIVE) years it has been being repaired in the walls of the shipyard No. 13 in Sevastopol. 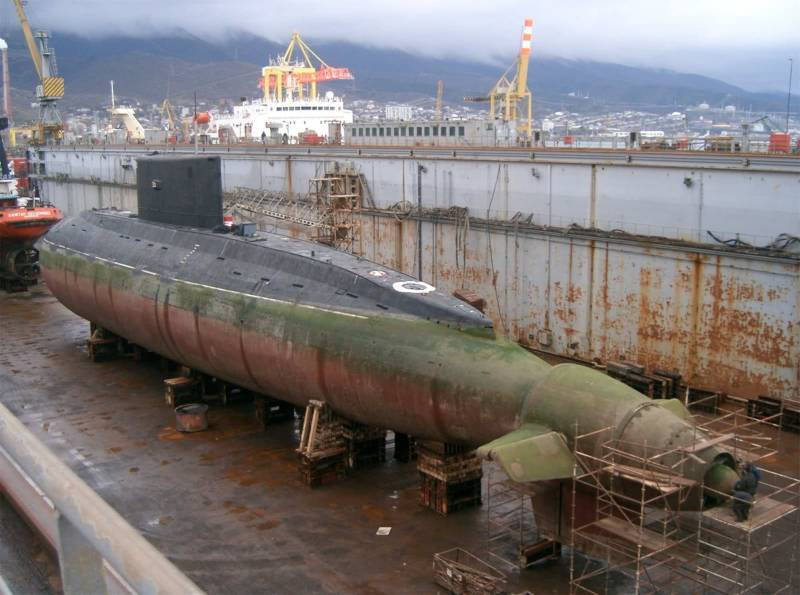 So, as soon as Alrosa goes out of repair (if it does, something is wrong with the engines), it will be transferred from the Black Sea to the Baltic Sea, to the 3 separate BF division in Kronstadt.

How valuable such an enhancement, I think, is not worth deciphering. Instead of one pimped will be two. This, of course, will raise something. Combat potential, perhaps. But in fact - everything is very bad here.

I would not want to praise the enemy. But the fact: German submarines belong to the latest 212A project and in fact, only they will be enough to complicate the situation. Indeed, in terms of secrecy of navigation, they are an order of magnitude better than the old "Halibut", since they are equipped with an air-independent power plant (VNEU) and therefore are able to not surface for almost a month.

Unlike “Halibut”, which are forced to appear on the surface at best every 3-4 of the day to recharge their batteries. At the risk of being detected not only by sonar, but also by enemy radar stations.

By the way, everything that is said in the direction of “Halibut” is also true for “Varshavyanka”. The problem of VNEU was not solved, so you really should not count on really outdated boats if something happens.

And, by the way, there’s another unpleasant moment. Until the appearance of the first Varshavyanka in Kronstadt, neither the B-806 Dmitrov nor the B-871 Alrosa will survive.

Admiralty Shipyards are now building boats (the same Varshavyanki boats) for the Pacific Fleet. And to do this, according to the contract, will be until 2023 year. That is, laying the first boat for the Baltic will not be earlier than the first of the Pacific boats leaves the plant, is it logical?

That is, not earlier than 2023 year. Annoying? Annoying.

“Admiralty Shipyards”, which have taken off overclocking so well and work in such a way that the pace is not Soviet, of course, but quite imagined, they will build boats for the Baltic. There is absolutely no doubt about that. The whole question is when?

Let's try to predict. The series will be the same as for the Black Sea Fleet and Pacific Fleet, or less. 4-6 boats. Less than four makes no sense at all, given the balance of power, I would have decided that after all six.

The first boat will be available in the 2026-2027 years, the entire series in the 2030 year. This is in the most successful scenario.

That is, two rarities, Alrosa and Dmitrov, will have to serve at least another 7 years. As much as possible? It is very doubtful that the boats will go to cut much earlier, it’s dangerous to sail on them now, not like going on military campaigns.

Yes, they’ll last a couple of years. Farther from the submarine division will remain the headquarters with coastal rats.

There are no boats in the Baltic - this is not only a breach in defense. Thank God, it seems as long as no war is foreseen. But there is one more nuance. An undetermined amount of time (5-8 years) will not be carried out training for the sub-melting. But this is worse, and worse pretty.

And the third minus. This is, in fact, the Varshavyanka itself. More precisely, the lack of the same VNEU. The boat itself is really good, the only problem is that it still belongs to the third generation, that is, it is being built, modernizing, from 1983 of the year. Over the past couple of decades, Varshavyanka has repeatedly tried to sentence. And stop releasing really outdated (albeit morally) boats.

But in Russia, everything is somehow not very in this regard. Money is poured in as before, but there is no result.

But nothing works out for us. Despite the mountains spent in various design bureaus of money. And here the question arises of the competence of the employees of TsKB Rubin, which consumes money with enviable regularity, spewing mountains of promises in response.

And VNEU is still there ... Despite many peppy statements for the press of Russian designers at the annual forum of promises “Army- ...” Tomorrow, the maximum, the day after tomorrow everything will be!

But time is passing, and there are no changes in terms of VNEU. And, apparently, it will not.

But admitting this is apparently unrealistic. Therefore, strange dances with shorts of the fourth generation of the 667 Lada project continue. “St. Petersburg” was launched in the 2009 year, and it continues to exist as a do not understand what with diesel engines. 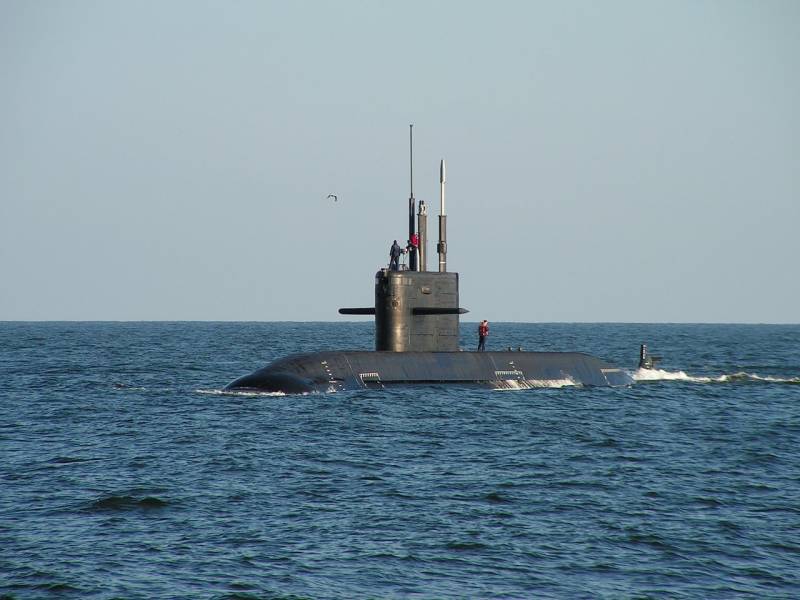 In 2018 (!!!) Kronstadt was launched and even began to be tested. Again, with conventional diesels. In the 2020 year, apparently, the Great Luke is facing the same path. 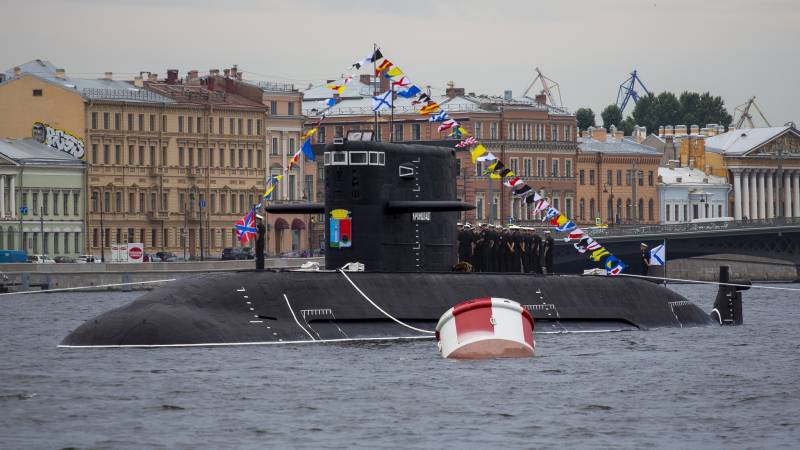 How then will the Lada project differ from Varshavyanka? Find, as they say, three differences.

But ours went even further. “The fourth generation is garbage! We will build the fifth right away! ”

Well, with loud statements, we always had a complete order, they declared more than enough. There were many interviews and stories about how the fifth generation boat will tear competitors. They even came up with a name - Kalina.

But either the name didn’t really fit, or, by analogy with AvtoVAZ’s products, Kalina didn’t go very well. More precisely, did not go, unlike the car, at all.

According to the United Shipbuilding Corporation, the design of such a wonderful Kalina was assigned to 2015. Pledge it at the Admiralty Shipyards in 2018. But not laid so far.

But in March of 2019 of the year there was information that "funding for a project to develop a promising non-volatile power plant with an oxygen-hydrogen type electrochemical generator to equip advanced ultra-low-noise non-nuclear submarines of the 677 Lada Ave. was frozen."

Apparently, the patience of someone at the top burst, and more “Ruby” containers with money do not shine.

As well as the Russian Navy does not shine the fourth (at least) generation submarines.

Accordingly, the only thing left is to build the Varshavyanka. Here are the promises, here’s the prospect.

And now, how is it logical to judge how good and beautiful it all is? The situation is so-so. In the Far East, according to some, Tanks they will be able to withstand the amphibious landing and will sink the ships, God forbid that at least “Varshavyanka” appear in the Baltic.

Yes, the boat is old, of Soviet design. It was once unique. Now - a strong middle peasant, nothing more. Yes, adapting to Caliber is not bad. This is very good.

Especially in the Baltic, where there are plenty of opponents and well-wishers, but we don’t have boats.

Well, everything is as always. But if it is not possible to build modern submarines, you need to somehow get out of the situation and build what is possible. Even if it’s an old Varshavyanka with Caliber.

This is better than the “nothing” that we have today in the Baltic.

Ctrl Enter
Noticed oshЫbku Highlight text and press. Ctrl + Enter
We are
The tragedy of the American army ("The Atlantic", USA)Situational analysis of the death of the MH17 flight (Malaysian Boeing 777), made on the basis of engineering analysis from 15.08.2014
123 comments
Information
Dear reader, to leave comments on the publication, you must to register.