US sends signal to Russia using B-52 bombers 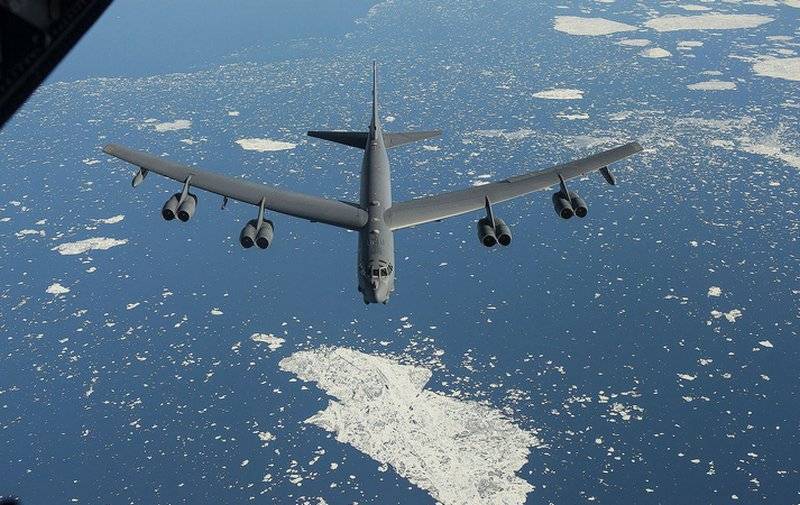 American strategic bombers B-52Н, while in Europe, not only convinced NATO of support and sent Moscow a scare signal, but also showed Russia "additional scare." Writes about this Business Insider.


American B-52Н strategists have been in Europe for four weeks, participating in various exercises, the purpose of which is to assure NATO’s European partners in supporting the alliance and also to send Moscow a signal of intimidation, the newspaper writes. The very first operation to frighten Russia was carried out in October: US bombers, accompanied by Georgian, Romanian, and Ukrainian airplanes 12 hours, flew over the Black Sea along Russian borders.

Then B-52 participated in the Global Thunder exercises, during which they worked out the dumping of nuclear bombs, carried out flights in Saudi Arabia and, after returning to Europe, conducted flights in northern Europe.

At the end of their stay on the European continent, three out of five bombers patrolled the Norwegian Air Force F-16 fighters and long-range U.S. Navy reconnaissance aircraft in the Arctic Circle and moved to the very border of Russia in the Barents Sea.

The operation in the Barents Sea (...) has become a clear example of US capabilities for additional intimidation
- said on this occasion the representative of the US Air Force.
Ctrl Enter

We are in Yandex Zen
Business Insider: In the ranking of special divisions of the world, Alpha is in sixth place
Russia is taken to the Golden Billion
43 comments
Information
Dear reader, to leave comments on the publication, you must to register.