NATO is tearing into the Arctic, but it is too tough for the alliance 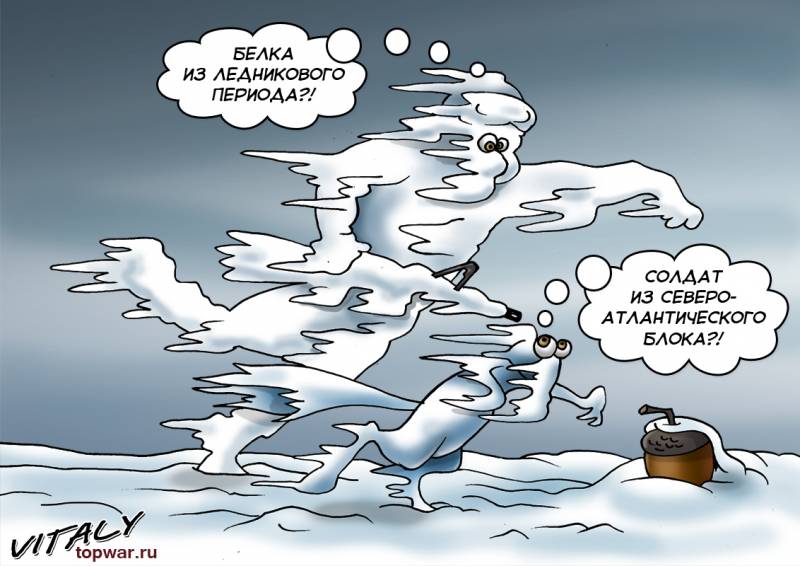 The Arctic remains in the center of attention of many countries of the world, attracting with colossal natural resources that hide the Arctic ice, and its strategic position. Global warming can fundamentally change the climatic conditions of the Arctic and make it much more attractive economically.

France changes Africa to the Arctic?

In addition to the traditionally interested in the northern territories of the USA and Great Britain, as well as the ubiquitous China, even France is ready to join the competition for the Arctic space. Interestingly, before Paris did not show much interest in the Arctic territories, preferring to assert its political and economic influence on the African continent, and to conduct military tests in the Pacific Ocean, closer to the Antarctic than to the Arctic. But now the situation has changed.

As a member of the North Atlantic Alliance, France expects as part of NATO to gain access to the northern seas and begin to fully operate in the Arctic. The obvious arctic ambitions of France are confirmed by the military-technical decisions of Paris. And these decisions followed shortly after the autumn Arctic Trident Juncture 2018 exercise in 2018. The US was the organizer of the exercises, but the American command very quickly revealed numerous shortcomings in the logistics of its armed forces, which made American soldiers extremely vulnerable to operations in the Far North.

So, the catapults of American aircraft did not function in the cold, grease was frozen in the trunks. But most importantly, American soldiers in the Arctic felt, probably, as the Napoleonic army near Moscow in the 1812 year. And if the American army, despite the fact that the USA is one of the Arctic countries that has its own territories in the Far North, was not ready for military operations in the Arctic, then what can we say about the French armed forces!

Naturally, the unsuccessful experience of military exercises was learned and digested by the American military command, and along with the military leadership of other NATO countries. It was France that became one of those member states of the North Atlantic Alliance that embarked on the path of improving their military equipment and armaments to give them the ability to operate in the Far North. 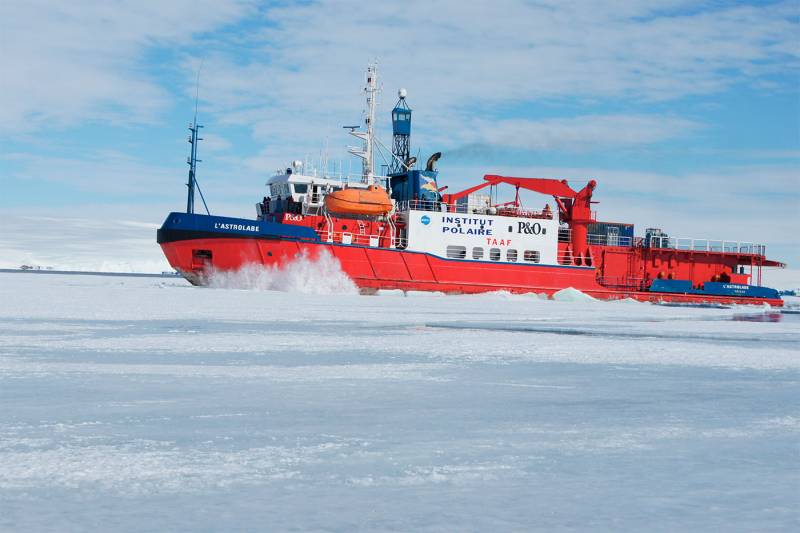 It is worth noting that warming is indeed observed in the Arctic. So, the length of the Arctic sea ice in October 2019 of the year decreased to 5,66 million square kilometers, which is the lowest figure in stories Arctic over the last 40 years. The previous record level was still higher by 230 thousand sq. Km. In the Chukchi Sea, for example, the lowest extent of sea ice is observed in comparison with all previously recorded.

That is, the environment of the Arctic is changing rapidly. Such transformations are occurring as a decrease in ice cover in the northern seas, a decrease in the level of snow cover. Ice sheets are melting, and the air temperature in the Arctic rises almost two times faster than in other regions of the planet.

Such changes in the Arctic space no longer surprise anyone. Global warming is growing rapidly, and with it new opportunities are opening up for the use of Arctic spaces. First of all, the Arctic is a real storehouse of the most valuable natural resources, the exploitation of which has not yet begun. And Russia will have more than enough competitors for the right to extract and use oil, gas and other natural resources of the Far North, and not only among its closest neighbors in the northern latitudes.

In addition, the Arctic is a unique territory through which the shortest route from Europe to Asia lies. The Suez Canal, for which both the British and the French were so worried at one time, is a long and uncomfortable way compared to the shortest arctic highway. It is enough to go along the Northern Sea Route - and you are already in China, Korea or Japan. For European business, such an artery is a wonderful marine alternative to the new “Great Silk Road”, which has been carefully revived by China.

France plays, together with Germany, a key role in the European Union, so the advantages of the Eurasian trade provided by the Northern Sea Route in Paris can be fully appreciated. And it is precisely to ensure the protection of their political and economic interests in the Arctic that the French leadership is beginning to “Arctic” modernize the arsenal of the country's armed forces, primarily ships of the Navy, aircraft and helicopters of the Air Force. 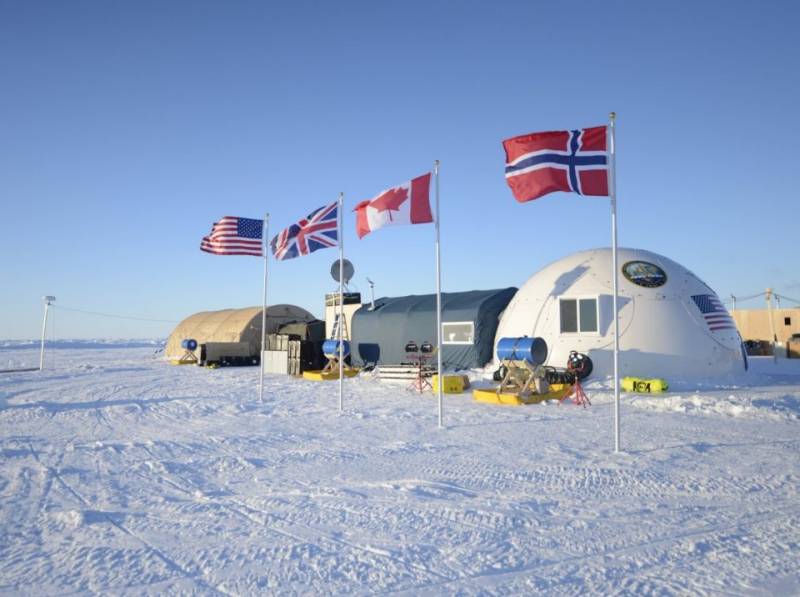 Clear evidence of France’s open Arctic ambitions is the development of the latest Arctic-class helicopter Х6. This helicopter was laid back in the 2015 year. It is a multi-purpose vehicle designed to transport 19 passengers and 5 tons of cargo.

Advantages of the helicopter - electro-remote control system, anti-icing system. The machine runs on Tech 2 3000 gas turbine engines. The new helicopter will be able to move away from the base at 700-800 kilometers, which will give it much greater independence compared to its predecessor, the Super Puma helicopter, which is able to fly away from the base at 300-350 km. 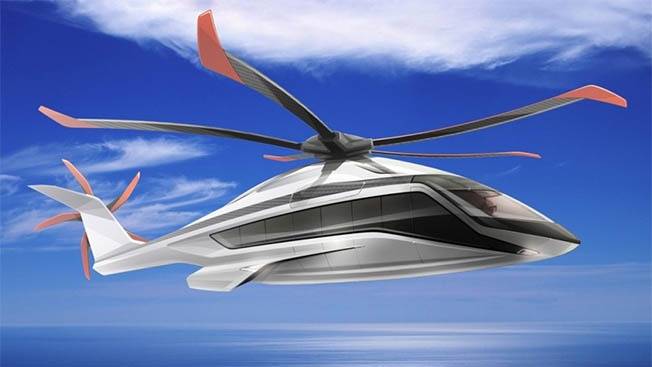 The helicopter will go into operation in the 2020 year if everything goes according to the calculations of Airbus specialists. His crew will be 2 person. Thus, the new machine is designed for flights in difficult weather conditions and, as French experts expect, will be able to work even in the Arctic space.

But why France needs the Arctic, if the country does not even come close to the Arctic seas? To begin with, France is not just a member of NATO, but a state claiming a militarily dominant role in continental Europe. It was the French president Emmanuel Macron who voiced, and more than once, the idea of ​​creating a pan-European armed forces, in which France would play a key role. But if France becomes the military leader of Europe, then it will have to worry about the security of the northern states of the European Union, which are already in relative proximity to the Arctic latitudes.

French submarines are now navigating in the Arctic seas, which also means that in certain situations, France may require aircraft capable of operating in the Far North. The development of a new helicopter just indicates that Paris takes this need very seriously.

France also does not hide the desire to take part in the struggle for Arctic natural resources, which will also require certain military efforts, at least of a demonstration nature. At least, staying away from the “ice cake” section would be very short-sighted for Paris. As a last resort, France will join the Arctic project of NATO and will use the capabilities of its allies in the North Atlantic Alliance, which includes such northern states as Norway, Denmark (with Greenland), Canada and Iceland.

Why is the Far North too tough for NATO?

The Arctic ambitions of European states raise a logical question for us: how realistic are the chances of the countries participating in the North Atlantic Alliance to somehow establish themselves in the Arctic? To begin with, such countries as Denmark or Norway, being the Arctic states, have all the opportunities for the unhindered operation of their own Arctic territories.

But its Far North European states are few. It is no accident that in Norway, for example, they are increasingly saying that Russia's activities in the Arctic pose serious environmental risks. The Scandinavian countries, exploiting their image of environmentalists, are trying, with the help of such demagogy, to prevent Russian military exercises in the Arctic and the development of the natural resources of the Far North.

It is clear that neither Norway nor Denmark in themselves are Russia’s opponents or competitors in the Arctic or in any other space. Talking about competition in the Arctic with Denmark or Norway is simply ridiculous. But these small states follow in the wake of the general Arctic policy of the West. 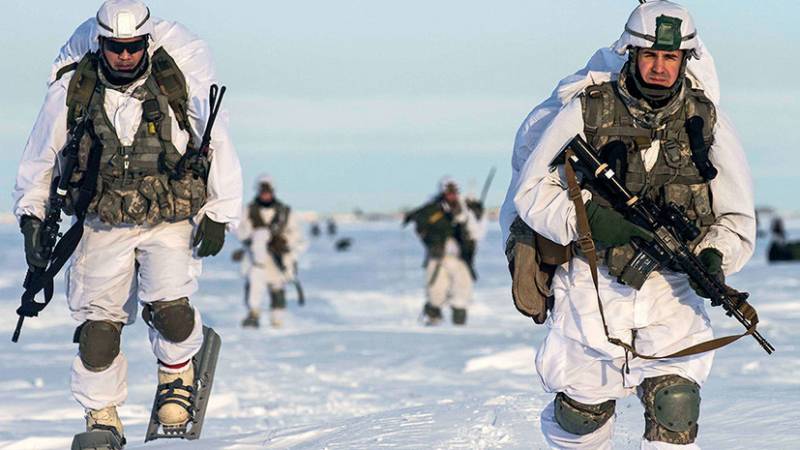 If we talk about the military-political aspects of the development of the Arctic, then European states simply do not have real opportunities to confront Russia in the Arctic space. Neither the UK nor France, not to mention Norway or Denmark, possess the military potential that would allow them to be independent military players in the Arctic. Numerous military exercises conducted by countries participating in the North Atlantic Alliance only demonstrate an inability to cope with the elementary tasks that the Russian armed forces have long solved for themselves.

Against this background, France’s creation of a new Arctic helicopter, although it makes one somewhat wary, is nothing more. Russia has enough strength and capabilities to protect its interests in the Arctic. But there is one very big “but” - our country has maximum advantages in the northern seas now, while the Arctic spaces are ice-bound and operate in the North Ocean without a powerful icebreaker fleetwhich only one Russia possesses is impossible. The personnel of the majority of the armies participating in the North Atlantic Alliance do not have the proper level of combat training for operations in the Arctic conditions, and this is not only about the ground forces, but also about paratroopers, marines, special forces, which in the event of a conflict will have to take on the main the load of military operations in the Arctic latitudes.

With further climate change due to global warming, the situation may change. The ices have long been the defenders of the northern borders of Russia, but their melting may lead to the possibility of ice-free shipping in the Arctic seas. Moreover, warships of foreign countries will be able to freely operate in the Arctic seas. It is the distant prospect associated with warming that carries increased risks for our country.

Thus, Russia should prepare for competition for the Arctic, which will be more and more fierce and large-scale, including more and more new players: from France to Japan, from China to Canada.

Ctrl Enter
Noticed oshЫbku Highlight text and press. Ctrl + Enter
We are
Arctic: thawed or frozen?Russia is going to take away the right to the Arctic
31 comment
Information
Dear reader, to leave comments on the publication, you must to register.