Kolomoisky as a mirror of the Ukrainian revolution 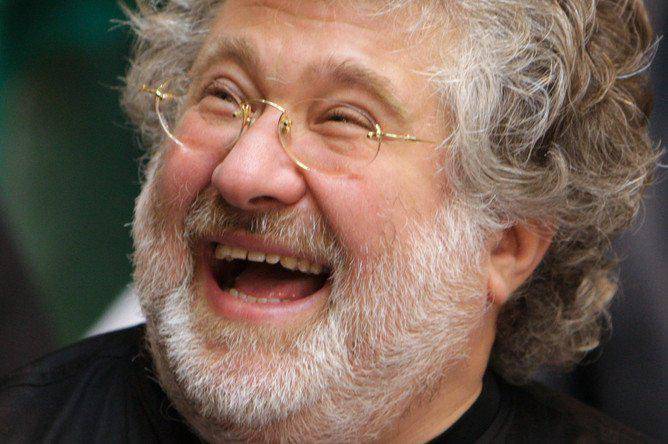 From time to time, Igor Valerievich Kolomoisky, a famous odious oligarch, who today, according to many, is the confidant of President Zelensky, gives scandalous and frank interviews. This time, his bright journalism appeared in the New York Times, the mouthpiece of America’s democratic and anti-Trump forces. He probably knows this, however, in his interview he makes a whole anti-democratic and protramp report. Plus a session exposing the Bandera revolution. And why does he need it?


Kolomoisky himself called the revolution a bad deed and made the kleptocracy of Yanukovych, Russia, the West and so on on the list responsible for the BND revolution of the 2014, but also the Bandera revolutionaries who “shot at the golden eagles” and canceled Kivalov’s language law - Kolesnichenko and fleeing with bulging eyes in the Parliament and the country.

In the Donbass, he repeated his old thought, there is a hot civil war, and throughout Ukraine a cold civil war, with Kolomoisky recalling the murdered writer and journalist Oles Buzin as a victim of this war. On the other hand, he called her the victim of a journalist Sheremet blown up in Kiev.

Interestingly, Kolomoisky announced the amount for which you can buy today's Ukraine - 100 billion dollars. He believes that Moscow will give such money to Kiev for a change in political orientation. Firstly, this is an awkward figure: according to the testimony of US Assistant Secretary of State Victoria Nuland, Ukraine cost America only 5 billion dollars. Russia then promised investments in 15 billion dollars, of which three managed to give out to Yanukovych. More unlikely to give: burned.

Secondly, the figure of Kolomoisky is completely unacceptable for Moscow, and as an intelligent person, he understands this. Perhaps Igor Valerievich called the amount in which the buyer put up for sale Ukrainian land or just “Ukraine”.


Everyone understands to himself that Kolomoisky told the truth, a lot of truth, although he did not tell the whole truth. And now, already repents, speaks a lot of truth about the affairs of recent days. That the West is a “bloodsucker and a world-eater” does not give money, not to consider the miserable billions for which the country can barely make ends meet.

Kolomoisky and his team are in conflict with the proteges of the US Democratic Party in the Zelensky team, the so-called pigs. Igor directly says that Kiev needs to side with Trump and begin an investigation into the activities of prominent Democrat US Vice President Biden in Ukraine.

This is a risky move, but Kolomoisky, as a risky merchant, understands that Ukraine can take risks in its position: there is nothing left to lose, but it is possible to improve their affairs in a successful situation.

What did Kolomoisky say?

By and large, such statements are made by a person who has approached some edge. The situation in Ukraine is aggravating, and Igor Valerievich does not see a way out of it. He peculiarly repents of his sins, but not only: he calls the amount that must be invested in Ukraine to fill the fire of the Bandera revolution with money: one hundred billion dollars. But who will give such money to a country in which there is a hot and cold civil war? And Kolomoisky sends an SOS signal to the air: the drowning man grabs the straw.

Note that in order to rekindle the fire of revolution, the US State Department had enough 5 billion dollars, supposedly for the development of democracy in Ukraine, and where is this democracy? And to extinguish this fire, according to our merchant, you need 20 times more money! This is the price of the Bandera revolution, as Kolomoisky sees it. And the buyer for it all is not and never will be.

Why is the "revolution of hydanny" right now reflected in Kolomoisky’s mirror? It can be assumed that he shows this mirror to Moscow and personally to Vladimir Putin, hinting that he will hear all this from President Zelensky in person. Perhaps this is a decoy for Moscow to go to a personal meeting between Zelensky and Putin.

If such a meeting takes place, the West can accuse Zelensky of betraying his "democracy" in that he became "pro-Russian" in the same way that the West declared President Yanukovych "pro-Russian" after his visit to Moscow and meeting with Putin when he received three billion dollars on social programs. The cancellation of the Zelenskaya Rada by the moratorium on the sale of land and the introduction of a land market may be the reason for the consolidation of the Nazis and nationalists against President Zelensky. And there will always be a billion people in the West for the next coup in Ukraine.