From locksmith to minister. To whom, for what and how they pay 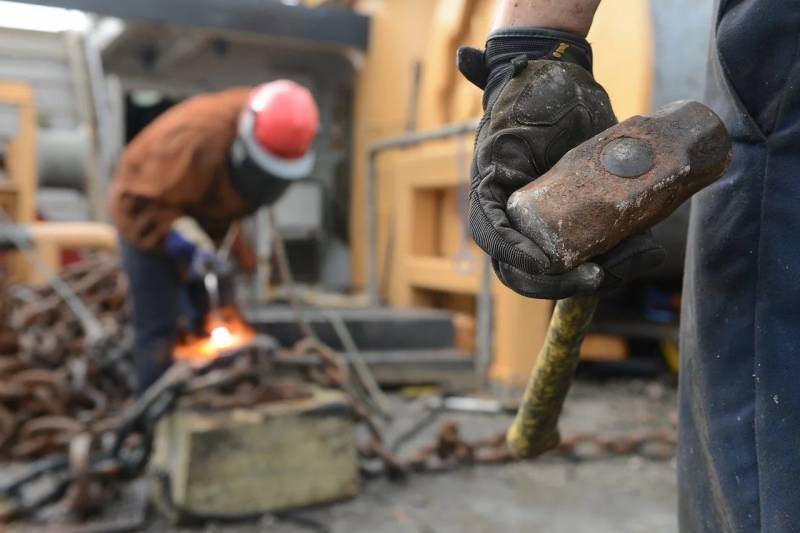 The author of the note led the structural divisions of enterprises and repeatedly participated in the development and implementation of the “Payment Regulations”. The following is based on actual experience.

There was no fair (ideal) system of assessment and remuneration of labor, no, and never will be. But! But one must strive for this wisely, because this is one of the main motivations for effective work / service.

For those who doubt this position, I will say that the situation is similar with the reliability of any process or product. 100% reliability is nowhere to be found, but you need to strive for it, and do not bury it. You can make a reliable bike on 99,9999%, but it will cost like a modern tank.

Anyone evaluates their payment according to two main criteria: the price of the necessary goods / services and payment to another person (not necessarily with a similar profession / position). For example, a good locksmith of the 5 category in the central Russian city receives 25 thousand, his wife in the kindergarten - 15, they have two children - 5 and 10 years. Let him have his own garden / garden and helping grandparents. And still this family lives on the verge of ourselves knowing what. And the director of the factory where the locksmith works receives 500 thousand (which is rather modest in our times), which the locksmith does not know about, but he sees the difference in living standards tenfold. And how will this locksmith relate to work? That's right - we work from now to now, and then even the grass does not grow!

And a sad and evil joke: for the money that an ordinary worker is paid not in the capitals, he has the right to work through his sleeves.

There is the concept of arithmetic mean payment, which, according to statisticians, is about 43 thousand. How does this average turn out, everyone understands. And there’s also a median salary that says that half of the people get more than this amount, but the other half is less! And they say this median rarely and quietly, but all because it is about 28 thousand. Half in the country receives less than 28 000 rubles a month! But here, much higher salaries of the capitals are “buried”, beyond the MKAD the figures for the median payment are lower.

During this time, real wages increased: in the USA by 30%, in Poland doubled, in China four times, but in Russia there is nothing to brag about, only dollar billionaires are more and more ...

And who remembers the task flashed in 2016 from the very top to the Minister of Economics Oreshkin on economic growth of at least 4% per year?

And a sad and evil joke: the more than modest growth of the Russian economy is struggling to be supported only by a change in the heads of Rosstat.

Repetition - the mother of learning

In earlier notes, I mentioned the effectiveness of seeing in any employee, first and foremost, a production associate, but by no means an impersonal employee. It was such that the foremen in shifts sometimes earned more than me, the shop manager. And I earned more than other shop managers by completing tasks on the production, quality, cost, development of new species. And the workers did this, to which they removed the stupid restrictions on payment, began to respect them, consult with them, but began to ask more. It got to the point that the workshop asked for what was considered impossible: to allow mastering the production of expensive purchased semi-finished products without reducing the main tasks. As a result, there was even a trip by the heads of other workshops to the director on the topic of cutting off payments in our workshop, so that workers from other workshops would not be jealous or poked in the eye. Surprisingly, the director sent walkers and said he did not want to figure out again why one workshop did not provide the other three, why a strike had been declared there, and he was satisfied with the technical and economic performance of the workshop. He worked in three teams, where they cleverly tied the payment to the results and everywhere received more than expected, while the wages of workers increased.

I believe that the stepwise increase in tariffs / salaries (and salaries) within 10 — 15% in the discharge-salary grid during the USSR was economically and politically justified. With such growth, envy, if not worse, to the higher was not manifested. So, with the growth of the step in 15% and the minimum tariff in 15.000 rubles / month. the tariff of a highly skilled worker under normal working conditions will be 30.000 rubles / month, the salary of the shop manager 46.000 rubles / month, the director’s salary 70.000 rubles / month, the salary of the minister 106.000 rubles / month. This is only a tariff / salary. Then earn by productivity, quality, district coefficient. But in the amount of no more than two tariffs / salaries, otherwise it turns out idiocy. And there is no contradiction with the capitalist form of production. If you have money - invest wherever you want and have at least a trillion on stocks. According to the proposed scheme, the median payment will certainly grow to at least 35.000 rubles, and the average may fall, but you know, at whose expense it will fall? And in the absence of an increase in the average payment, prices will necessarily fall and those who produce and the country will benefit from it. And the breakthrough will be real, and not like a breakthrough of a water supply pipe.

A former colleague told the facts about Finland. They really have, as it were softer to say, hops with migrants and juvenile justice, but it is also indecent to be defiantly rich, to boast of wealth, to get rich at the expense of others. Ask where Russia is in the economy and where is Finland.

And a sad evil joke:

- Price increases - old Russian fun.
- But under Stalin, prices fell!
- And under Stalin, those who determined the prices were not amused.

Ministry of Culture. In my opinion, the worst-case basic organization, like education, education, health, people, and the state. Around youth mat, and what is the Ministry of Culture concerned with the minister's income of eight million or more rubles a year? Perhaps by the release of highly artistic and extremely interesting films for youth on patriotism and readiness to protect their country and their people? Or maybe that for a boy and a girl your people and your friends are every fellow practitioner that will come to your aid when it will be difficult for you, and your neighbor / neighbor in the house, and an elderly woman in a tram who is already normal will the guy always give way?

Of course, it is problematic to convince the mass of young people of unity with the "majors", but at least one must try to reduce the number of selfish egoists only. In my city, only young immigrants from Central Asia give way to the elderly in transport.

Or, perhaps, the Ministry of Culture is releasing commercials about walking on lawns if a convenient asphalt path is nearby is disrespect for the country, and to consider that balconies are designed for morning clapping of bed linen is tantamount to self-recognition of mental retardation?

At one time it was fashionable among girls to walk in winter in short jackets with a bare lower back. Maybe then the Ministry of Culture and fashion designer Zaitsev became concerned about the danger to women's health and the lack of culture in this fashion? A familiar doctor, a woman, lamented that no one was interested in the fact that they made people with disabilities from such a fashion. Maybe the Ministry of Culture at least ...

Roll up your lips. The Ministry of Culture did not and does not do anything like that. Not to him. They have their own “party” to support creative talents. What a word ...

Well, so, if we pay Medinsky five times less for a start, will he screw up the Minister for Finland?

And who are you?

For the information of amateurs, ask the author questions a la Panikovsky “Who are you?” What have you done? ”I’m reporting the following.

First: this is the rubric “Opinions”. Second: I make comments, and try to make in the form of advice with interesting examples, but this is like a voice crying in the desert. I have experience in communicating with people, including with young people, therefore they usually politely listen, but I doubt the long-term effect. Everyone must deal with the problem, but this is not.

What are they paid for?

HSE professor Huseynov with nasty things about the Russian language. The representative of the EP on the availability of macaroni. “I would shoot four, the rest would calm down”: in Karelia, the head of the administration of the Olonets region, Prokopyev, spoke about citizens who complain about problems. Who are we in the elite? Or do they work out a social order to gradually accustom the people to further collapse and return Catherine’s rescript about the ban on complaining to gentlemen? Maybe we took too many specialists and false patriots as leaders? What legislators are from artists and other athletes, for example, from Valuev, to whom the best boxers of the world hit on the head? But, in any case, what does the state pay them for? If this is a bad job, then you have to pay badly. Well, if this is worse, and they work for the main "partner", then you really need to tear money from them.

And instead of the final joke, a cherry on the cake - an unexpected quantitative analysis of wealth from a production engineer.

But for me, a locksmith is more valuable. But Medinsky is even to some extent a patriot and not at all the worst person in the cabinet ...

Ctrl Enter
Noticed oshЫbku Highlight text and press. Ctrl + Enter
We are
How can Russia survive and win in the 21st century?Russia: the Moon, Mars and further everywhere ... Speeches of the participants of the Izborsky club in the corporation "Rosobschemash"
253 comments
Information
Dear reader, to leave comments on the publication, you must to register.