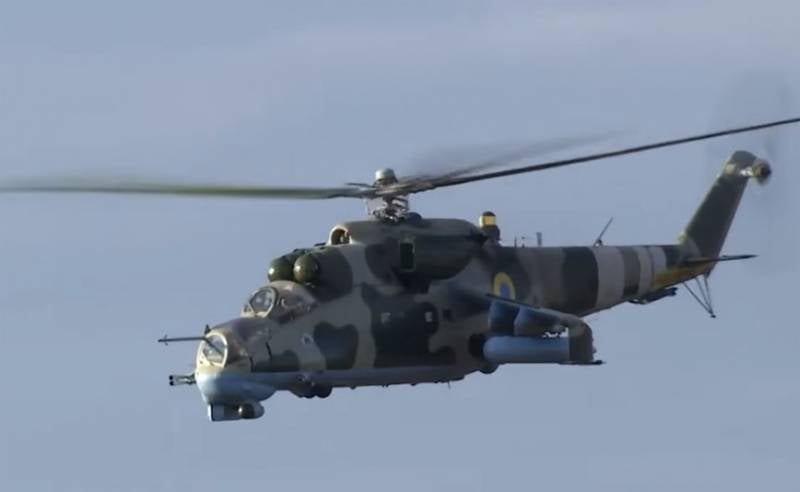 The General Staff of the Armed Forces of Ukraine announces information about the military operation, which was carried out by the crew of attack helicopters Mi-24 Air Force of the country. We are talking about helicopters belonging to the 18-th separate helicopter unit of the United Nations peacekeeping mission.


The Armed Forces General Staff note that Ukrainian pilots received orders from the command of the UN mission to stabilize the situation in the Democratic Republic of the Congo to launch an air attack on the positions of one of the terrorist groups while escorting a transport helicopter TP-1 Oryx of the South African Air Force. According to some reports, the militants began shelling the South African helicopter, and in response to these actions, the Ukrainian crews of the Mi-24 opened fire on the militants.

From the message of the General Staff of the Armed Forces of Ukraine:

Recall that in the 2014 year, the Ukrainian Air Force used helicopters of the UN peacekeeping mission to conduct a military operation in the Donbass.

The plot of this glaring fact was shot by Russian journalists. So far, Kiev has not bothered to explain how helicopters marked with UN peacekeeping units ended up in the Donbass, in the combat zone.
Ctrl Enter
Noticed oshЫbku Highlight text and press. Ctrl + Enter
We are
Summary of the week from voenkor Mag about events in the DNI and LC 21.04.18 - 27.04.18A summary of the events in the DNR and the LC for 14.04.18 - 20.04.18 from voenkar "Mag"
23 comments
Information
Dear reader, to leave comments on the publication, you must to register.