November 10, 2019
51
Ukraine intends to demand from Poland the release of the Ukrainian nationalist Igor Mazur, who was detained on the eve of the Polish border guards and handed over to the police at the request of Russia. This was stated by the Ambassador of Ukraine to Poland Andriy Deshits on his Facebook page. 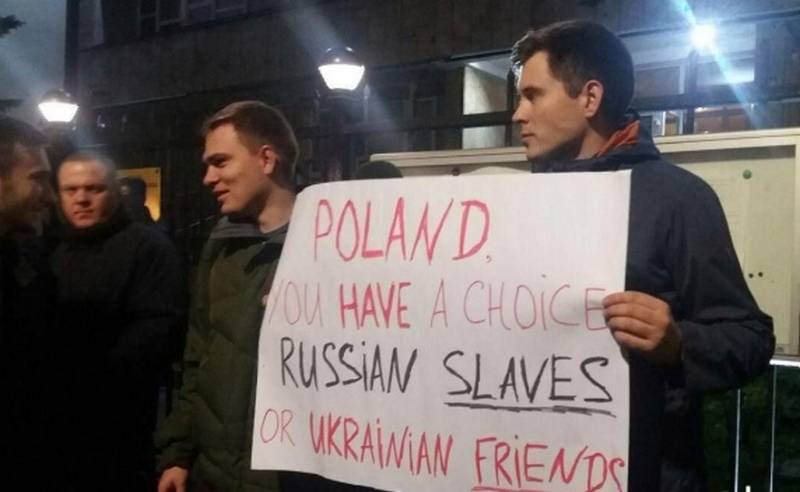 Ukraine intends to demand from the Polish court the release of the nationalist, one of the leaders of the radical organization Ukrainian National Assembly - Ukrainian People’s Self-Defense (UNA-UNSO) banned in Russia, Igor Mazur, who was previously put on the international wanted list by Russia and detained the day before by the Polish police on a Russian request. According to the Ambassador of Ukraine to Poland Andriy Deshitsy, the Ukrainian authorities intend to "bail Mazur."

According to the Ukrainian ambassador, "Moscow uses international law enforcement agencies for political persecution" and it has already been recorded "up to 10 of such cases in Poland", but so far Warsaw has not transferred any detained Ukrainian to Moscow.

At night in Kiev, several dozen people demanded the liberation of Mazur from the Polish embassy, ​​and the Ukrainian Ombudsman Lyudmila Denisova stated that Igor Mazur, an employee of her secretariat, was detained in Poland.

In Poland, they said that the decision to extradite Mazur to Russia would be decided by the court, and the final decision would remain with the Polish Minister of Justice.

On the eve of the Polish border guards detained the Ukrainian nationalist Igor Mazur, against whom a criminal case was opened in Russia. In 2014, Mazur led the formation of the "Right Sector" banned in Russia, participated in the riots in Kiev, and then fought in the Donbas as part of nationalist groups. In 2016, Mazur became the deputy chairman of the banned UNA-UNSO party in Russia.
Military Reviewin Yandex News
Military Reviewin Yandex Zen
51 comment
Ad