Macron in an interview said about "illegal immigrants from Ukrainian gangs"

November 1, 2019
47
An article in the French edition is actively discussed in Ukraine Current Valuesinterviewed by the President of France. The outrage in Ukraine was caused by the words of Emmanuel Macron, which he said in an interview with this conservative magazine. 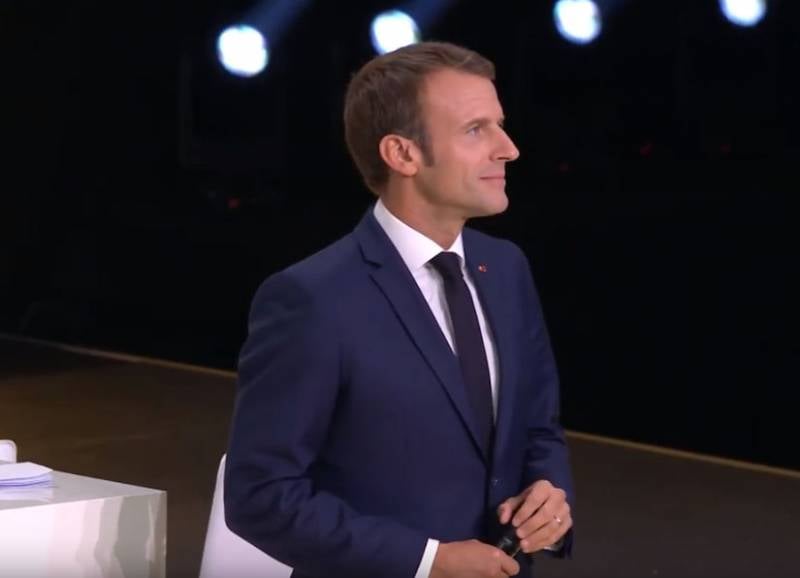 To begin with, it is worth noting that a significant part of the interview was devoted to migration issues, including migration to the mainland from overseas French territories. Here are just a few questions posed by the journalists of the publication:

How to continue to maintain that there is no connection between Islam and Islamism?
How to distinguish a radicalized woman from a woman in a veil?
How to reform migration policy?
According to Macron, he stands for controlled immigration. The President of France noted that the government is engaged in legal migration issues, working with quotas of the European Union on the distribution of immigrants. Macron added that illegal immigrants radicalize society and pose a threat to national security. In particular, the president mentioned mass protests.

And here are the very words of Emmanuel Macron that provoked indignation in Ukraine:
I prefer legal immigrants from Guinea or Côte d'Ivoire (...) instead of illegal immigrants from Ukrainian or Bulgarian gangs.
In this statement, an explicit reference to the Ukrainian Maidan symbols that flashed during the protests in Paris and other cities of France.