In Poland, they called mistakes during the training of GROM special forces in urban conditions

October 31 2019
18
In Poland, they spoke about the training of GROM special forces. It is reported that one of the most important components for commandos at the moment is the development of operations in urban areas. 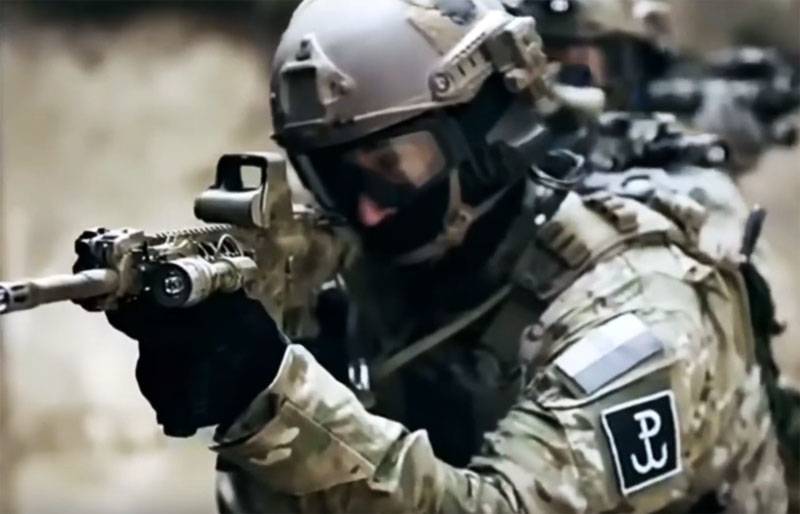 Training takes place at a training ground in the city of Wenjin.

From the statement of the commander of one of the GROM units:

It is important for fighters to practice tactics of military operations in an urban environment. But we do not practice assault missions. We do not storm buildings. We provide support to the unit, which solves the task assigned to it at this site. It reminds a situation when money is delivered to the bank. The task of protecting the bank is to ensure the security of money from all directions. Our task is to take control of the sector in the city and defend it so that the enemy could not interfere with the implementation of the main phase of the operation from the outside.
During one of the trainings, Polish commandos were tasked to advance to the designated area. On the way, as reported by the Polish media, an introductory message about an attack on special forces was received. Polish soldiers took refuge in the building and took up a circular defense, "turning the building into a real fortress for 24 hours."

Our task is for the main power units in the combat mission area to feel that we are ensuring their safety.
It is not entirely clear how this statement fits in with the words that the GROM unit attacked the conditional enemy during the passage to the operation area, from which they actually had to hide in a separate building for about a day.

After operations within the training course, results are summarized. In particular, a number of errors have been reported. Here are a few of those listed by the Thunder Command:

the fighters of one unit were very dispersed, missing the opportunity to cover their comrades.