October 30 2019
57
The American company Northrop Grumman is preparing for flight tests of the first modernized strategic bomber B-2 Spirit. As transmits "NPlus1" With reference to Aviation Week, the company carried out the modernization of aircraft self-defense systems. 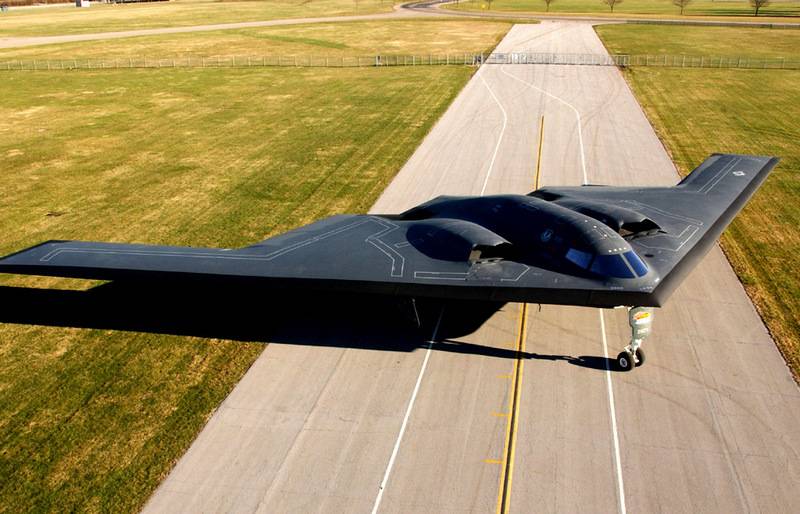 The first model of the strategic bomber B-2 Spirit with self-defense systems undergone extensive modernization, is preparing for flight tests, which will begin in the near future. Details of the upgrade were not reported, although it is known that the B-2 received EW systems, new antennas, as well as advanced computing systems. In the cockpit, developers mounted new information screens. All these improvements should provide the bomber pilots with more information about the detected threats, as well as detect the enemy radar and interfere.

If the flight tests of the first modernized B-2 are successful, the new systems will be installed on all 20 aircraft of this type that are part of the US Air Force.

The B-2 strategic bomber was developed at the end of the 1980's with the widespread use of stealth technologies to overcome enemy air defense zones. Flight range - up to 11,1 thousand km, speed - up to 1 thousand km / h. In two internal compartments, the B-2 can carry up to 18 tons of bombs, the maximum load is 23 tons.

The modernization was carried out due to the obsolescence of the aircraft, which was no longer able to conduct military operations in closed areas with the same efficiency. According to the military, after installing new systems, the aircraft will be able to operate in areas under the control of enemy air defense.

Earlier it was reported that all US Air Force B-2 bombers underwent modernization of control systems.