October 29 2019
17
German naval forces began to receive new helicopters. As transmits "Warspot" citing the portal navaltoday.com, Airbus Helicopters handed over to German the fleet the first NH90 Sea Lion helicopter. The command of the German Navy plans before the end of the year to get into service two more NH90 Sea Lion. 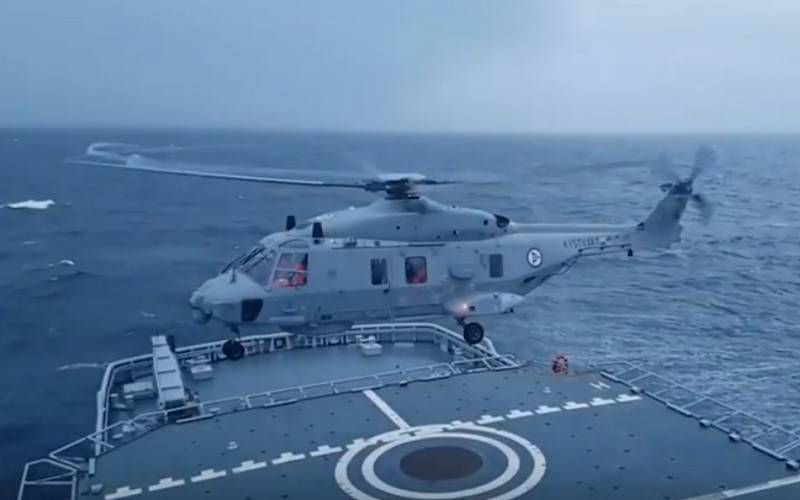 The new NH90 Sea Lion helicopter (Sea Lion) is a modification of the land-based NH90 NFH (NATO Frigate Helicopter) helicopter developed by order of the German Navy. It is distinguished from the basic version by the installed special navigation equipment, the new friend-foe system and two standard 12,7-mm machine guns.

The development of the helicopter started in 2015 and was carried out by Airbus Helicopters. In December 2016, a marine modification helicopter made its first flight at the company's factory in the city of Donauwoerth (Bavaria). This year, two pre-production samples were tested in the presence of representatives of the German Navy and the procurement agency BAAINB.

The new helicopter should replace the obsolete British Westland Sea King Mk.1973 helicopters in service with the 41 of the German Navy. According to the plans of the Navy command, the fleet must receive 18 machines in the period from 2019 to 2022 year.