October 29 2019
70
The Ministry of Defense donated a batch of military equipment and weapons worth 320 million rubles to the Tajik armed forces. This was reported by the press service of the Central Military District. 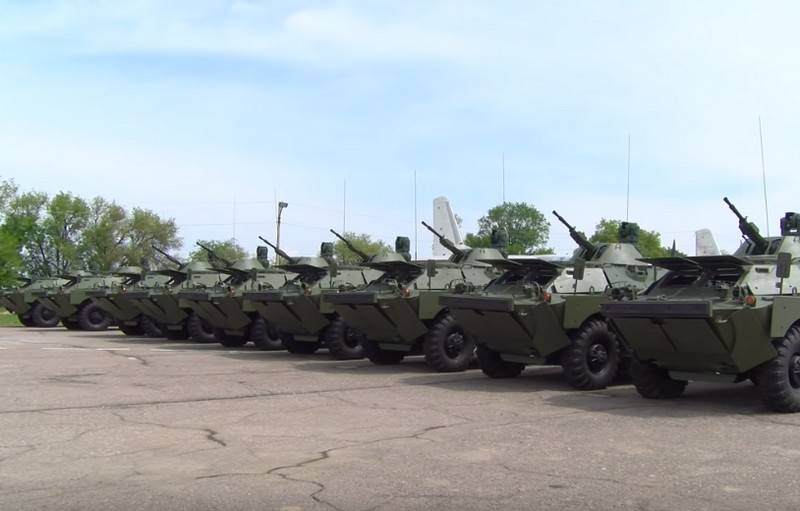 In Dushanbe, a ceremony was held to transfer the Tajik military party of Russian military equipment and weapons. The transfer took place at the Gissar airfield at the end of the joint exercises of the countries participating in the Collective Security Treaty Organization (CSTO) "Unbreakable Brotherhood-2019".

According to the data provided by the RF Ministry of Defense, Russia donated to the Tajik Armed Forces a batch of modernized armored reconnaissance and patrol vehicles BRDM-2 and a radar station for airspace control.

Today, at the Gissar airdrome, another batch of military equipment is presented, which includes a radar station (...) modernized (...) BRDM-2M. This is a proven and reliable military equipment capable of performing a wide range of tasks in modern combat. The transferred military products will increase the combat potential of the Armed Forces of the Republic of Tajikistan and will serve to maintain peace and strengthen security in the region
- the press service quotes the commander of the Central Military District, Colonel-General Alexander Lapin.

It should be noted that this is not the first time that Russia has supplied military equipment to the Tajik army for free. Deliveries are carried out as part of the modernization of the Tajik armed forces in order to increase the combat effectiveness of Russia's ally in the Central Asian region. The main purpose of the supplied equipment and weapons is to control the border with Afghanistan, where significant forces of militants of terrorist organizations are concentrated.
Military Reviewin Yandex News
Military Reviewin Yandex Zen
70 comments
Ad