October 15 2019
58
Lithuanian leaders had previously informed the North Atlantic Alliance that they were aware of the importance of the Baltic Air Patrol mission and NATO’s Advanced Frontline Presence program, but considered them ineffective to contain Moscow. Last week, this statement was made again during a visit by German Defense Minister Annegret Kramp-Karrenbauer to the Rukla military base, where 550 German troops are stationed as part of the alliance program. 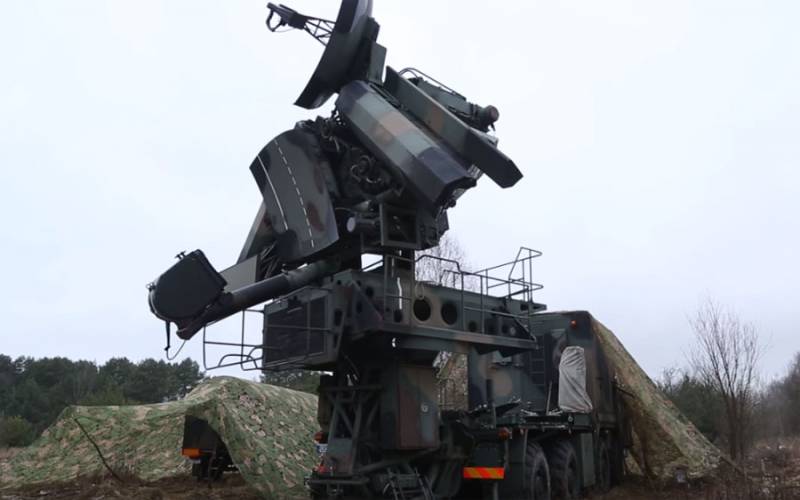 “The foundation has already been created, but we need to build something on this foundation,” said Lithuanian Minister of Defense Raimundas Karoblis on October 10 during a press conference with Kramp-Karrenbauer. “The assistance of the Allies is extremely important for us now.” Requests for NATO functionaries to deploy air defense systems in Lithuanian territory were voiced.

The Lithuanian minister also noted that the commanders of the NATO combat group in Lithuania requested ground-based air defense systems in order to be able to defend their units.

Kramp-Karrenbauer assured her Lithuanian counterpart that Berlin remains committed to existing missions. However, any decisions on their expansion or strengthening should be decided within the framework of the entire alliance. Reforming the air patrol mission “could be” one of the future steps.

Lithuanians themselves believe that the difference between the current state of the mission and its hypothetical future lies not only in terms.

“At present, the NATO air patrol mission is a peacetime mission,” a spokeswoman for the Lithuanian Defense Ministry told Defense News. “It is necessary to create appropriate mechanisms to turn it into an air defense mission in the event of a crisis.” In her opinion, if we begin such preparation right now, "NATO’s constraining capabilities in the region will increase significantly."

However, when it comes to ground-based air defense systems, the European countries of NATO begin to feel insecure. “We have nothing to place in the Baltic countries,” says retired Lieutenant General Heinrich Braus. Previously, he was involved in planning at the NATO office, and is now an analyst at the German Council on Foreign Relations in Berlin.

Even our existing battle groups are not fully staffed.
This is a logical consequence of the fact that for the last 20 years ground-based air defense systems have been an expense item that was cut down in the first place. Conflicts in Kosovo and Afghanistan did not pose a threat to Europe from the air, says Braus. Only now investments in this sphere are starting to grow gradually, including in Germany, as NATO countries are taking measures in connection with the INF Treaty’s rupture.

The multi-year agreement between the United States and Russia ceased to exist in the summer, after the parties accused each other of non-compliance. The treaty prohibited the deployment of medium-range missiles in Europe, and this, in turn, freed the Europeans from the need to create their own air defense shield.

After Lithuania, the German Minister of Defense went to Latvia, where the issue of strengthening the coastal defense of the region was also raised. “We consider the important problem not only to patrol airspace, but also air defense and the protection of our shores,” said Latvian Minister of Defense Artis Pabriks. He also noted that Latvia’s security depends on whether the alliance looks united in the eyes of Russian leaders. “This would avoid an armed conflict in the Baltic countries,” said Pabriks.
Military Reviewin Yandex News
Military Reviewin Yandex Zen
58 comments
Ad