Novosibirsk is waiting for a hard winter

October 11 2019
94
Severe Siberian colds annually experience life support systems for strength. In Novosibirsk, the third city in Russia, last winter was a record for the number of accidents on heating networks. According to experts, this winter the number of emergencies will not be less. Each such disconnection leads to a sharp deterioration in the socio-political situation and causes a massive outrage of the population. 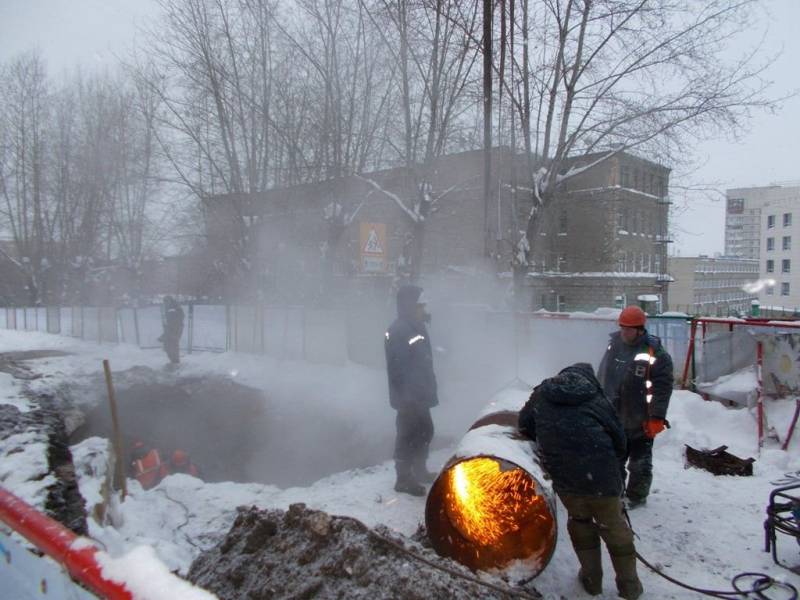 On October 8, Novosibirsk scientists and power engineers gathered at the Institute of Economics of the SB RAS to discuss one of the most acute urban problems at the round table: how to increase the reliability of heat supply in a metropolis. Out of curiosity, even two top managers from small towns of the Kemerovo region came. But the theme of the round table, apparently, was not at all interesting to Novosibirsk officials and deputies. But their attention to the worn-out heating systems was calculated most of all by the power engineers of SGK, who arrived as a whole delegation led by Andrei Kolmakov, director of the Novosibirsk branch of this company.

The discussion turned out to be interesting; it directly concerns the wallet of every Novosibirsk family.

If you don’t fix my car, I won’t drive

For those who do not want to delve deeply into the topic of heat supply in Novosibirsk, I will try to retell the essence of the discussion of scientists and power engineers using the example of a simple everyday stories. Suppose you need to go to the airport. You called a taxi. The driver arrives on a shabby Lada, you sit down, and he is in no hurry to get in the way. Instead, they start talking about their problems. Just recently I bought this car from my hands in order to tax and earn. He took it cheaply, but the car was badly battered and constantly “strewed”. We have to invest more in repairs, and the tariffs in the taxi order service are low. Therefore, he asks you, in addition to the fare, to add money to him to repair the "cars".

What is your first thought? I think to complain about the insolent. Directly from the car, dial the taxi dispatcher, tell him the situation and ask to replace the car. In response, she says that she is completely on your side, but there are no other free cars. And he proposes to resolve the conflict with the driver in court. Moreover, she herself is ready to write you a statement of claim and represent you in court.

“Now how do I get to the airport?” - you ask, looking at the clock with excitement and feeling that you are already late.

“It is up to you to decide with the driver,” the dispatcher answers. - If he refuses to take you, we will contact you in court and will recover your losses from him. I think it’s possible, ”she adds uncertainly,“ though I’m not a lawyer, but I’ll try. ”

Something like this is now happening between the Siberian Generating Company (SGK), which bought two years ago the Novosibirsk Thermal Power Station, the Novosibirsk Mayor's Office, for years avoiding solving growing problems in the energy sector, and residents of the metropolis who suffer from thousands of blackouts every winter. Yes, our “plane” has not yet flown away, every year there are more and more accidents. So far, the accident has been managed to be controlled and no one has frozen, there is time to think about how to protect the interests of Novosibirsk. To warmth in the apartment was reliably provided and at a cost to the Siberians afford.

No matter how much you pay a monopolist, it’s not enough

The director of the Institute of Economics of the SB RAS Valery Kryukov, opening the “round table”, spoke very accurately about the causes of the crisis in the heat supply of Novosibirsk:
“You cannot build a market economy on a technology base that does not match it.”

The Soviet system of urban thermal power plants was well thought out and very technological for a planned socialist economy. The combined generation of electricity and heat saved the country half of the amount of fuel that is produced in Russia. But the prices for electricity and heat were as far from reality as "free" housing from the cost of its construction. Many expenses were covered by the budget from other sources of income. 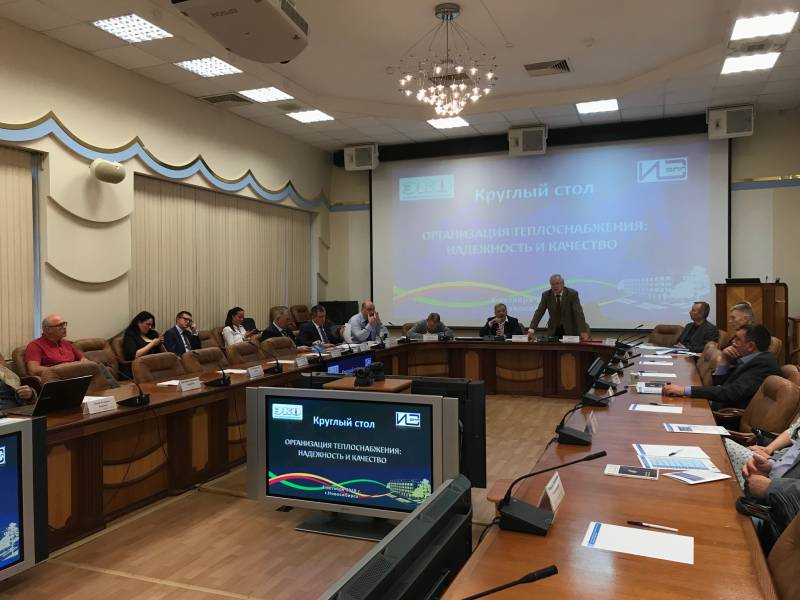 At the decline of socialism in Novosibirsk, they decided to close the CHP-2 and CHP-3 to improve the environment and modernize obsolete equipment. They decided to replace the new CHP-6, which they began to build in the country. During privatization, Soviet property went for nothing. Mr. Melnichenko, the owner of SGK, bought coal enterprises of Kuzbass profitably, then he began to buy power plants that he drew with his own cheap coal as well. Novosibirsk energy has also become a profitable acquisition. Her former owner, an associate of Chubais, Mr. Abyzov, had been looking for a buyer for her for several years.

It is unlikely that the billionaire Melnichenko did not realize that the Novosibirsk heating systems were badly worn out. I think he believed that the consumer would be forced to pay for their repairs. Moreover, when privatizing the energy sector, the government did not choose a way to create a competitive market for thermal energy producers (such a market works effectively in the Scandinavian countries, Germany, England, Austria). Russia was pushed onto the rails of oligarchic state capitalism in the energy sector, when there is no real competition and the monopolist dictates prices to consumers.

Although de jure it is the municipality of Novosibirsk that is responsible for the heat supply of citizens, de facto it is not provided with the rights or resources to carry out this task. As a result, the city was forced to lease its worn-out networks and most of the municipal boiler houses to SIBEKO LLC (owned by SGK) instead of purchasing heat from all market participants and selling it to consumers.

Heat transfer is a profitable business. In the heat tariff, the cost of energy production is only 40 percent, and the remaining 60 is the fee for transferring hot water to the batteries in our apartments. But if two decades not to invest the necessary funds in the repair of heating systems, they will inevitably come into disrepair.

The participants in the round table acknowledge that several times more funds should be invested in network repair than now. This year, SIBECO repaired 0,4 percent of the networks. That is, at such a pace, it will take years 100-150 to update them. The company warns that a difficult winter awaits Novosibirsk again - there will be not much less emergency outages.

Who should pay for the safety of the population?

The SGK company hoped to persuade the governor, the mayor and deputies to force citizens to pay to prevent a crisis in heat supply. To convince the authorities to switch to an accelerated increase in tariffs for heat and hot water, as SGK managed to do this in the Altai Territory. But something did not grow together. At first, the elections of the head of the region and the regional center interfered; a year later, the elections of regional and city deputies. A sharp increase in tariffs will not add to voters' sympathy. Local authorities, on the one hand, have been hiding their heads in the sand for years, but they are in no hurry to follow the lines of SGK. The long-term slurred policy of the regional government in matters of heat supply (more precisely, its absence) is largely due to the fact that Vice Governor Sergey Semka is known as a lobbyist for the interests of SIBECO. For example, his recommendations to Governor Gorodetsky to raise the heat tariff immediately by 15 percent led two years ago to mass protests in Novosibirsk. As a result, thanks to such advice, the head of the region was quickly dismissed. 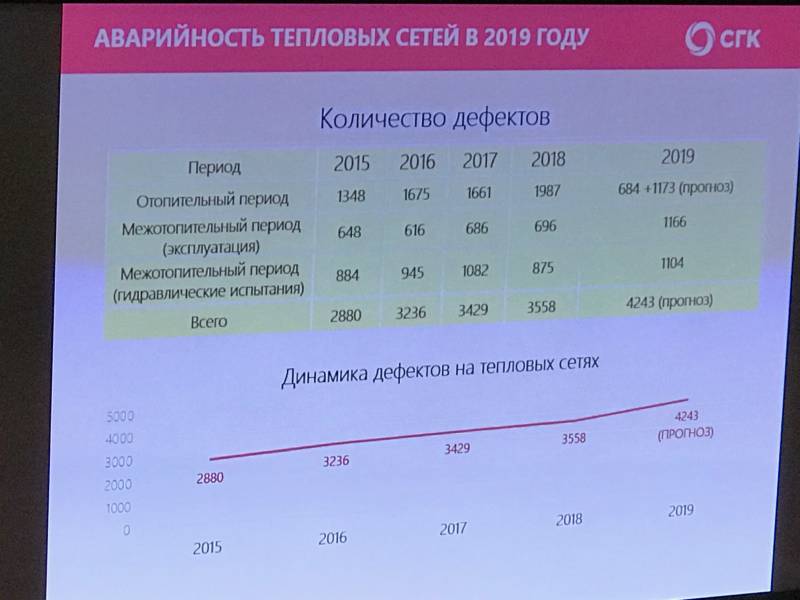 Once in the Novosibirsk region in political isolation, SGK, apparently, tried to include its lobbying opportunities in Moscow. The Federal Antimonopoly Service (FAS) breasted to defend the monopolist and forced the regional tariff department to raise the tariff from 1 July twice as much as planned. Local authorities complied, but filed a lawsuit against FAS. The city hall also began to snap back and did not want to destroy 59 local city boiler houses, as SGK required. The Ministry of Energy expectedly supported SGK in a dispute with the city hall, but municipal deputies and officials do not give up and are bending their line.

SGK is trying to establish a dialogue with the public in order to reconcile the townspeople with the thought that they will have to seriously fork out, as Ostap Bender would say. He even ordered his opponents (fighters against raising tariffs) to hold a conference to find a compromise.

“After this round table, I finally realized that the power engineers, experts, and our authorities would not agree with each other, - said the author professor of NSTU P.A. Schninnikov. - Only residents of Novosibirsk, local government voters, can force the governor, mayor and deputies to prevent a crisis in urban heat supply. ”