Reaches Australia: in the USA they scare the combat radius of Su-57 in Asia

October 8 2019
64
After reports that the Myanmar armed forces are interested in purchasing Russian Su-57 fighters for the modernization of its fleet, as well as the recent statement by the ambassador of this country in Moscow on this issue, an assessment of the possible consequences of such an acquisition on the security of Southeast Asian states seems quite relevant, writes the American edition of Military Watch. 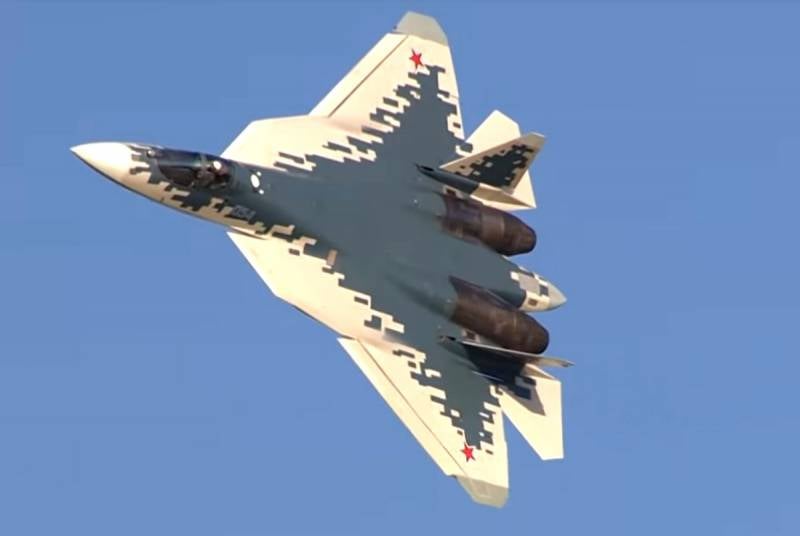 This aircraft has the chances of becoming truly exceptional in importance for the Myanmar Air Force, since it has the potential to deliver long-range strikes, which will provide restraining potential not only to neighboring states, but also to targets located at a considerable distance. In particular, Western media, US media cite as an example the possibility of Myanmar to "reach out" to Australia, clearly frightening the allies.

Su-57 in the export version can be equipped with a hypersonic missile X-47М2 "Dagger". Obviously, a combination of these two solutions with each other gives an extremely effective and modern means of military deterrence.

The combat radius of the Su-57 is 2700-2750 km, which, combined with the flight range of the X-47М2, will make it possible to destroy objects at a distance of up to 4700-5200 km. The missile itself is hypersonic and can maneuver in flight, hit moving targets, such as destroyers and army convoys with high accuracy. 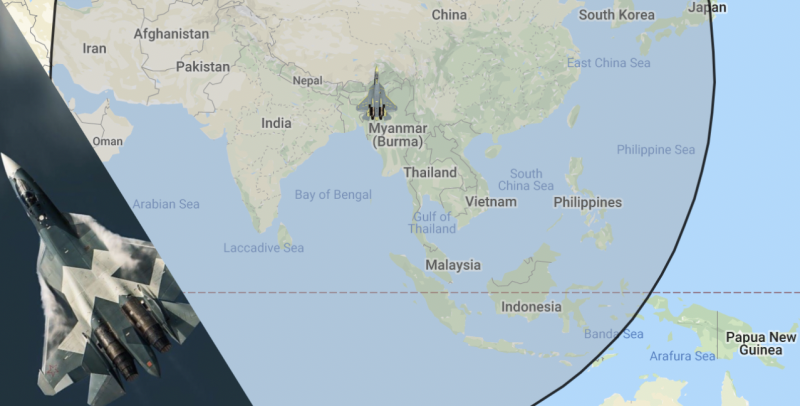 Threat outside the region

Su-57 fighters will be able to launch hypersonic missile strikes against targets up to the Middle East, including oil fields in eastern Saudi Arabia. This is written by Military Watch. The publication reports that in this state, at least earlier, members of the group that attacked Myanmar’s security forces, members of the UN mission, sought shelter. And, according to Military Watch, Myanmar did not forget about it.

The radius of coverage also includes India, Pakistan, an extensive oceanic zone. Hypothetically, flying from eastern Myanmar, Su-57 fighters will “reach” Japan and also cover all of Southeast Asia right up to the northwest coast of Australia (as noted above).

Analysts speculate that Myanmar has plans to become a major military power, with significant capabilities for delivering strikes and projecting force. The deployment of the Su-57, equipped with the latest missiles, may be exactly what the country needs to implement this plan. Although whether Russia will supply X-47M2 missiles for export is still unknown. But it is known that Su-57 is ready to sell abroad of the Russian Federation.
Military Reviewin Yandex News
Military Reviewin Yandex Zen
64 comments
Ad