Ukrainian military completed training on the use of Turkish UAVs

29 September 2019
59
Military personnel of the Armed Forces, trained in the use and maintenance of Turkish-made UAVs Bayraktar TB2, completed training in Turkey. In total, 50 people received certificates. This was reported by the press service of the Ministry of Defense of Ukraine. 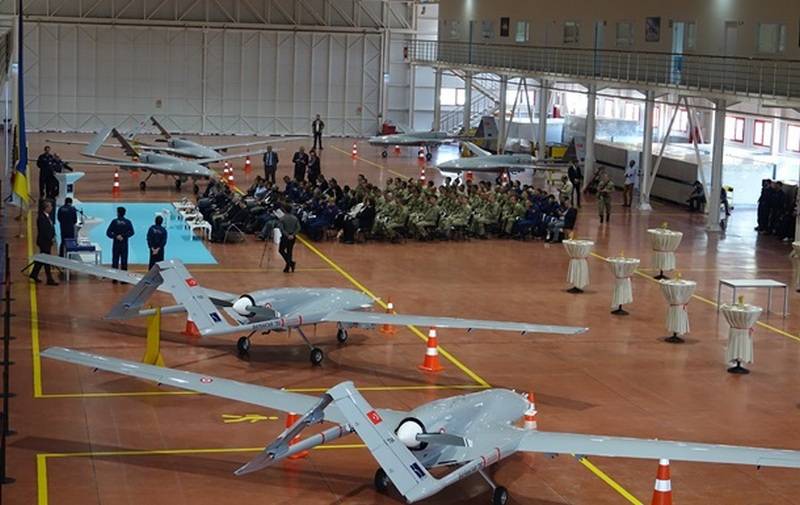 Fifty military personnel from the Ukrainian Air Force completed training and received appropriate permits to use the Turkish unmanned aerial complex Bayraktar TB2. Such a number of trainees is associated with the formation of spare crews.

This is important in the context of the type institution gaining experience in training specialists for new types of weapons, and will also create the necessary personnel reserve for staffing with already trained servicemen in the future
- said in a statement by the Ukrainian military.

Earlier it was reported that the Turkish company Baykar Makina delivered six Bayraktar TB2 drones to the APU. Also under the contract, in addition to UAVs, three ground control stations and ammunition for drones were delivered.

The length of the drone is 6,5 m, the wingspan is 12 m. The maximum take-off weight of the drone is 650 kg, while the payload is 55 kg. Bayraktar TB2 is capable of carrying two anti-tank bombs.