27 September 2019
167
Long-distance space travel with the help of a "superlight" engine from science fiction novels and TV shows may be possible. So says a graduate student at the University of Alabama in Huntsville (USA). According to him, the "warp engine" may be more real than everyone thinks. 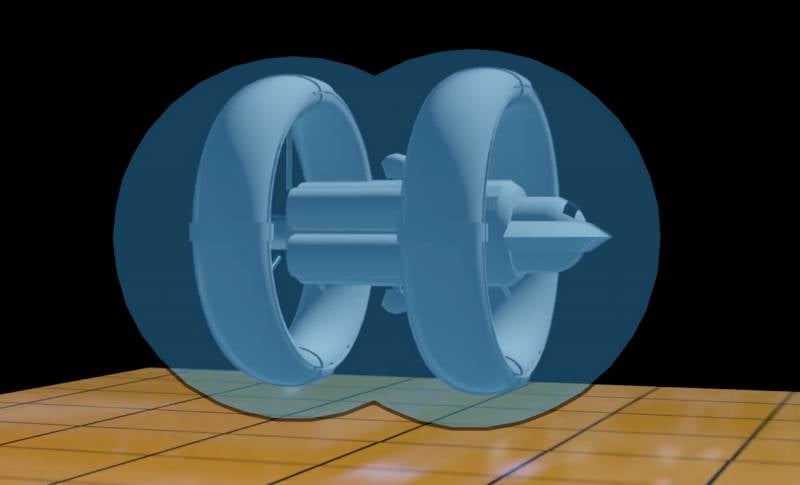 Magazine Popular Mechanics publishes material in which it recalls that the warp engine, "allowing" to travel in outer space faster than the speed of light, for many years was only a fantasy subject of science fiction novels, series and films. However, so far there has been one problem - the engine did not fit into Einstein's relativity theorem.

According to the theory of relativity, nothing can move faster than the speed of light.

As objects move faster and faster, they become heavier and heavier - the heavier they become, the more difficult it is to accelerate, so you will never reach the speed of light. Only things without mass, such as photons, can travel at such enormous speeds. This, of course, rules out the appearance of ships like the Star Trek Enterprise.
says Roger Russul, a physicist at the University of Melbourne, Australia.

Theoretically, a warp engine can circumvent this rule by bending space-time. Without superfast ships operating on this principle, humanity will not be able to become a cosmic species. Thus, curvature is very important for its evolution.

Due to the local expansion of space-time behind the spacecraft and the opposite contraction in front of it, it is possible to move faster than the speed of light, visible by observers outside the disturbed area.
- Alcubierre wrote in his article.

In fact, the Alcubierre drive will consume a huge amount of energy (some believe that it should be more than in the Universe ...) in order to contract, distort space-time in front of itself and create a bubble. Inside this bubble would be an inertial reference frame where researchers would not feel acceleration. The rules of physics will still apply inside the bubble, but the ship will be isolated from space.

Graduate student "found a way" to solve the problem

Joseph Agnew, a graduate student at the Faculty of Engineering, believes that this idea can be implemented from a practical point of view. He states that the solution to the problem is the effect on gravitational waves, the existence of which was confirmed in 2016 by the LIGO gravitational-wave observatory: theoretically, their distortion can trigger the space-time curvature process. In addition, Agnew claims that after many years of theoretical research, it becomes clear that the amount of energy required is not as great as many initially assumed. That is, the amount of energy required is still huge, but theoretically achievable.

Mathematically, if you manage to fulfill the energy requirements, the model will work.
- noted in the press release of the university.

Joseph Agnew believes that an attempt to recreate directed gravitational waves in laboratory conditions is necessary: ​​this should help to study this phenomenon more deeply. The graduate student understands the difficulty of the task, but considers the goal is actually achievable. To do this, he intends to focus on electromagnetic fields - they, according to Agnew, are capable of distorting space-time.

There are three main difficulties. The first is the amount of time and money needed for these studies. The second is the amount of energy that will be required to create an effect in the laboratory. The third is Hawking radiation. In theory, it should kill everyone who is inside the bubble.