27 September 2019
22
The promising HH-60W helicopter, developed by Lockheed Martin for combat rescue operations by MTR forces in the territory controlled by the enemy, went into series. The serial production decision was made after four HH-60W samples spent a total of 150 hours in the air. 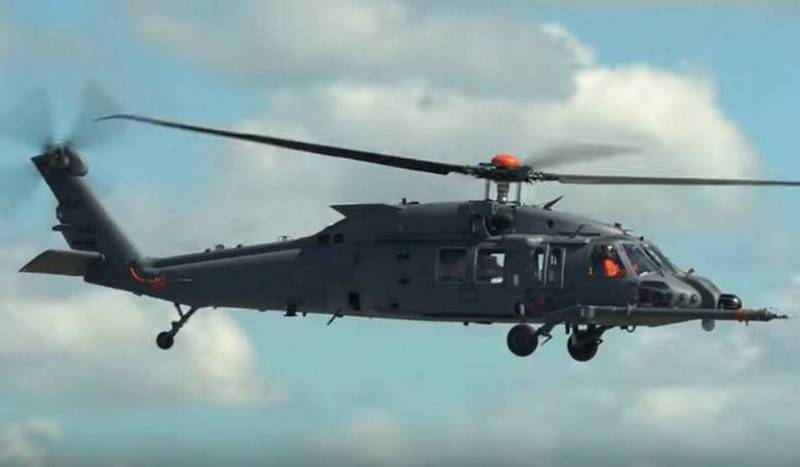 The US Air Force plans to acquire 113 new helicopters, which will replace the HH-60G as they become available. By the end of this year, Lockheed Martindo intends to deliver the first 10 new helicopters. Serial production is carried out at the Sikorsky company (Lockheed Martin division since 2015) in Stratford, Connecticut.

The beginning of flight tests of promising new helicopters was reported in May this year.

The MH-60G Pave Hawk multi-purpose helicopter, which was previously in service with the US MTR, was created by the American company Sikorsky Aircraft on the basis of the UH-60 Black Hawk multi-purpose helicopter. The helicopter in the MTR is jokingly called the "911 rescue team." He is able to reach speeds of up to 224 kilometers per hour and fly at distances up to 600 kilometers. The machines are armed with two 7,62 millimeter machine guns and two 12,7 millimeter machine guns. Helicopters are equipped with electronic suppression systems, thermal imagers, protected communication systems.

We are in Yandex Zen
Helicopter HH-60W launches special operations forces in the USA
Latvian army will get four UH-60M Black Hawk helicopters
22 comments
Information
Dear reader, to leave comments on the publication, you must to register.