Zelensky said that Trump promised him help in returning the Crimea

26 September 2019
118
Ukraine will definitely return Crimea, and the United States will help her in this. According to Ukrainian President Vladimir Zelensky, that is what he heard during a meeting with US leader Donald Trump. 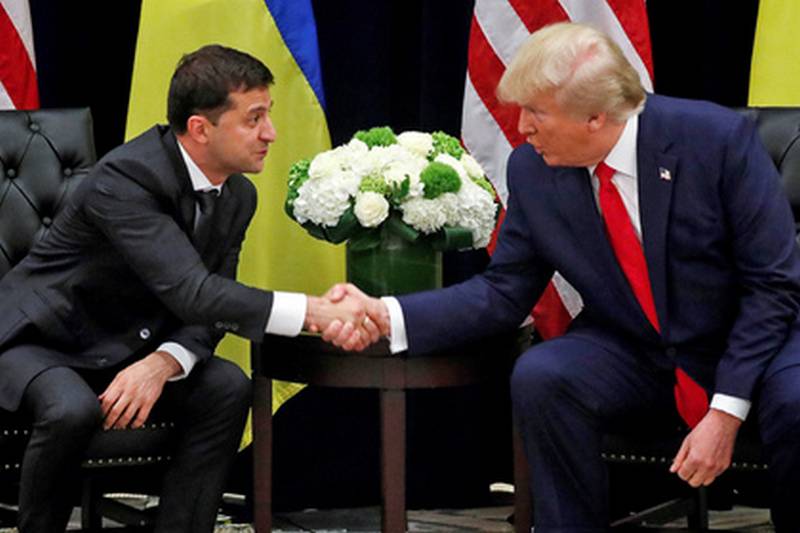 According to Zelensky, US President Donald Trump promised him "help in returning the Crimea." The President of Ukraine told the American leader about the beauty of the peninsula, and in response he heard Trump say that Kiev needs to work on this, and the United States will help.

It seems to me, and I heard this, that he agrees that this is our native land and we will return it. He says: Yes, you need to work, and we will help you.
- Zelensky said after meeting with Trump.

The meeting of the Ukrainian and American presidents was held the day before on the sidelines of the UN General Assembly, held in New York.

Earlier, Zelensky spoke to the UN, accusing Russia of conducting military operations against Ukraine and said that his main task as president would be to end the war, to de-occupy the territory of Donbass and return Crimea. At the same time, imitating his predecessor Petro Poroshenko, he demonstrated from the rostrum a bullet of the caliber 12,7-mm, which allegedly killed the “freedom fighter of Ukraine”.
Military Reviewin Yandex News
Military Reviewin Yandex Zen
118 comments
Ad