21 September 2019
97
The Israeli Air Force received another pair of fifth-generation fighters F-35I Adir. The planes arrived at the Nevatim air base, where they will enter the combat structure of the 140 Golden Eagle squadron. It is reported by the Israeli Air Force Command. 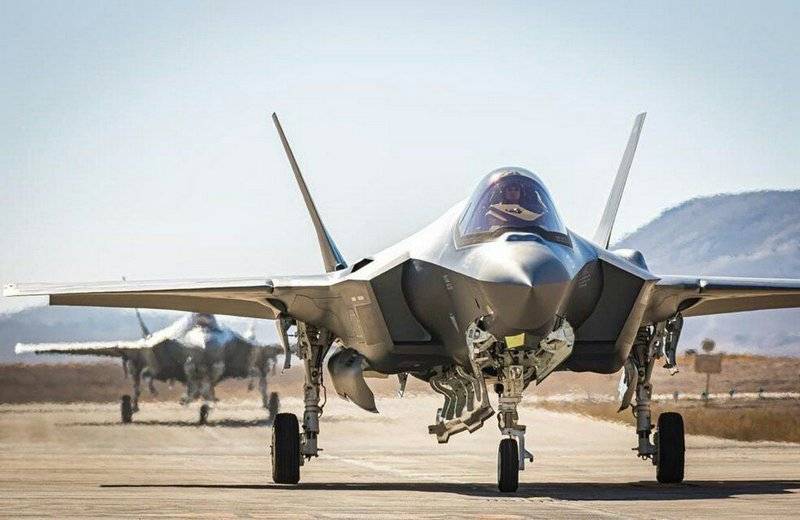 Another two F-35I Adir fighters arrived at the Nevatim airbase, where they will be part of the 140 Golden Eagle squadron. Soon, the 116 Squadron will be formed at the base, which will become the second unit of the Israeli Air Force equipped with these fighters. To date, under the contract signed in the 2010 year, Lockheed Martin has delivered the Israeli Air Force 18 F-35I Adir fighters. By the end of this year, Israel plans to get two more fighters, thereby bringing their number to 20.

The total number of F-35I Adir fighters ordered by the Israeli Air Force is 50 units, with delivery scheduled for 2024 year. The first pair of fifth-generation fighters landed at Nevatim airbase on 12 on December 2016. A year later, in early December 2017, when the Israeli Air Force received 9 aircraft, the command announced the readiness of the F-35I Adir fleet for combat use.

Currently, all received fighters are part of the 140 th Golden Eagle squadron deployed at the Nevatim airbase, the second F-35I squadron will be located there. The base has a good location: fifth-generation Israeli fighters can perform tasks without refueling in the airspace of Jordan, Lebanon and Syria, most of Egypt and Iraq, as well as parts of Saudi Arabia and Turkey.

Earlier it was reported that the Israeli Air Force is considering the purchase of another 25 F-35I fighter or upgraded F-15 to replace obsolete aircraft in service. Most likely, the decision will be made before the end of this year.