The stinging ramp unmanned tanker took off in the US

20 September 2019
34
The prototype of the first unmanned refueling vehicle, created for the needs of the Navy, made its first test flight from an airfield in Illinois. This was reported on Thursday at Boeing Corporation. 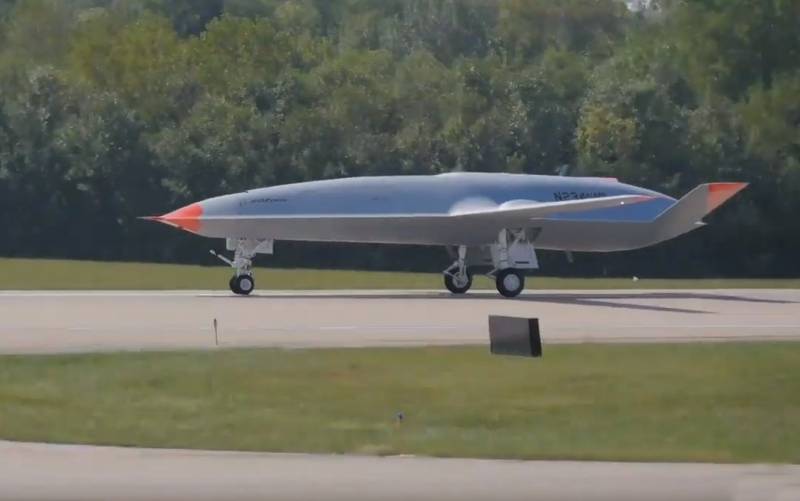 The MQ-25A Stingray T1 was in flight for two hours under the control of test pilots who were commanding from the ground station.

The aircraft did taxiing and take-off in an autonomous mode, and then flew along a predetermined route to check the basic flight functions and the process of controlling it from a ground station
- explained in the company.

Last year, Boeing won a $ 805 million contract to build the first four copies of the MQ-25A. The basis for the development of the new device was the secret prototype of the X-47, which was created as part of a project that was subsequently canceled. Northrop Grumman X-47B made its first autonomous landing aboard the USS George HW Bush (CVN-77) 19 on July 2013. The contractor changed its design to fit the tasks of refueling in the air.

The US Navy plans to purchase 72 Stingray units, allocating a total of about $ 13 billion for their purchase. This will ease the load on the F / A-18F Super Hornet fleet, which refuel other aircraft. The Pentagon intends to put the MQ-25A into operation in the 2024 year.

“Stingray” translates to “Stinging Slope”. It is noteworthy that this name was already worn by the American light tank "Stingray", developed at the beginning of the 1980's and produced for the needs of Thailand.