18 September 2019
51
The chief ideologist-nationalist of Ukraine, Vladimir Vyatrovich, was dismissed from the post of director of the Ukrainian Institute of National Memory, which he held since 2014 of the year. This was reported by the press service of the Cabinet of Ministers of Ukraine. 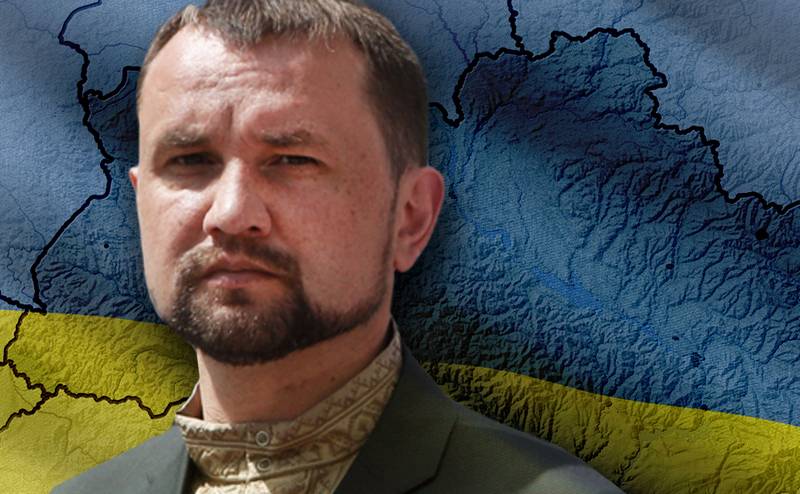 Ukrainian nationalist and Russophobe Vladimir Vyatrovich dismissed from the post of chairman of the Ukrainian Institute of National Memory by decision of the Cabinet of Ministers of Ukraine. In the party of ex-president Poroshenko, "European Solidarity" has already called this dismissal political.

We regret that the cabinet decided to dismiss Vyatrovich from the post of director of the Institute of National Remembrance, and we consider him politically motivated. It testifies to the attitude of the new government to those decisions and Ukrainian values ​​that the institute defended in the days when Vyatrovich was its head
- declared in party Poroshenko.

Vyatrovich himself, who has held this position since 2014 of the year, said that he had achieved almost everything that he planned.

Ukraine is free from totalitarian symbolism, the KGB archives are open, justice for the participants in the liberation movement has been restored, rehabilitation of victims of repression under the updated law has begun, large-scale work has been carried out to popularize the Ukrainian stories and debunking myths about our past
- he stressed.

Note that while Vyatrovich was in the chair of the director of the Institute of National Memory of Ukraine, with the great support of Poroshenko, the history of “millennial Ukraine” was almost completely rewritten, and nationalists were rehabilitated from the UPA and Bandera’s banned in Russia. In Russia, a criminal case has been instituted against an ardent Russophobe and nationalist Vyatrovich because of the rehabilitation of Nazism.

Earlier it was reported that Vyatrovich urged Zelensky to "publicly swear allegiance to the nationalists."