What is growing in the fields of the Far Eastern Forum

5 September 2019
97
On the sidelines (as all media outlets indicate) of the Far Eastern Economic Forum strange statements are growing. Considering what people do on the plural, on whom our tomorrow directly depends, it is worth taking a closer look at these statements. 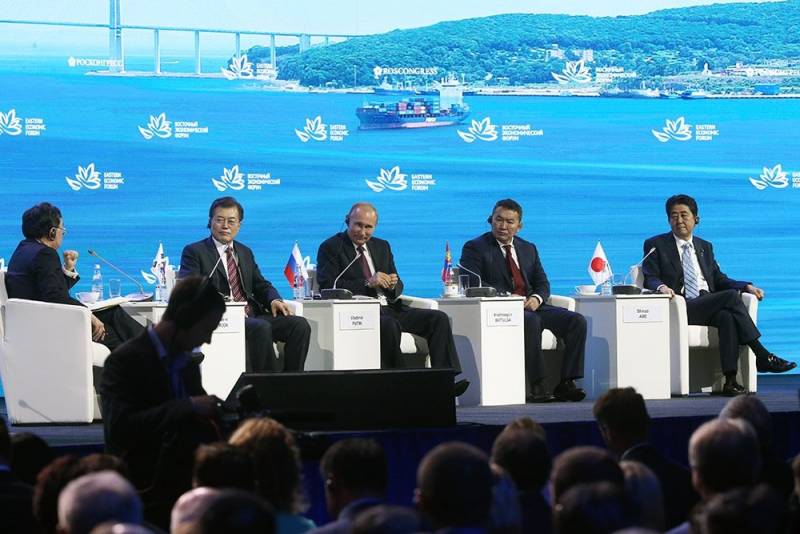 In the first place, it is definitely worth putting our Minister of Health Skvortsova. 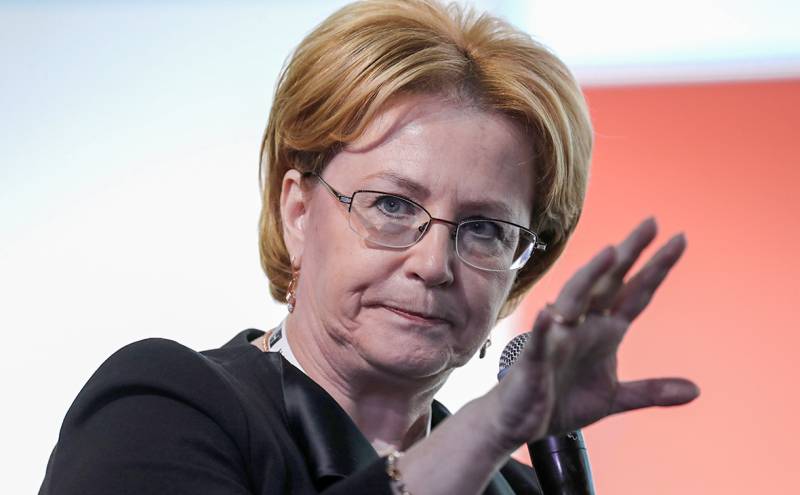 The head of the Ministry of Health said that the growth rate of life expectancy in Russia exceeds all known world indicators. And over the past seven months, it increased in women to 78,5 years, in men - to 68,5.

I don’t know how to evaluate it, if the data were given for five or ten years - perhaps it would be nice. In seven months ...

Forgive me, the conclusion immediately suggests itself that, well, it was only necessary to raise the retirement age, and we all immediately rushed to live longer.

But by and large, there is no faith in these figures, born exactly to the international forum. And it could not be. And, probably, it’s not worth explaining why. Because there were absolutely no prerequisites for this, except the need to throw dust in the eyes of everyone.

The baton is hosted by Minister of Economic Development Maxim Oreshkin. And there, on the sidelines of the forum. 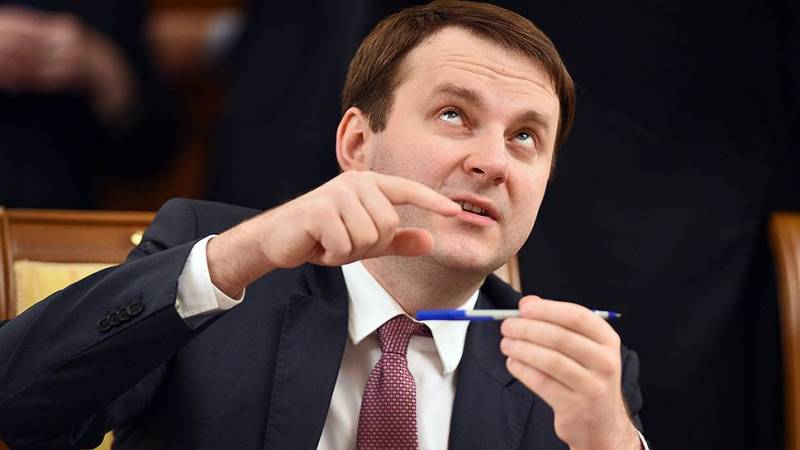 Oreshkin came up with the already bored topic of a four-day work week. It, this week, turns out to be possible with the growth of incomes of the population.

“The main condition for a change in labor legislation is, first of all, at the first stage, to achieve a higher income of the population and a high level of labor productivity.”

And all the more it is not clear why this “we” should become richer.

Or - who is this "we". If “we” are ministers, deputy prime ministers, deputies, then it’s understandable. If "we" are the population (according to Oreshkin), then it is completely unclear why it would suddenly.

Although even on our pages there are individuals who in the comments openly talk about the growth of their income. Well, that means that someone is getting richer.

True, there is a nuance here. The main leitmotif of the speeches of these visitors - "you need to work better." And again in the style of our ministers: it is not clear who needs to work better? To the population? So that those with growing incomes live better?

The Minister of Labor Topilin picked up the four-day topic. 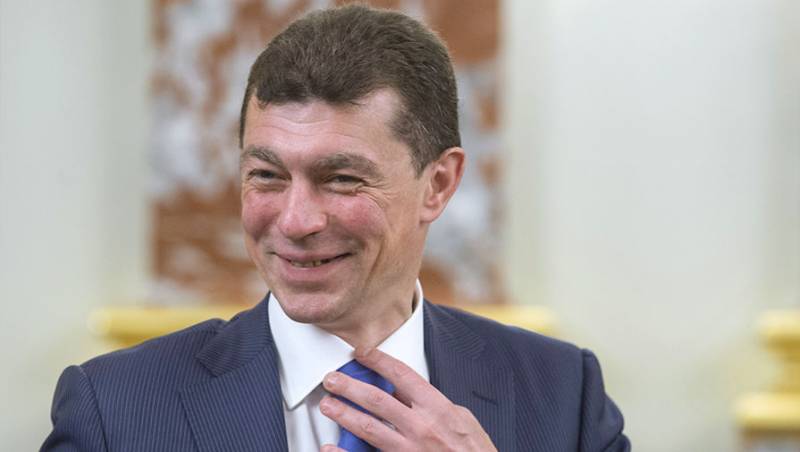 Perhaps Topilin went further than Oreshkin. Although he also talked about the need for revenue growth.

In general, as I understood from their statements, a four-day work week is such a thing that you can talk about endlessly. No one said how much the income of the Russians should increase in order to introduce it. And in general, what is the point of giving us all five years of work and shortening the working week by days (not by hours)?

Apparently, the conics in the furrow did not fall ahead of time.

Here is a four-day idea I can compare with these throwings.

And at the same time congratulate our government that they finally found something to talk about and tell the people.

Topilin was broadcasting that even
“If robots begin to take on more of the work that people do, it’s unlikely that robots will give us the opportunity to do nothing at all”
.

Robots. We have. It turns out that robots are everywhere. Only, you know, they are waiting to ease the life of Russians, having taken upon themselves the whole burden of labor. Fedor will go down from orbit and how he will begin to work hard ...

But at the end of the speech, Topilin nevertheless issued something similar to the truth:
«History slow ... there are no such precedents for the country to switch to 4 of the day ... This is a certain prospect. A reduced number of working hours, not an 40-hour week, somewhere there are 35 — 36 hours, we can say in the future. Four-day is such an abstraction. "
.

Do you understand? This is such an abstraction that you can just chat about during working hours at the expense of taxpayers. And hang them, taxpayers, noodles on their ears. Having fun.

Gentlemen, the ministers, along with the prime minister, just have fun. Why not? Because they can afford it. To have fun at the expense of the very population, whose income should grow, and then ...

Finished collected in the fields will be the story of Deputy Prime Minister Golodets about what a magnificent art we have. On this, I think, will be enough. 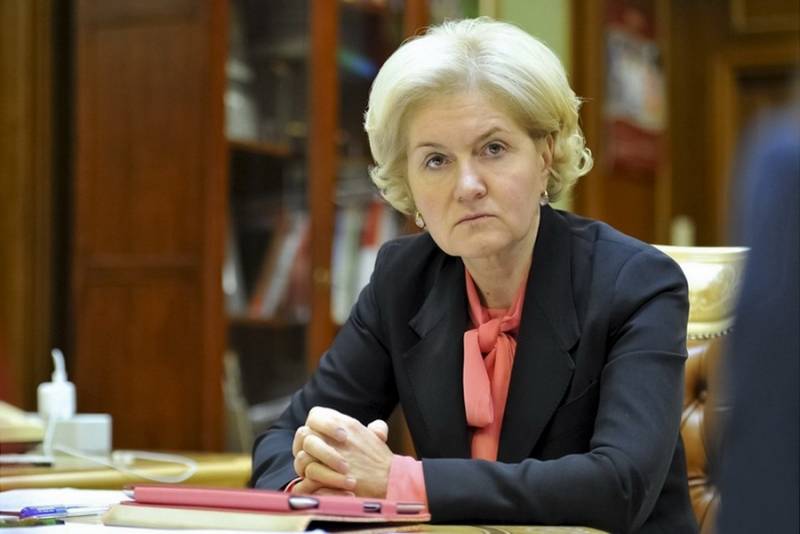 Madam Golodets told how everything is fine with us in the field of art. Our conservatories are consistently among the best conservatories in the world, our art educational institutions and academies also always occupy top positions.

Thank God, the Golodets knows how to stop on time. And it would be interesting to hear ...

Our films, if we continue the topic, are a real competitor to Hollywood, they ceased to feel sick from them, our musical sphere ... Well, don’t worry about sad things.

In general, it is worth noting that the situation is sad. The ministers and deputy prime ministers are either openly having fun at our expense, issuing such statements, or ... In general, everything is sad.

The only consolation is that we are not to blame as voters. These people were appointed, we did not elect them. Yes, he was appointed by a man whom we would love to see the whole country somewhere in a teaching position so that he would not die of hunger. But alas, he (the prime minister) was again left in office by a man who was just elected by an overwhelming majority of votes. 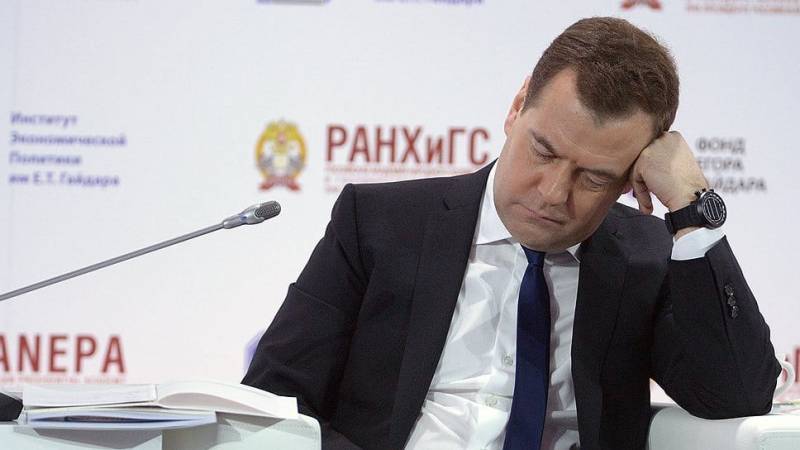 With the fact that our ministers are the weakest in the history of Russia, I think no one will argue much. Maybe these people have some advantages that we don’t know about, but as doctors in the mass "adore" Skvortsov, it’s worth asking the doctors. They will tell you better. In the colors.

And it is unfortunate that entertainment is a common thing for our top-level managers. I am sure that if you translate the term “growth rate of life expectancy” into any language and voice it to any functionary from medicine in Europe or the USA, he will have a stroke. Because in all normal countries there are only two indicators: mortality rate and life expectancy.

And we have nothing, we are fine. A ride for the electorate. On the plus side. Well, right, we are looking for help in everything, no - we’ll come up with it. And they laughed at the Ukrainians, well, why are you not Ukraine with great help?

I will not ask stupid questions about what the so-called “economic forum” will cost us, on the margins of which such wonderful remarks are made and conversations so useful for the people are conducted. It is clear that the next KamAZ with money crashed into a black hole.

But they talked about the four-day working week of the deputy prime ministers and ministers.

Apparently, there was nothing more ...