What color is green? The oddities of alternative energy

Recently, everything in the world is connected with energy. But at VO, this topic with enviable persistence in discussions turns into the fact that the future of cities is in windmills and solar panels. He gave the basics of the topic for seeding, while not considering either the numbers or the possible, as it seems to me, reasons for such an opinion. It's just that otherwise it will be a memorandum of a hundred sheets, if it is interesting, you can continue. So far - at a gallop and at the very tops. 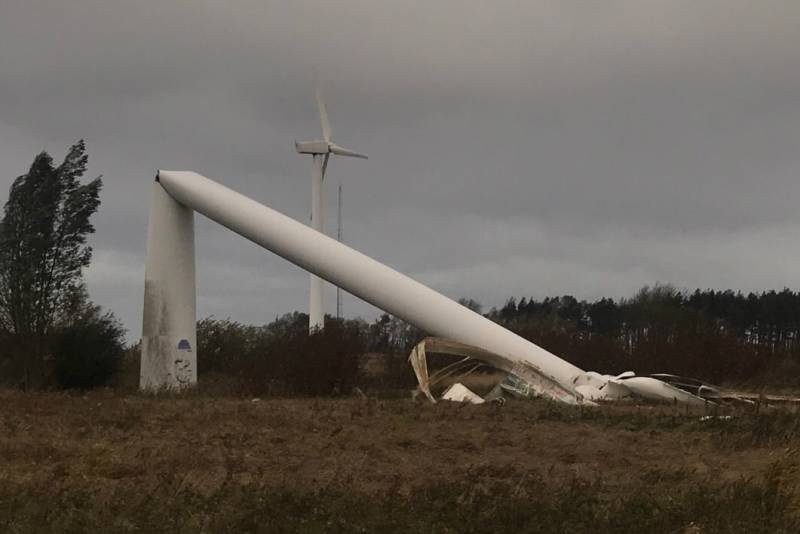 Last fall, the only Russian wind farm that worked for a long time looked like this. Kaliningrad

There are not many unshakable axioms in the world. One of them: alternative energy is good. It is easy to see that this issue is never even discussed. The country built X windmill (wind farm) or solar station (SES) - this is just wonderful. Even from opponents you can only hear statements except that it is expensive, but everything is wonderful: energy, and even for nothing, and "environmentally friendly." Oddities begin further.

Firstly, it’s hard to understand what exactly apologists for “green energy” are talking about. Recently, the term “renewable energy sources” (RES) has been popular. For example, the other day they adopted the next program of their state support: “Forcing exports: supporting green energy below expectations”. But it also includes mini-hydroelectric power stations, differing from ordinary ones only in the scale of the flooded territory. And now about any flooded forests at the bottom of the Rybinsk Reservoir any apologist of “green energy” will tell you as an example of non-environmental friendliness. However, the same can be said about SES, such fungi can grow only in a completely lifeless desert (in contrast to a completely living reservoir with fish): 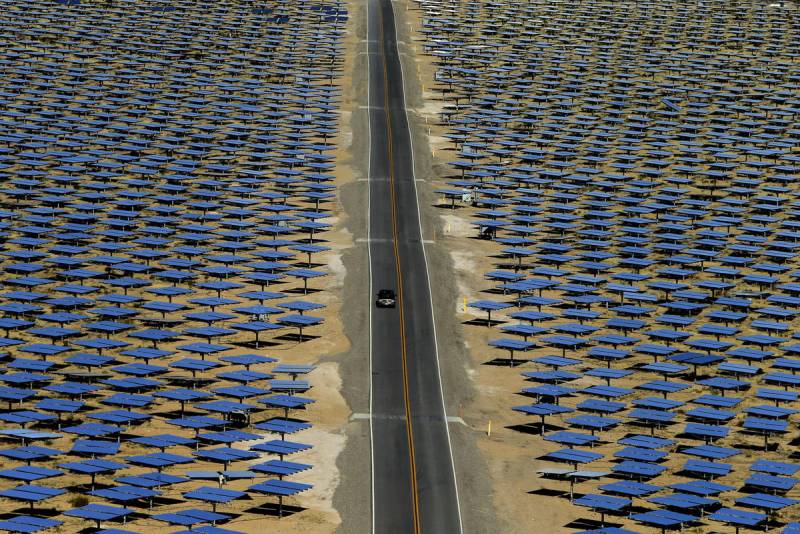 And who is green? These pretty huts will be greener in any sense, although they also occupy a certain area, produce emissions, and also require specific raw materials: roughly speaking, it is necessary to populate the fields for fuel. However, they successfully recycle various bio-garbage (waste from slaughterhouses, for example). 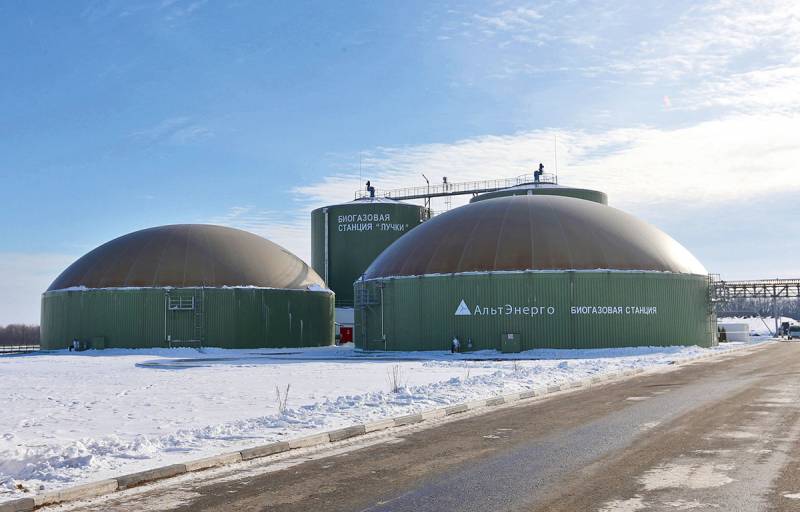 Biogas station "Luchki" in the Prokhorovsky district of the Belgorod region

However, a wood stove is also a source of energy, moreover, from a renewable source. And, by the way, they (in very approximate values, by eye) are often stuffed into the generation figures from renewable energy sources around the world.

Well, in order not to spread like a cape on the tree, imagine that we are only talking about SES and wind farm. And look at their advantages.

Pluses of SES and wind farm

• Free energy. Nothing comes from nowhere, if you received energy, it means that it has left somewhere. Not to mention that the equipment did not fall from the sky, it needs to be serviced (snow removal from 14 sq. Km was presented - the same 180 000 residents are needed there every day), and most importantly, it must be disposed of after its service life.

• "Clean energy". About the fact that the SES can only stand on dead ground, I already think it’s clear. Lunar landscape. And next to the wind farm supports, even earthworms in the soil die from vibration. This is not to mention that these meat grinders for birds make noise so that nothing can be built around them again. Once again, disposal is a dirty thing.

• Reducing the load on the network and their networks, simplification. The argument is especially loved by the sect of St. Mask. Only exactly the opposite: the main technological minus of the SES / wind farm is instability. The wind does not always blow, the sun does not shine at night. And in the afternoon it is far from always and with different intensity. That is, you definitely need to include backup generation in any network, and put the network itself in the category of “smart” ones that transfer generation from one object to another, and on the scale of, for example, a region, you will also have to throw off the surpluses that inevitably arise somewhere. So, for example, 14 days in March, 9 days in February and 8 days in January 2017 years, neighboring Arizona received electricity with surcharge from California. California paid neighbors up to $ 25 per megawatt-hour, while consumers themselves usually pay from $ 14 to $ 45 per megawatt-hour in a normal situation when there is no surplus.

• Availability. A windmill or panel can be stuck in places where there is no coal or oil. The argument, by the way, on the contrary, is not favored by apologists for “green energy”, because it reminds us that the reason for the development of alternative energy is a lack of traditional one. She was originally an ersatz. And, by the way, this is the only real plus: there are areas where such energy is more profitable, the rest is much more expensive to drag. But here we must remember that there must be another resource. Either constant winds (coast), or the solar regime is favorable. Those. northern and even continental country is suitable. And do not forget, in any case, you need an additional generator, moreover stable, not depending on the weather and on the biofuel crop, by the way.

• Price for the consumer. Also a long topic. For example, they subsidize the generation of renewable energy, the station releases electricity at a price slightly higher. But not much, they buy it, there are quotas, for example, in the USA - you have to buy so much energy from a wind farm / wind farm, having received a "green certificate" for that. The price at the peak of generation can even be lower than gas generation! Success? And where are the subsidies from? From taxes of the same enterprise, i.e. paid for energy twice. And only the first amount went to the report. We have the same: “Consumers are tired of green energy”.

Where are the pros?

The above are purely logical calculations. Indisputable advantages have not yet been found. However, in the information field the term “green energy” itself is undoubtedly positive. And to such an extent that in the recently adopted model for the development of renewable energy in the Russian Federation, self-sufficiency of the industry is planned for the 2035 year, but it is already planned to subsidize it - up to 2050 ... Any thoughts why?

If it is interesting, I can continue the topic, by the way, it is inextricably linked with VO: issues of energy security and environmental terrorism, for example, the seizure of the Prirazlomnaya platform. Where, for example, according to the results, our valiant border guards violated, it turns out, the law of the sea as much as 5,4 million dollars, about which the Russian Federation informed the Hague arbitration.

Ctrl Enter
Noticed oshЫbku Highlight text and press. Ctrl + Enter
We are
A great interview with Sergey Lavrov: about Ukraine, Obama and IranWhat you didn't want to know about England
221 comment
Information
Dear reader, to leave comments on the publication, you must to register.