2 September 2019
178
In Ukraine, the discussion continues of ministers who recently received their portfolios. One of the ministers most criticized was Education Minister Anna Novosad.

Ms. Novosad 29 years old. Novosad is a graduate of the humanitarian lyceum in Kiev. In 2011, she graduated from the Kyiv-Mohyla Academy National University with a degree in Political Science. Two years later, she received a master's degree in the Dutch Maastricht. Trained in Spain. She was a scholarship holder of the Soros Foundation.

Tatyana Montian counted in only one small note of Ms. Novosad with a dozen errors. Trying to demonstrate knowledge of Ukrainian, Novosad uses the words of the Russian language, to which he adds the letters of the Ukrainian alphabet. For example, the word "tasks", which in the Ukrainian language sounds like "zavadannya". In other posts, no less mistakes. 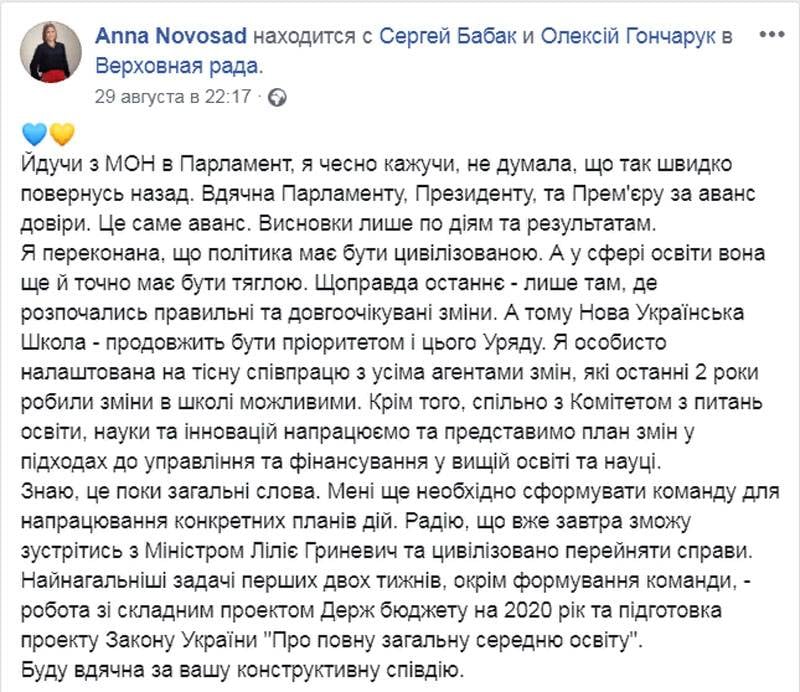