August 29 2019
103
Ukraine intends to modernize eleven MiG-29 fighter aircraft of the Armed Forces of Ukraine with the help of specialists from the Israeli company Elbit Systems. This was written by Ukrainian military blogger Diana Mikhailova with reference to a statement by the representative of the Ministry of Defense of Ukraine, made on condition of anonymity. 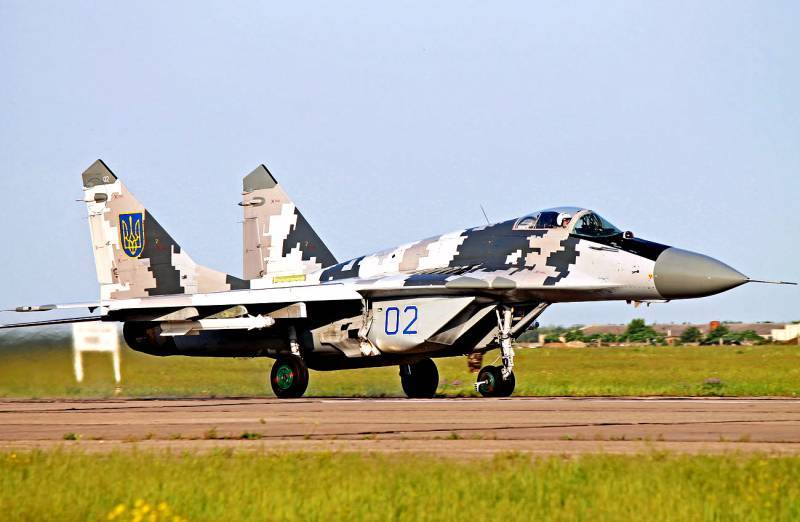 According to the representative of the Ukrainian military department, in Kiev, the issue of modernization of the 11 MiG-29 fighter of the Ukrainian Armed Forces AFU with the help of specialists from the Israeli company Elbit Systems is being worked out. At the same time, according to the representative of the Ministry of Defense, the cost of modernization of each aircraft will be about 40 million dollars. He claims that the upgraded fighters will receive fundamentally new capabilities and the latest weapons for air combat.

Meanwhile, according to Rossiyskaya Gazeta, military experts criticized this statement about the cost of upgrading one fighter in 40 million dollars, since the total amount of 440 million needed to modernize all aircraft is completely impossible for the Ukrainian budget.

The possibility of Israeli specialists to modernize the MiG-29 fighters is also being questioned. Earlier, Elbit Systems, together with German experts, has already tried to modernize the MiG-29 in Romania under the Sniper program. As a result of development and success, this program did not have, and all upgraded MiG-29 were withdrawn from service.

According to military experts, Ukraine expects the same finale. Most likely, as has already been done more than once, Ukraine, with the help of Israeli experts, will create a demo version of the upgraded MiG-29, announcing the standardization of the aircraft with NATO communications and identification systems. It is likely that a “glass” cabin with the latest displays will appear on the upgraded model and this will end, as avionics, engines, weapons and other equipment will remain the same. Operation of such machines may be unsafe due to unintended design changes.

Ukraine cannot independently upgrade its existing fleet of MiG-29 fighters for one simple reason - all ties with Russia have been severed due to the imposition of sanctions against it by Kiev. As previously stated at the Lviv Aviation Repair Plant, the contract for updating aircraft cannot be fulfilled, since the plant lost the opportunity to purchase Russian spare parts for fighters.

According to another source in the Ukrainian Armed Forces command, Ukraine is experiencing special problems due to the inability to purchase radar equipment in Russia. According to him, Ukraine itself has blocked all the possibilities of obtaining spare parts by introducing anti-Russian sanctions. And due to the fact that the light MiG-29 fighter is the main aircraft of the Ukrainian Air Force, the problem with its repair and modernization was very acute against the impossibility of acquiring new aircraft.

The weak point of the fighters is the on-board radar equipment, which was supplied from Russia. Replacing it due to existing sanctions is virtually impossible. Therefore, any "modernization", which is announced in Ukraine with fanfare, is conditional
- he explained.

In addition to the problem of the inability to carry out modernization on its own due to anti-Russian sanctions, Ukraine lacks the legitimacy of such work due to the lack of relevant documentation and a license from MiG Corporation. Although it was reported on the website of the Lviv Aircraft Plant that the production and technical base and personnel of the enterprise allow the MiG-29 to be “qualitatively and quickly” repaired in strict accordance with the requirements of the technical documentation of KB named after Mikoyan, in fact, they don’t have such documentation.

As stated in the MiG corporation, in Ukraine there is no “relevant documentation”, and all attempts to independently carry out repairs directly affect its quality and safety.

According to the CEO of the corporation, Ilya Tarasenko, the MiG RSK has already received complaints from foreign states due to poor-quality work on Soviet fighters that were carried out in Ukraine.

As Ukrainian media previously reported, in all, Ukraine owns about 45 MiG-29 fighters in the MU and MU1 modifications. According to the plans of the Lviv Aircraft Plant, these fighters should be upgraded to the МУ2 level, which allows the use of guided air-to-surface missiles and adjustable bombs.