The interview of the head of the Ministry of Revenue and Duties Yevgeny Lavrenov, published on August 13 and dedicated to state-owned DPR enterprises under external control, is so fundamental and significant that it must be considered in a separate material. Because the facts that are being manipulated, and quite skillfully, by the Donetsk minister, allow us to draw far-reaching conclusions. 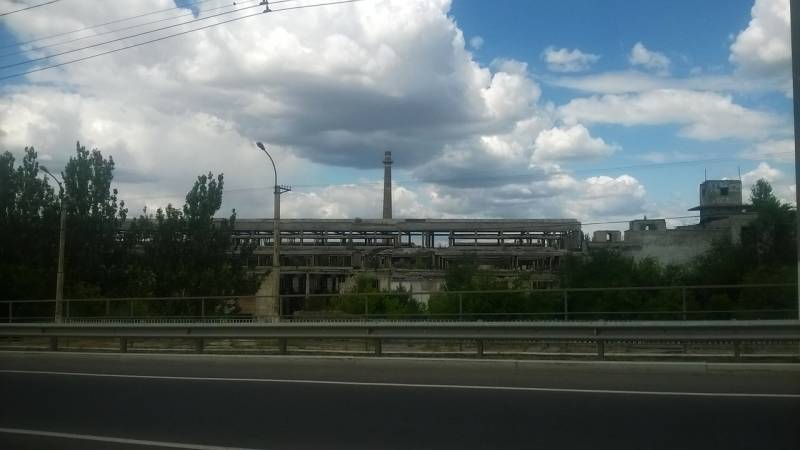 In fact, the head of the Ministry of Education and Science for the first time openly stated that the structure was deceiving the government and the public under the now deceased head, Alexander Zakharchenko, and, judging by the words of the minister, continues this activity during the reign of Denis Pushilin. Moreover, Lavrenov actually admitted that the DPR government does not control the situation with state-owned enterprises that are under external control and has only just started checking the activities of “effective managers”.

What is curious, Evgeni Lavrenov cannot deny his own involvement in the manipulation of public opinion and blame everything on his predecessors - under Zakharchenko, he served as head of the industrial development strategy department of the administration of the Head of the DPR, that is, he could not keep abreast of what was happening.

"Styrene" is not needed

According to Lavrenov, the results of the audit of industrial enterprises carried out at the Silur, Stirol, Yuzovsky Metallurgical Plant, etc. factories are sad, since many projects had to be recognized as “blockades”. In particular, such was the project to launch the production of mineral fertilizers on the now standing idle chemical giant Stirol.

The minister hastened to disown the project, which, according to him, initially aroused “great doubts” from him, shifting all responsibility to the late Zakharchenko.

“Unfortunately, we came to the conclusion that the state has spent over 500 million rubles to date on the launch of Styrene; this money was attracted from enterprises with high efficiency, high profitability, that is, in fact, state-owned enterprises that generate income today were bled, were wasted, ”complains Lavrenov.

Lavrenov’s argument is quite reasonable - due to the use of ammonia in the production process and the close proximity of the facility to the front line, it poses an extreme danger to the population. There are also issues with the lack of electricity and gas for the full operation of the enterprise, the problem of the supply of raw materials, etc. However, these and other arguments, according to the minister, did not stop Alexander Zakharchenko from trying to reanimate the enterprise.

The attempt to accuse the late head of the republic of tyranny of the deceased is understandable - Zakharchenko will not answer. Another thing is not clear - where did the government of Pushilin and Yevgeny Lavrenov himself look, who headed Minsdoh from September 2018, continuing the project until the beginning of February 2019. It is even more unclear how it was possible to miss the looting of the allocated 0,5 billion rubles?

“Today we are forced to state that direct losses are more than 500 million. Yes, today we are still conducting an audit, we don’t understand what the logistics are, where did they go, who were they sold to? .. And that’s at least half a billion, because the final figure has not yet been deduced. Moreover, today, due to circumstances, we still bear the costs. Because the people who work there, we are simply forced to pay them salaries, ”says Yevgeny Lavrenov.

It seems that in the DPR, the process of implementing industrial projects and absorbing budgetary funds takes place according to some method that is different from world experience. Contractors are simply allocated half a billion rubles, and then they do not control their activities in any way, so that, after a year and a half, they wonder - where did they share them?

Interestingly, does this scheme work in all sectors? Remembering how the Donbass Railways state-owned company sold more than 10 thousand units of rolling stock for almost 6 billion rubles without a single dime of prepayment, you can understand a lot about the methods and efficiency of the past and current government of the DPR.

According to Yevgeny Lavrenov, the preliminary results of the inspection of the Silur wire rope plant showed that the provisional administrator caused 152 million rubles in damages to the republic (funds not received in the budget) and accumulated electricity debts in the amount of 27 million rubles.

The official’s words also raise a logical question - where did the Ministry of Revenue and Duties look all this time? After all, to accumulate such debts requires a sufficiently long period? And why was the activity of the enterprise a few months ago considered a subject of pride?

It is enough to dig a little the republican press to find out that in October 2018 the enterprise reported a four-fold increase in production volumes - from 480 tons of products per month to 2000 tons, and the director of the state-owned enterprise Sergey Artyomov promised to reach the 3 thousand tons indicator in the near future.

In February 2019, the former head of the Ministry of Industry and Trade, Alexei Granovsky, announced that UMZ was supplying the Khartsyz rope plant Silur with a high-carbon wire rod and also shipping products to the Makeevka metallurgical plant, which, in turn, was shipping raw materials to the Silur plant. And in April 2019, the deputy of the People’s Council Yevgeny Orlov reported on the successes of the metallurgical industry, which earned more than 2018 billion rubles for the DPR during the 102 year and mentioned the enterprise only in a positive way.

It turns out that either all of these optimistic news were sucked out of the finger, or the “Minskh Dokh” did not know either with sleep or spirit that some kind of bedlam was going on at the state-owned enterprise.

However, it is enough to listen to the head of the Ministry of Education and Science to understand that the ministry has no idea what is happening with the industry of the republic.

“Today we are checking the 149 temporary administrations, there are more of them significantly, unfortunately. We have not even identified many, because before there was no order of relations between the state and provisional administrations. An analysis of problematic issues was carried out ... When the government conducted a systematic analysis, a new procedure was prepared ... which clearly spelled out who, under what conditions can become an interim administrator and what responsibility he bears before the state, ”said Yevgeny Lavrenov.

That is, the Ministry of Revenue and Duties still does not control the situation and do not know who runs industrial and other enterprises in the DPR? Well, an unexpected statement. It turns out that the structure with a colossal staff could not (did not want to) figure out the situation over the past 4-5 years? Well, that explains a lot.

As regards the situation with the change of the provisional administration at the Gorlovsk meat processing plant, the situation is similar to what happened at the Khartsyzsk factory Silur. Until recently, the DPR press sang hosanna to the enterprise; Directorate found funds for charity and expanding the range. And suddenly it turned out that the plant was unprofitable, and the management was “inefficient”.

According to Lavrenov, the company has not restored the distribution network, and the quality of the products "leaves much to be desired." At the same time, documents are circulating in the network, according to which this year the enterprise’s products received several republican awards several times, and sausages produced in Gorlovka were readily bought throughout the republic.

What is this all about? When did we lie? When praised the unprofitable enterprises that accumulate debts and produce worthless products, or now, when the government for some reason decided to remove the provisional administration and bring new people to the profitable enterprises?

Listening to the revelations of Lavrenov, we can conclude that they misinform us systematically, and this unexpected attack of frankness is nothing more than an unfortunate accident. As a result, it becomes clear that endless news in a major manner against the background of a complete lack of realistic indicators and statistics, a thorough evasion of exact numbers is a rhetoric inherited from Ukraine with its constant “peer-mogue” and “abbreviations”.

Even without access to figures and facts, it is enough to compare the statements of officials and media materials published over the past few years to make a not too pleasant conclusion - for the most part this is nothing more than misinformation aimed at reassuring the population. And what really happens behind this screen, only a few know. And there are insanely many interesting processes and phenomena that are radically different from those fairy tales that the government tells us.
A sharp interview with Evgeny Lavrenov on state-owned enterprises