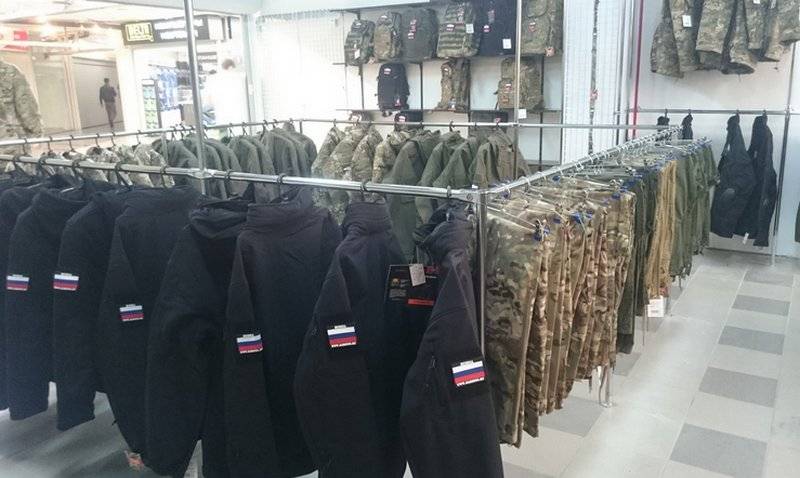 The Ministry of Defense intends to introduce a punishment for unauthorized trade in army uniforms and toughen the punishment for illegal wearing of military uniforms and insignia. It also considers amendments to the Criminal Code regarding the illegal use of military uniforms when committing a crime. If such amendments are adopted, illegal use of the form will be an aggravating circumstance.

Amendments to the Code of Administrative Offenses provide for the imposition of fines on individuals or legal entities for the sale of military uniforms to persons who do not have the right to wear it. Currently, there is no such prohibition and anyone with a military uniform with insignia can buy it. The ban applies only to the sale of the form of law enforcement agencies - in special stores require the presentation of an official certificate.

The current administrative code penalizes the unlawful wearing of uniforms “with insignia, with symbols of state militarized organizations, law enforcement or regulatory authorities”. The sanctions of this article provide for the imposition of a fine of one to one and a half thousand rubles with the removal of the form. However, no sanctions for the sale of military uniforms are provided.

Today in Russia they sew and sell military ammunition completely uncontrollably. Recently, a large number of stores have appeared where you can buy any element of military clothing or equipment. Also, the form is sold by private individuals who illegally acquire it, for example, in military warehouses. This is used by mummers who wear camouflage and beg, pretending to be veterans of the fighting in Afghanistan, Chechnya, and now Syria. Often they commit crimes in military uniform. This does not add credibility to the Russian armed forces, and this must be fought
- said military expert Vladislav Shurygin, adding that the uncontrolled use of military uniforms must be strictly prevented, as is done, for example, in the United States.

The Ministry of Defense hopes that the measures taken will help in the fight against the illegal use of military uniforms and, ultimately, will positively affect the authority of the Russian army.