In the struggle for stability. Twenty Years of Putin's System

August 13 2019
472
Project "ZZ". On 9 of August 1999 of the year V. Putin was appointed Acting Prime Minister, and from August 16 took office as Prime Minister. According to foreign analysts, over the twenty years of his reign, Vladimir Putin has cleared the political field in Russia, weeded the weeds, and turned the policy itself into imitation. He began with the rise, and came to a crisis. Die Dämonen der Krise is already nearby. 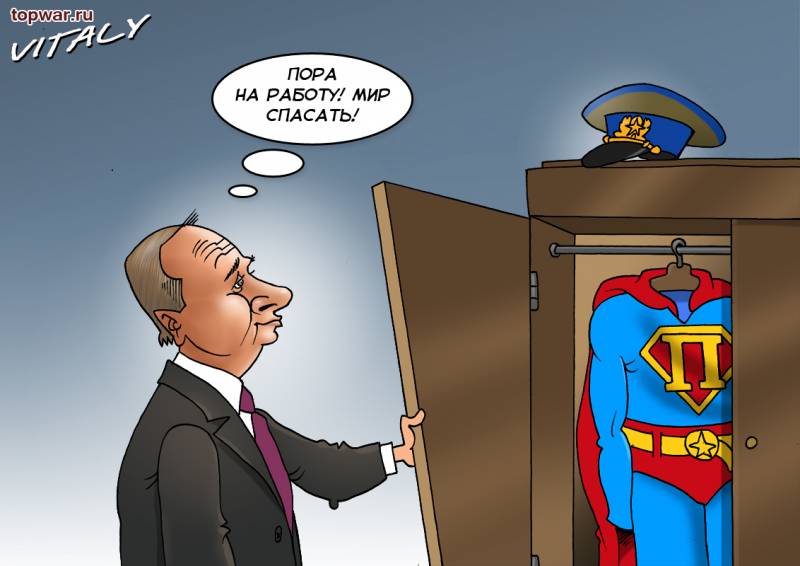 Christian Ash in the publication "Spiegel Online" spoke about the twentieth anniversary of the “Das System Putin”.

According to Herr Ashe, there are two ways to politics. The first begins with a small one: a politician solves local issues, gains confidence, accumulates experience, then gradually switches to large issues and takes up higher posts. This is the “classic path,” the journalist believes, noting that the opposition is “trying to follow the path in Moscow today.” Two years ago, the opposition managed to get posts in the districts, now it seeks to the Moscow City Duma, and from there "only one step to the State Duma."

The second path to politics begins not from below, but from above, continues Ash. This is the way for beginners. Exactly twenty years ago, such “newcomer” was presented to Russian viewers, “baffled”. On August 9 of August 1999, Boris Yeltsin announced in his message that the author of the article recalls that Vladimir Putin will act as prime minister. 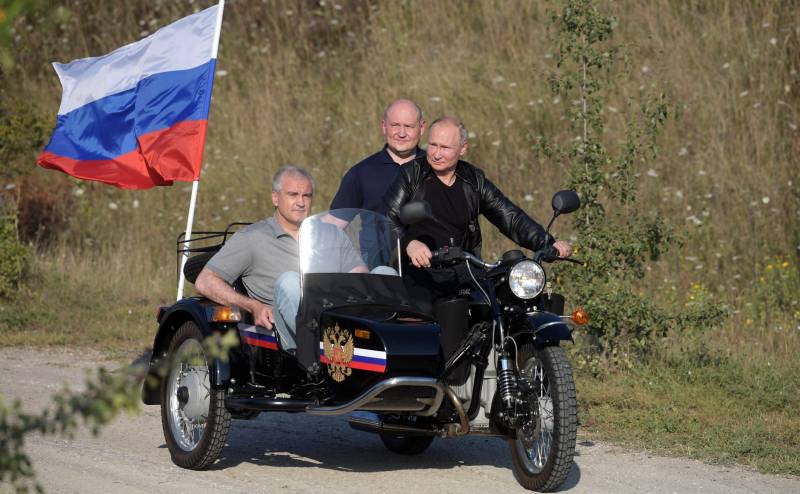 The Russians knew Putin’s name: he was “the director of the FSB, an influential person,” the journalist writes. But they were shocked; they did not know anything about him. After all, his entire career took place “outside the public sphere”. He was anyone, but not a politician, notes H. Ash. Thus, as a politician, he “was born exactly 20 years ago when Boris Yeltsin made him prime minister.”

If you look into the past, it may seem as though “Putin’s path to the Russian peak was a foregone conclusion,” the author of Spiegel continues. People around the “sick Yeltsin” were desperately looking for a successor who would not touch either themselves or their property. Putin, the author develops his thesis, was "an ideal figure, after all, he was known for his devotion."

Everything else, Ash says ironically, could be "left to the television crew and political scientists." They quickly "made the right image for the pale apparatchik Putin." That was the image of a "strong man." They also built a suitable party, giving it the name "Unity".

The rise of Putin contributed to gloomy times. Two days before Putin's appointment, Islamist militants from Chechnya attacked in Dagestan. The second Chechen war, which began in those days, and was accompanied by terrorist attacks, ended for Moscow with the conquest of Grozny.

When Boris Yeltsin unexpectedly left his post on New Year's Eve, 2000, announcing a successor, Putin was already “extremely popular,” says Ash. His rating "increased from 31 percent in August 1999 year to 84 percent in January 2000 year." Therefore, he had no competitors in the presidential election held in March 2000.

True, at that time the Yeltsin team had formidable opponents: former Prime Minister Yevgeny Primakov and the Communist Party of the Russian Federation.

Two decades later, everything changed. "The field of public policy" was cleared, taken under control. New players on this field are "not allowed."

The Kremlin, Ash believes, has gradually replaced "real political competition with imitation." "Putin himself" took care of this. And if in the 1999 year it was difficult for Russian citizens to imagine Putin in politics, today they can hardly imagine politics without Putin: there is no alternative in thoughts.

However, Putin is not getting younger, Ash is in a hurry to remind. And in 2024, he will have to give up his high post if he follows the constitution.

And just now from the events in Moscow it is clear that state policy "cannot be replaced by dead imitation." Putin should feel like a gardener who turned his front garden "into a neat stone desert" for two decades. But all of a sudden this gardener sees with annoyance that the uncontrolled sprouts of politics have again climbed “out of every crack” - and threaten to destroy all the gardener's work. Weeding, which “has no end”, the journalist notes. 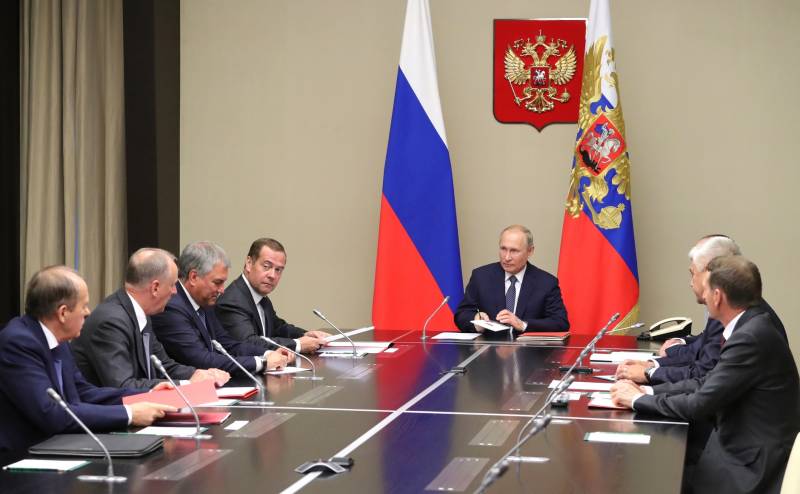 Not only weeds are found in the Kremlin’s front garden. The “demons” are also approaching the political field.

As the author recalls, Vladimir Putin took the premiere reins of 9 on August 1999 of the year. At that time, Russia was “hopelessly bogged down” in the reforms: shock therapy, the chaos of the Yeltsin years, the collapse of the ruble, the banking crisis and the almost undivided rule of the oligarchs. The country was suffering, millions of impoverished Russians were waiting for a miracle - the one who would save Russia. And they were told that this miracle would be "someone Vladimir Putin from St. Petersburg."

For many Russians, the years of overcoming the crisis described above became a “heroic epic”.

However, not everyone is sure that история Putin is a heroic epic, the author develops the idea. For some, he is “an impeccable democrat” (the opinion of former German chancellor Gerhard Schroeder), for others, “just a despot.”

“The heroic years of Putin,” the author further points out, have passed. It seems that the "demons of crisis" that Putin once banished are returning. With projected economic growth of 1,2 and 1,7 percent this and next year, Russia is by far the latest in Eastern Europe. The Vienna Institute for International Economic Research sees Russia "on the brink of recession."

The increase in VAT, the shift in the retirement age and economic difficulties "annoy people" and increasingly destroy the "epic of Putin the hero." 21 million Russians live below the poverty line (14,3 percent of the population), the author points out. In Moscow, security forces “beat up peaceful demonstrators,” in Siberia, “forests burn,” the journalist says. In 2018, 18% of Russians were against Putin, today it is 38%. The trend, summarized by Bruggmann. 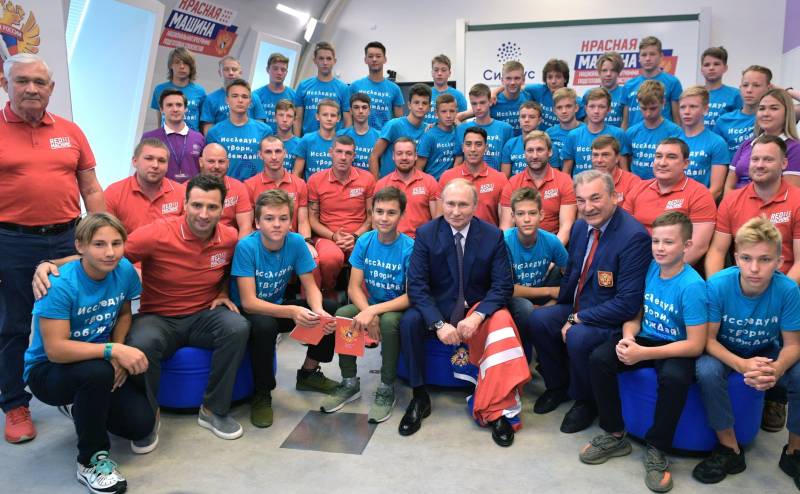 Judo instead of chess

Twenty years have passed since Vladimir Putin came to power, and recalls Angela Stent, director of the Center for Eurasian, Russian and East European Studies (Georgetown).

Mrs. Stent wrote an analytical article, “Putin Plays Judo, Not Chess” for "Wall Street Journal"in which she spoke about the difference between chess and judo.

Yeltsin said Putin guarantees reform in the country if he wins the presidential election in 2000. 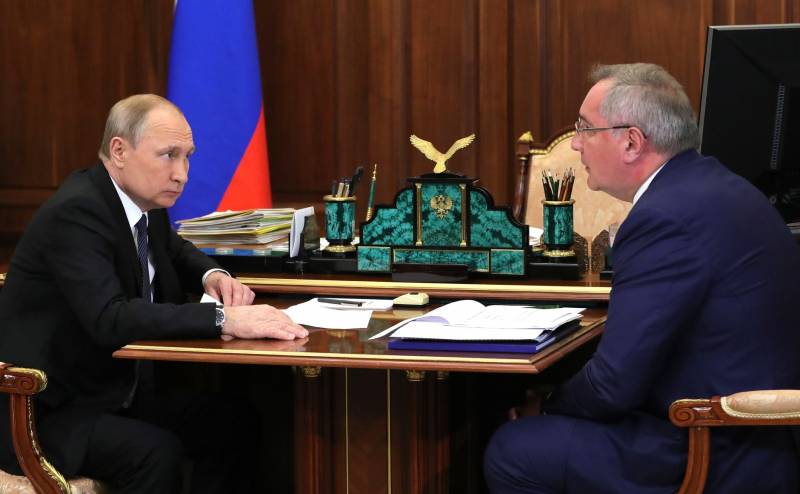 In his two decades as president and prime minister, Putin has seen four US presidents and countless other world leaders “come and go,” Stent writes further. As for the reforms, after the first years in power, he “stopped” carrying them out. Putin has become "increasingly authoritarian." But “at the same time, he managed to restore Russia's role in the world arena, despite the decline in the economic power of his country” (GDP is lower than Italy’s, population is declining, infrastructure is obsolete, budget is dependent on energy exports, corruption is widespread, the analyst lists) . However, despite these obstacles, Russia "regained its place" in world politics and "again began to encroach on Western interests."

Americans tend to consider Russians “skilled chess players,” the author develops the idea. But Putin’s sport is not chess, but judo, Stent objects to the Americans. The Russian president himself "admitted that he was a bully in childhood, but martial arts took him off the street." In 1976, the Leningrad newspaper welcomed the 23-year-old “judoka Vladimir Putin”, who won the prestigious competition.

In judo, a weak-looking person can count on his inner strength, willpower and, as a result, on victory over a stronger opponent. One of the main methods is to bring the enemy off balance and use his temporary disorientation to inflict a victorious strike, Stent writes. Putin “proved his ability to seize opportunities”: the chaos of the West and the indecision of its leaders. He had a plan to restore Russia as a great power, and the United States did not have a comparable strategy in the post-Cold War era. Russia, the expert believes, "took advantage" to attack a stronger opponent.

Mr. Putin’s skills are “on display in the Middle East, where Russia has returned as a key player for the first time in three decades” and where it has erased B. Obama’s Syrian “red line”.

Putin sowed discord in NATO, drawing closer to Turkish President Erdogan, and with the acquisition by Turkey of the Russian-made C-400 system he “gained a big victory” over the West.

Mr Putin took advantage of the opportunity that arose after the growing trade war unleashed by the Trump administration with China. Putin expanded the Sino-Russian partnership and made Moscow "more needed" for Beijing by "strengthening military cooperation." Undoubtedly, Russia is a “junior partner” in these relations, if we recall the “asymmetry” between the economies of the Russian Federation and China. But Xi Jinping, the authoritarian leader of China, "never criticizes [Putin] and does not dispute his domestic policy." But China "is increasingly at odds with the United States."

Over his twenty years in the Kremlin, Vladimir Putin has proven himself to be a true “judo champion”. He has collected dividends from disagreements in the West, and he is ready for the next opportunity to strengthen Russia's international influence. He knows how to act, and knows how to act quickly. 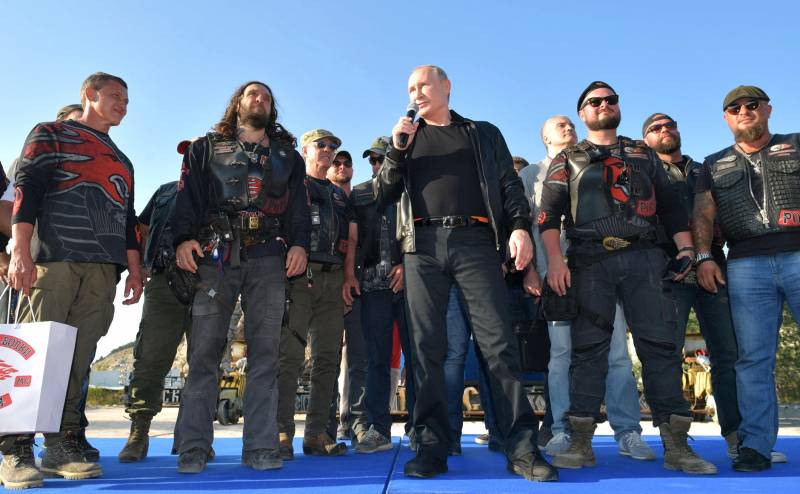 Champion outside, loser inside. Western analysts see Putin as something like this. The "junior partner" of China, which has sowed discord in NATO, and the leader-autocrat, before whom the "demons of crisis" loom. Yeltsin’s successor, whose years many Russians consider the “heroic epic”, and the gardener who cleared the “front garden” from weeds.

We are in Yandex Zen
Project "ZZ". Putin will not leave. And do not expect!
Situational analysis of the death of the MH17 flight (Malaysian Boeing 777), made on the basis of engineering analysis from 15.08.2014
472 comments
Information
Dear reader, to leave comments on the publication, you must to register.