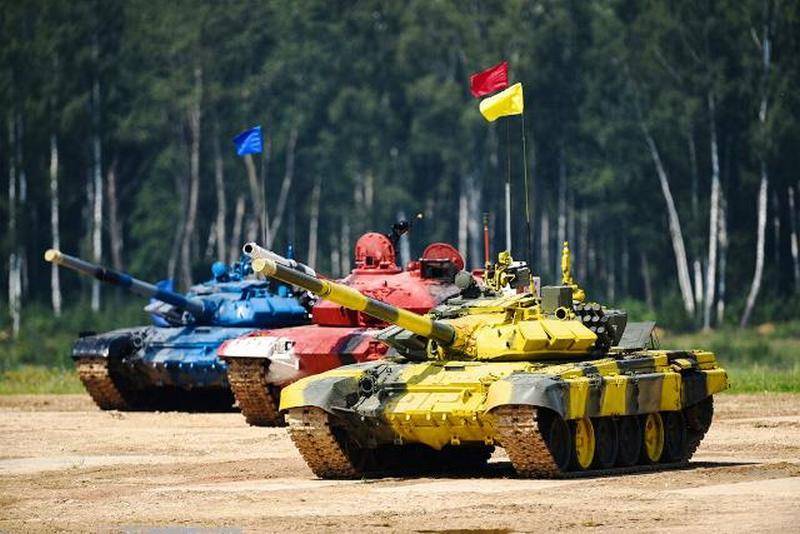 16 of the best teams representing two divisions, with 8 teams from each, passed to the second stage of the “Tank Biathlon”. The first division includes teams from China, Kazakhstan, Azerbaijan and Serbia (1 race) and Mongolia, Belarus, Russia and Venezuela (2 race). In the second division, the teams from Myanmar, Uganda, Vietnam and Tajikistan (1 race) and Laos, Uzbekistan, Cuba and Kuwait (2 race) reached the semifinals.

The first semi-final race in the first division was already held today, the teams from China, Kazakhstan, Azerbaijan and Serbia fought for leadership. According to the results of the race, the Kazakhs showed the best time, the team of Azerbaijan was in second place, the third - China and the fourth - Serbia. The second race, where four more teams of the first division will participate, will be held on August 12.

In the second division, the first four teams consisting of Myanmar, Uganda, Vietnam and Tajikistan will start on August 11, the second four on August 13.

Recall that in the relay Tanks start at the same time and pass the route according to one of four options for passing the route, which is determined by lot. Each option includes overcoming four laps: a high-speed race, flank firing on the move from a tank gun, anti-aircraft machine gun firing and twin machine gun firing.