August 9 2019
97
The United States may withdraw part of its military contingent from Germany and deploy it in Poland. The reason for this is the reluctance of Berlin to increase its military spending, the television channel reports. ARD with reference to a statement by the US ambassador to Germany, Richard Grenell. 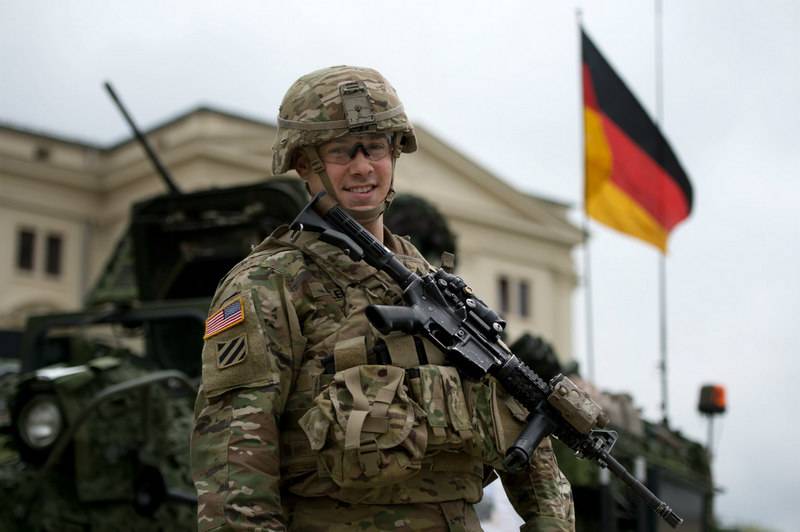 According to Grenell, part of the US military contingent may be redeployed from Germany to Poland due to Germany’s reluctance to increase defense spending to 2% of GDP. The US ambassador accused Germany of using the budget for domestic spending, not military spending. Grenella was supported by the US ambassador to Poland, Joggett Mosbacher, who stated that, unlike Germany, Poland fulfills all its obligations to the United States and NATO on defense spending.

It’s really insulting to expect that the American taxpayer will continue to pay for more than 50 of thousands of Americans in Germany, while the Germans use their trade surplus for domestic purposes
he said, adding that now is the time to act and US President Donald Trump must respond to Berlin's ignoring of US demands.

President Trump is right, and Georgette Mosbacher is right. Numerous presidents have asked Europe's largest economy to pay for its own defense. This is a request that has dragged on for many years and many governments. The time has come for decisive action
- emphasized Grenell.

It should be noted that in Germany the largest military contingent of the American army is located - 35 of thousands of troops. In addition, 17 of thousands of American and 12 of thousands of German civilians performing work at American military bases, etc. belong to it. At the same time, despite Trump's demands to increase defense spending to 2% of GDP, Berlin is in no hurry to do this, raising it to 1,36% this year.

At the same time, Poland only welcomes the deployment of an additional US military contingent, saying that they are ready to spend "additional funds" on it.