August 9 2019
29
Frequent cases of air intercepts recall the times of the Cold War. The last two days have been full of incidents of this kind. It is reported by the Western publication The Aviationist. 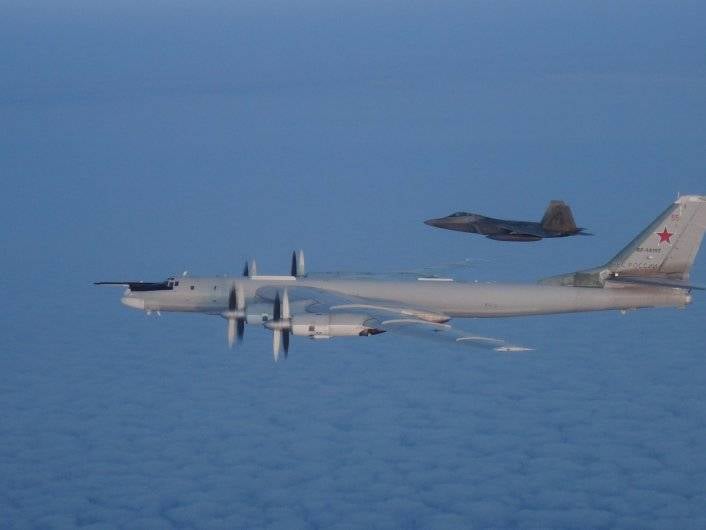 On August 8, a whole group of Allied aircraft proceeded north of Alaska and Canada: a pair of F-22 fighters, an E-3 Sentry AWACS AWACS, a US Air Force KC-135 tanker, and two Canadian CF-18. Their goal was two Russian Tu-95 missile carriers flying over the Beaufort Sea.

Allegedly, the interception occurred in the "air defense identification zone." It is an international airspace that extends for 200 miles (about 320 km) from the US / Canada coastline and is controlled in the interests of national security. US territorial airspace begins just 12 miles from the coastline. At the same time, Russian aircraft flew dozens of kilometers from this line.

A week ago they already flew here, but then there was no interception. The last time in this area it occurred in May, when the Russian Air Force machines appeared in the air defense zone for two consecutive days.

- said the pilot of the Typhoon.

According to him, these aircraft did not have a “recognized flight plan and did not maintain contact with air traffic control."
As The Aviationist notes, the specific reasons for the interceptions are unknown. At times, airplanes collect intelligence data relating, in particular, to the air defense network.