Landfill in the Arkhangelsk region. What could have exploded in Nenox?

August 12 2019
103
It’s worth mentioning right away that no one, including the author, has any specific information, and everyone who writes something on this topic, in general, is involved in speculating, speculating and filtering rumors, no matter what sources they refer to. 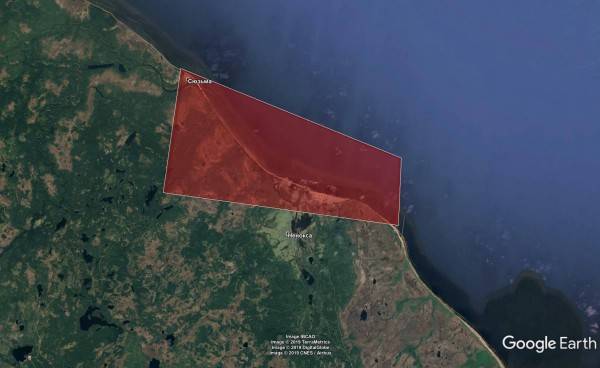 So, the official statement states that “an emergency occurred at the training ground in the Arkhangelsk region” during the tests of the “liquid rocket engine”, which led to the death of two people and six more injuries. This landfill is called the 45 State Naval Testing Ground and it is located in Nenoks, 30 km from Severodvinsk. Nenoksa is a rather interesting place, where almost all the missiles that go into the Navy’s armament were carried out and are being tested: RCC, PLUR, SAM and even SLBMs. Their throwing launches were also carried out there in due time. There is information from various sources that the 3M22 Zircon hypersonic long-range heavy anti-ship missiles are now being tested there. Moreover, recently restrictions on flights and shipping (NOTAMs) from 15 to 20 of July were introduced in the area of ​​the training ground. 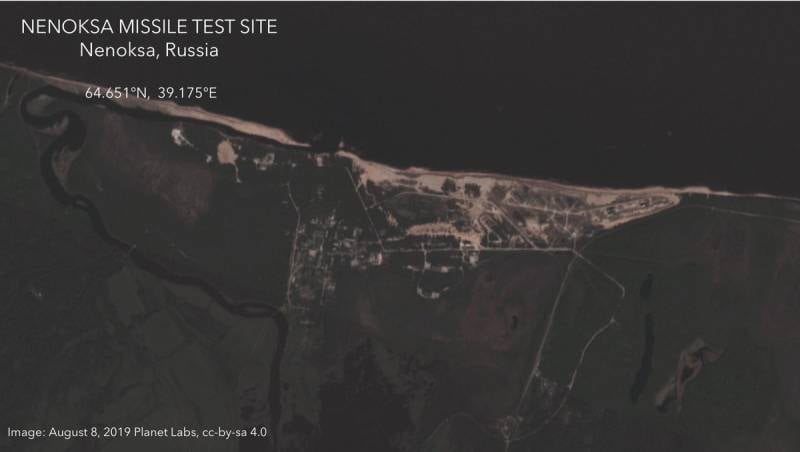 But, unlike typical "Zircon" bans, it was not narrow enough, but extended for hundreds and hundreds of kilometers, from Nenoksa to the Chizhi training ground (where there are falling fields, in particular for launches of SLBMs with SSBNs from the Red Banner Pacific fleet) and the prohibition zone that covers the heights, as was the case in NOTAM on July 2-4. It was a small zone, in the area of ​​the landfill, with altitudes from 0 to 1000 m. Which suggests that at that time it was clearly not a heavy hypersonic RCC that was capable of flying at both low and high altitudes, but something else wasn’t high-speed, not long-range, and perhaps then it was a matter of throwing the launch of a certain product or of the fact that it simply wrapped circles in the area of ​​the landfill. This time there were no warnings, probably flight tests for this day were not planned.

There is another version that Nenox is one of several places, along with the Kapustin Yar and Pankova Zemly Peninsula on Novaya Zemlya, where they test the components and prototypes of ground-based Raman missiles with unlimited range and the Petrel nuclear-powered jet engine (NAR), with the index presumably 9M730. This is evidenced by the tento-mobile arched shelters found on Google photos, found on Pankovaya Zemlya, where the Petrel was tested accurately (identified by video), and on KapYar, and there is such a thing on Nenoks. They are all the same size, approximately 17-19 m, and are located inside their launchers. 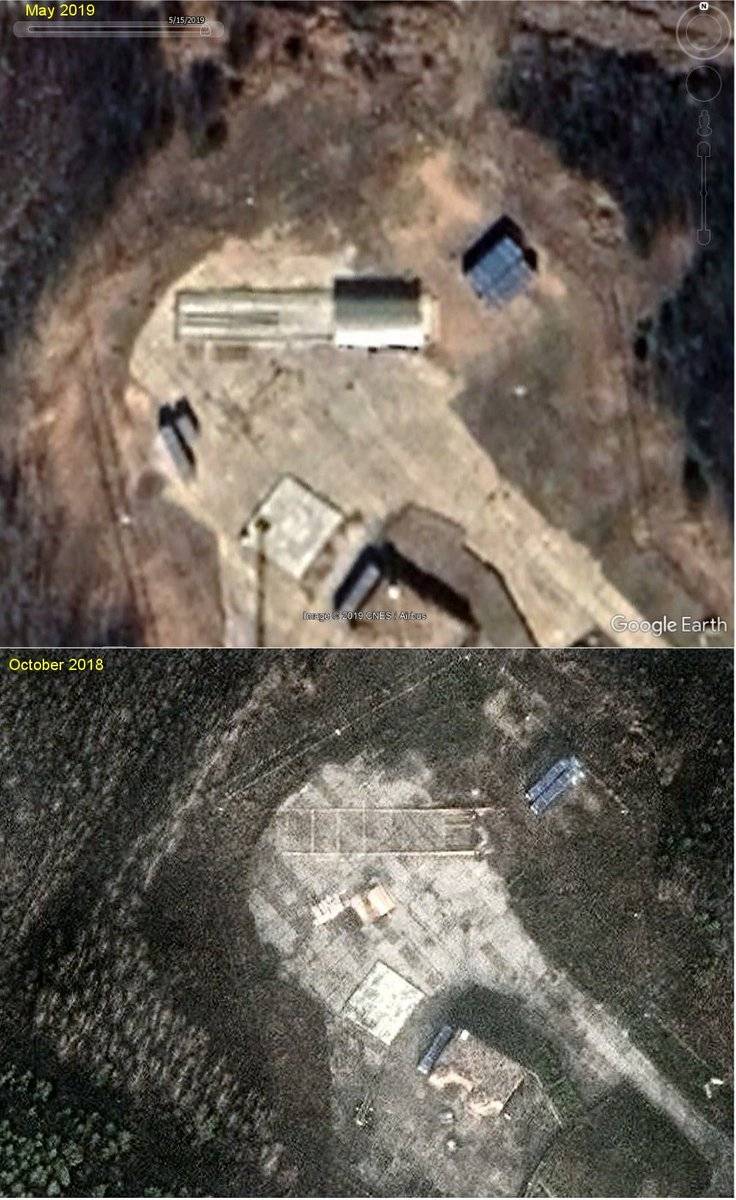 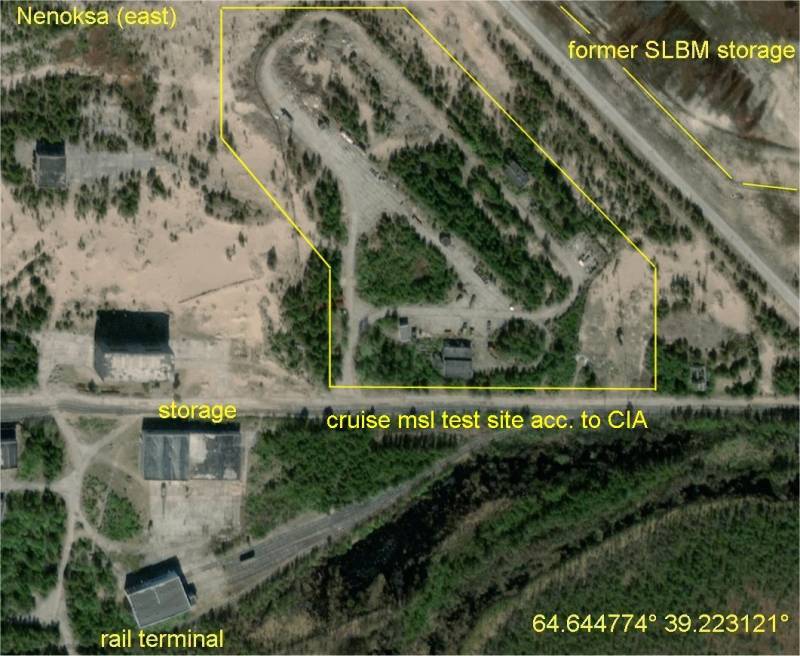 The test facility at the 45 test site, designed to test the new Kyrgyz Republic, according to the CIA. As well as tented arched shelters at the training ground on Novaya Zemlya and Nenoksa

Variants of what happened - the mass

So, what could really explode there? If you take officialdom literally, then you really can not exclude the explosion or fire of one of the liquid-propellant liquid-propelled rocket launchers, say, the P-29РМУ2.1 "Liner" or some other. But, on the other hand, these missiles have not been tested there for a long time - they do not need it. Maybe some kind of fire tests were carried out for some new version of the engine? Or throw throw of an upgraded SLBM? Hardly, but how the version can be accepted. This can also explain the presence of people in chemical, radiation and biosecurity facilities on personnel, where the wounded are transferred to an intensive care unit. The fuel for such missiles is UDMH - asymmetric dimethylhydrazine, an extremely toxic substance, and an oxidizing agent is no better there. This also explains the closure of the area for shipping for a month after an emergency - if some debris and fuel and an oxidizing agent get into the water, then the debris needs to be removed, and the poison needs time to disperse in the water. 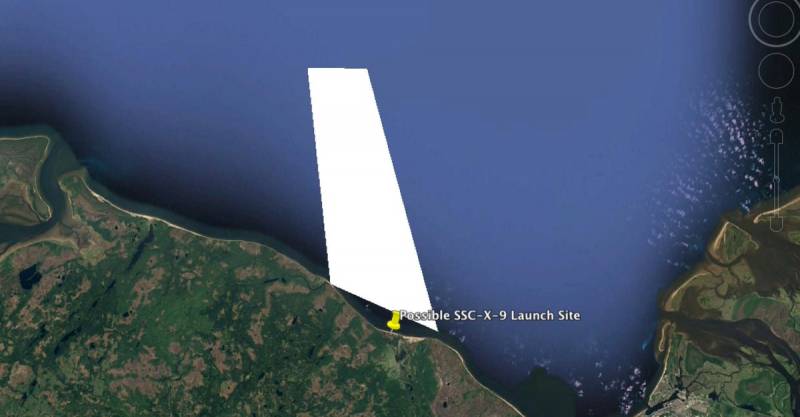 Zone of overlapping access for shipping for a month, until September 10

The Zircon explosion version or its engine is not believed. No, of course, it is clear that any new, and especially such a breakthrough product, like 3М22, can not do without accidents during testing. But it is unlikely that the engine there belongs to liquid reactive ones, as well as the first, accelerating stage. It is known that their developer is the Perm NPO Iskra, and there they are working on solid-fuel engines.

It is possible that the accident happened when testing the engine or the non-nuclear prototype of the Petrel - a nuclear one would hardly be tested near Severodvinsk and Arkhangelsk, for this there is Novaya Zemlya. Rumors about the connection of radiation in Severodvinsk, which has risen to extremely modest values ​​and for as long as 20-30 minutes, with the tests of 9M730 or its components, in general, also do not fit, especially since the detected radioactive isotope was radon, and it was clearly not fits the definition of traces of nuclear destruction. Radon emissions are most often of natural origin.

There is another version that the incident occurred on a certain ship. Indeed, in a published satellite image from August 8, in the sea, opposite the site of the test site, where 9М730 is supposedly tested, there were several ships and ships. For the most part, the AIS sensor was disabled, but one was still recognized. And this ship was the Serebryanka special tanker, a small ship 102 m long and 1625 t deadweight, designed to service nuclear icebreakers and collect liquid radioactive waste. Why there was "Serebryanka" is unknown. A fire on such a ship can be a source of trouble, I would not want just such a scenario. 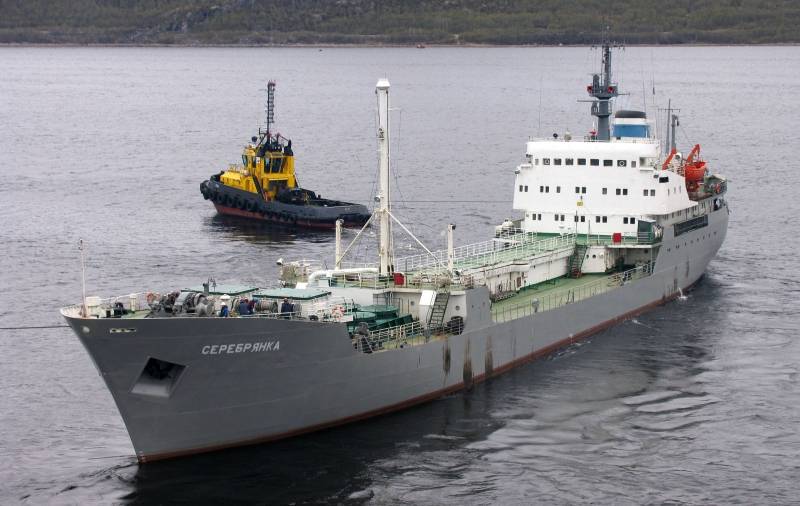 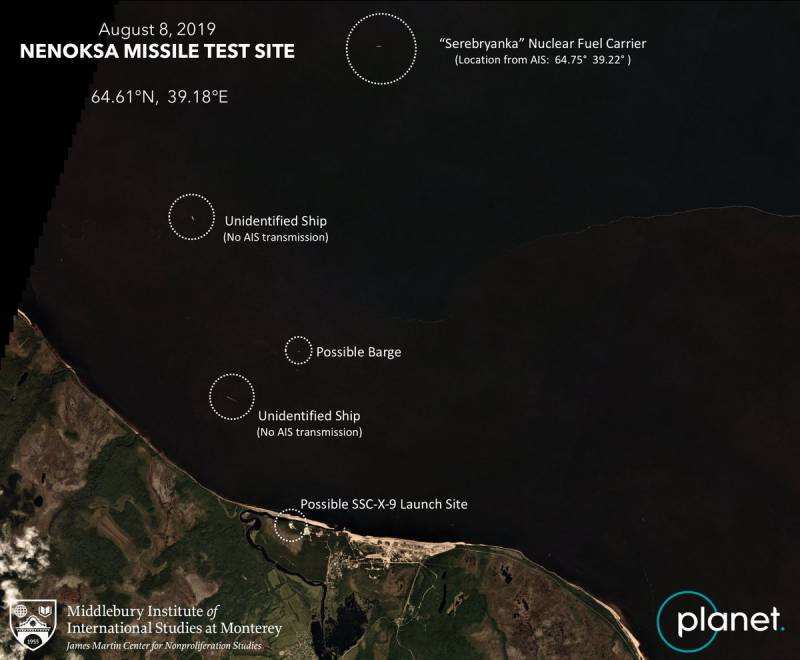 Other versions of what happened are also possible.

Silence on this topic from the RF Ministry of Defense gave rise to another “influx” of various kinds of “alarmist experts” and simply hysteria that we have, in the West, frightening townsfolk with almost new Chernobyl in Nenoks. The benefit of the HBO anti-Soviet series was recently, the western man still did not forget the word Chernobyl, and you can scare him. However, we also have enough clever people who advise residents of Arkhangelsk and Severodvinsk to drink iodine, although there is no reason for this. Which, by the way, can lead to poisoning, in such cases they drink iodine preparations, and not iodine itself - let the authors of such rumors drink iodine, in vials, without diluting them. Perhaps it was dishonest drug dealers who had fussed around, or else a lot of iodine had accumulated?

Unfortunately, the theme of the Nenox training ground itself does not imply openness in covering events at it. As well as the recent accident at the GUGI AGS, official information is extremely stingy and gives a lot of room for fiction, which many use. The real scenario of an emergency at Nenoks can be quite different, with breakthrough products that are not connected in any way and very prosaic. But it is unlikely that we will reliably know something in the near future, although the informational “roll” will only grow.

We are in Yandex Zen
Situational analysis of the death of the MH17 flight (Malaysian Boeing 777), made on the basis of engineering analysis from 15.08.2014
Syria: Americans scare themselves, and Asma Asad buys chairs
103 comments
Information
Dear reader, to leave comments on the publication, you must to register.