Russia "swallowed" OPEC. But is the “oil deal” beneficial to our country?

July 4 2019
53
Gathered at a meeting in Vienna, ministers - representatives of the Organization of Petroleum Exporting Countries, decided to extend the restrictions on the production of "black gold" for another 9 months. This decision must be approved by non-OPEC countries. But Russia has already agreed with the position of the organization. Meanwhile, in OPEC itself, not all participants support the real strengthening of Russia's position in the organization. 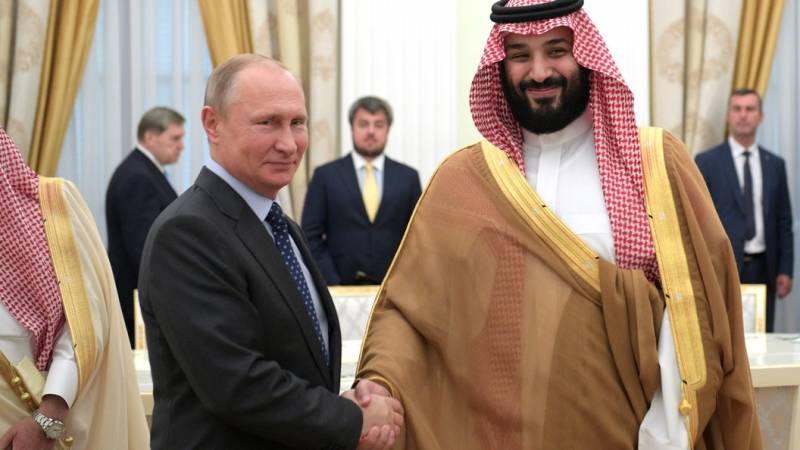 The agreement to reduce oil production together with OPEC countries in the same volume, that is, to extend the "oil deal", Russia gave even during the summit of the "big twenty" in Osaka. There was a very important meeting between Russian President Vladimir Putin and Saudi Crown Prince Muhammad bin Salman al-Saud. Against the background of Putin’s meetings with Trump and May, attention to negotiations with the Saudi prince was somewhat weakened, and yet it was they who played a key role in the future of the “oil deal”.

Negotiations between Putin and bin Salman led to a significant change in the situation on the world oil market. The two countries, which are the largest producers and suppliers of oil, have actually subjugated OPEC to their interests, and now Moscow and Riyadh are making genuine decisions about the scale of oil production, but between them and OPEC.

The fact that Putin and bin Salman announced a reduction in oil production even before the OPEC summit held in Vienna on July 1-2 indicates that Russia and Saudi Arabia are becoming true OPEC leaders, and Russia, as is known, is not a member of OPEC. .

Oil production will be held back until March 2020. This is a long time, and in Russia, as in Saudi Arabia, they expect that the “oil deal” will meet the economic interests of the country. Moreover, the demand for oil in the world market, due to a number of objective factors, falls, respectively, and there is a need to raise prices.

If we talk about the scale of reduction in oil production, in general, it is planned to reduce it by 1,2 million barrels per day from the October production level of 2018. The Russian Federation pledges to restrain oil production at 228 thousand barrels per day from the October level of 2018, and OPEC member countries at 800 thousand barrels per day. Proponents of the deal emphasize that if oil is sold above 65 dollars per barrel, Russia will receive a profit in the budget in the 2,8 region of trillion rubles before the end of 2019.

Tehran criticized Russia’s oil policy. Iran has called the Russian Federation and Saudi Arabia the direct perpetrators of the gradual "dying" of the Organization of Petroleum Exporting Countries. This was stated by Iran’s Oil Minister Bizhan Namdar Zangane, who arrived in Vienna.

According to the Iranian minister, now in OPEC there is an obvious one-sidedness in decision-making. In fact, the policy of the cartel is determined by Russia and Saudi Arabia. And if in itself the reduction of oil production is not a problem, then in strengthening the influence of Moscow and Riyadh on the policy of the organization in Tehran see a dangerous trend.

In fact, Iran has indeed found itself in a very difficult situation. On the one hand, he is an ally of Russia in Syria, and indeed in the whole of the Middle East. Tehran is well aware that without the support of Russia, Iran, which has been imposed on sanctions and is causing Washington’s hatred, will be very bad. 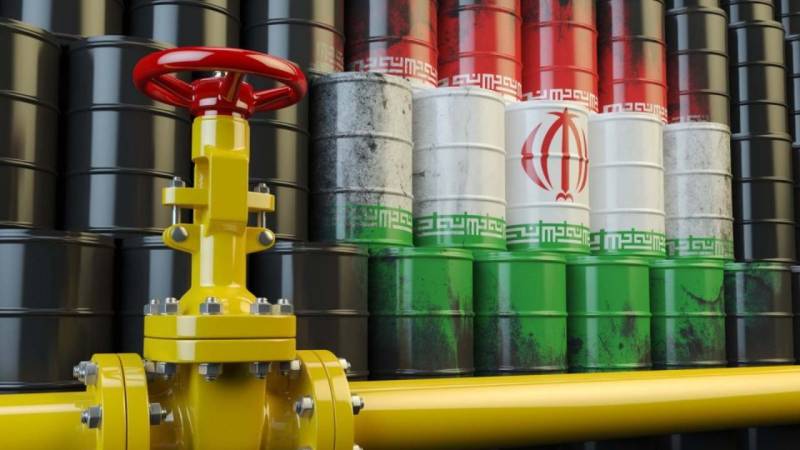 On the other hand, and this is also an objective fact, if we talk about trade in minerals, then Iran is a competitor of Russia on the world market, as it produces oil and gas. And the sanctions imposed on Iran by the United States are, in a sense, beneficial for Russia as well, since they “turn off” a serious competitor and make it possible in part to occupy that niche in the oil and gas trade on the world market, which Iran previously occupied.

Therefore, in Tehran, they are concerned about the OPEC deal, especially if we consider that Iran’s oil and gas exports are now experiencing far from the best times - because of the American sanctions, almost all buyers of its oil and gas have turned away from Iran. Without real opportunities for “white” exports, Iran can increase oil production at least tenfold, and Tehran will not be able to sell “black gold” in such quantities on the world market anyway due to US sanctions.

Accordingly, the transaction itself on the reduction of oil production can not cause any economic harm to Iranian interests in the current world situation. Another thing is that Tehran does not like the fact of forced adjustment of the Organization of Petroleum Exporting Countries to the interests of Russia and Saudi Arabia, but, on the other hand, nothing can be done about it.

OPEC problems and its nebulous future

As it is known, the Organization of Petroleum Exporting Countries initially included 14 participants - these are African, Asian, and Latin American countries that produce and export oil. In Africa, OPEC includes Algeria, Angola, Gabon, Congo, Libya, Nigeria and Equatorial Guinea, in Latin America - Venezuela and Ecuador, in Asia - Iran, Iraq, Kuwait, United Arab Emirates and Saudi Arabia. The 14th member of OPEC, Qatar, in January 2019 left the ranks of the cartel.

Initially, OPEC already faced serious problems. First of all, it is the opposite of the political and economic interests of its members. For example, OPEC has its worst enemies - Iran and Saudi Arabia. Their political and ideological confrontation inevitably extends to the sphere of the economy, including oil production, to its exports, where these countries are also competitors. 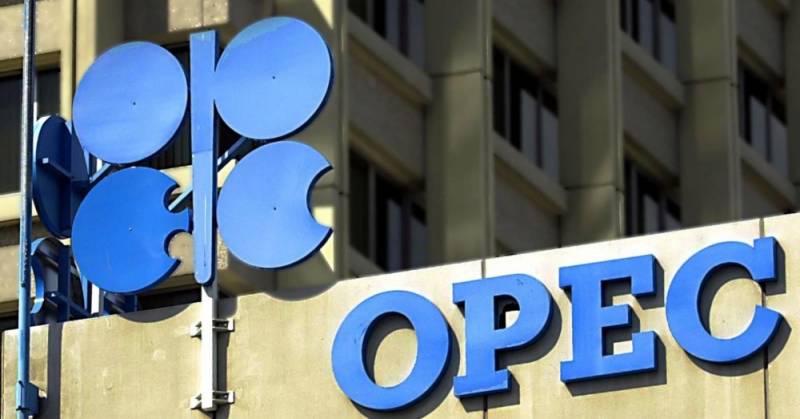 Secondly, the economic situation of the OPEC countries is very different. So, Saudi Arabia, the United Arab Emirates, Kuwait are rich countries with a very high standard of living of the population and, at the same time, possessing enormous oil resources. For them, increasing oil production is not critical. Another thing is such countries as Nigeria, Venezuela, Iraq, which are in a difficult economic situation and for which oil production is the only way to feed itself, at least partially to cover debts.

A number of OPEC countries have political problems that inevitably affect both the production and sale of oil. For example, civil wars are going on in Iraq and Libya, sanctions are imposed on Iran, effectively blocking the country’s ability to trade in oil normally, Venezuela is also under sanctions, albeit less severe. That is, already four countries cannot fully realize their potential in the sphere of oil production and sale.

On the other hand, OPEC does not include countries that play a very serious role in world oil production. First of all, it is Russia, which accounts for 12% of world production of "black gold". OPEC does not consist of the United States, China, Canada, Brazil, Kazakhstan, which also play a very important role in the global oil market.

The presence of countries that are not members of OPEC, but possessing huge oil reserves and actively selling oil, is in itself a factor hindering the monopoly influence of the Organization of Petroleum Exporting Countries on the world market for “black gold”. And until recently, OPEC did not seek to reduce production, believing that the vacant niche in the oil market will be immediately occupied by countries that are not part of this cartel.

Is OPEC a profitable deal for Russia?

Regarding the economic consequences of the OPEC transaction for Russia, there are several points of view. According to the most common, Moscow unequivocally benefits from a reduction in oil production, since it allows maintaining high prices for “black gold”. Since oil exports are one of the most important items of income for the Russian budget, it turns out that the material well-being of both Russia and all Russians largely depends on world oil prices.

But critics of the deal believe that it is extremely dangerous for Russia. And cite as an argument the following considerations. Oil production in Russia, in contrast to the same countries - OPEC members and non-OPEC countries like the USA, is growing at a very slow pace. Simple comparisons are enough: from 2007, the increase in oil production in Iraq was 111%, in the USA - 87%, and in Russia - 10%. Comments, as they say, are superfluous.

Low growth rates of oil production were also reflected in the share of Russia in the world oil market. But the smaller Russia's share in the global oil market, the less its influence on it. Especially when you consider that today, the world's oil buyers are becoming more interested in other grades of “black gold”, which are not produced in Russia.

We should not exclude such a factor as the real influence of the USA on the world oil market, but it is much more ambitious than the Russian one. To begin with, the United States consumes a quarter of the world's oil. At the same time, the US itself, after the “shale revolution”, quickly became the most important supplier of oil to the world market. Now the United States and the world leader in oil production, and the world leader in its consumption. This alignment gives Washington the opportunity to very seriously influence the price of oil.

In addition, the US does not forget about political instruments of influence. For example, by introducing sanctions against Iran and threatening all buyers of Iranian oil, the United States effectively removed it from the world market. Now most of the Iranian oil remains unclaimed, and Tehran can only make shady deliveries to China, and negotiate with Russia so that Russia sells Iranian oil on its own behalf. Does our country have similar American opportunities to influence the world oil market? Of course, there are no such opportunities, and in the near future they are unlikely to appear. 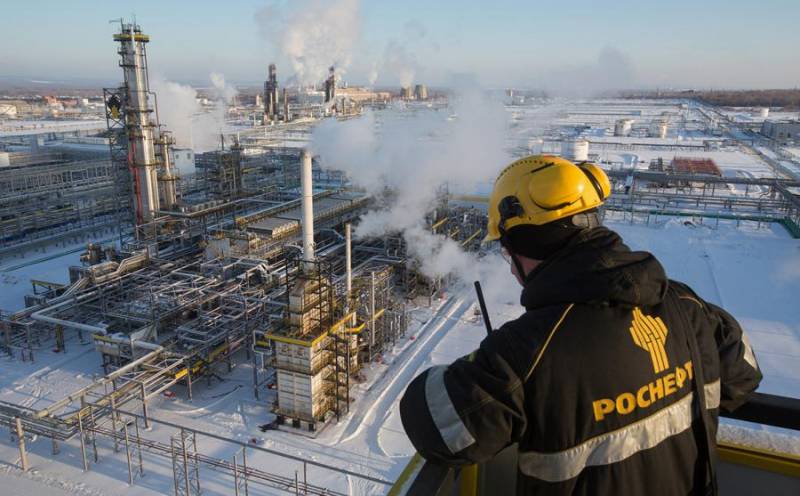 The position of the Russian oil producers themselves is interesting, since it is they who best understand the essence of what is happening. So, in Rosneft, the OPEC + deal was extremely negative. If the Ministry of Economic Development believes that only thanks to the deal, it will be possible to maintain high oil prices, then Rosneft adheres to the opposite point of view. The OPEC + deal in the country's largest oil company is considered profitable only by the United States.

Americans will increase production. Does it make sense to cut us if the Americans immediately fill in and take market share?
- the head of Rosneft asked Igor Sechin another 4 of June at the meeting of shareholders of Rosneft.

If Russia, as the opponents of the transaction believe, will risk and produce oil on a large scale than before, then oil prices will go down and this will lead to huge losses for the United States. Expensive oil production projects will be forced to leave the market, since they will not stand the competition. Although, of course, such a position, called the “price war model”, also has a lot of risks, including the enormous capabilities of the United States.

In addition, the obligations under the transaction with OPEC can delay the development of a number of Russian mining projects, which will inevitably affect the state of the manufacturing industry, the number of jobs for the population and its income. As a result, the low standard of living of Russians can significantly decrease, which will force citizens to take more consumer loans, increasing the credit load.

Thus, the consequences of a deal with OPEC for Russia can be viewed from different angles. And it’s too early to say that Moscow found itself in some kind of extremely advantageous situation, having agreed with the Saudi prince.

Ctrl Enter
Noticed oshЫbku Highlight text and press. Ctrl + Enter
We are
Time to change the heir. Qatari crisis as a cover for the struggle for powerWhat if Putin is telling the truth? (“NEO - New Eastern Outlook”, Russia)
53 comments
Information
Dear reader, to leave comments on the publication, you must to register.