27 2019 June
26
The press service of the Rostec Electronics holding, which is a part of Rostec, announces the start of deliveries of the modernized remote demining machines Folia to the Armed Forces of Russia. We are talking about modernized versions of MDR "Foliage" Krasnodar instrument factory "Cascade". 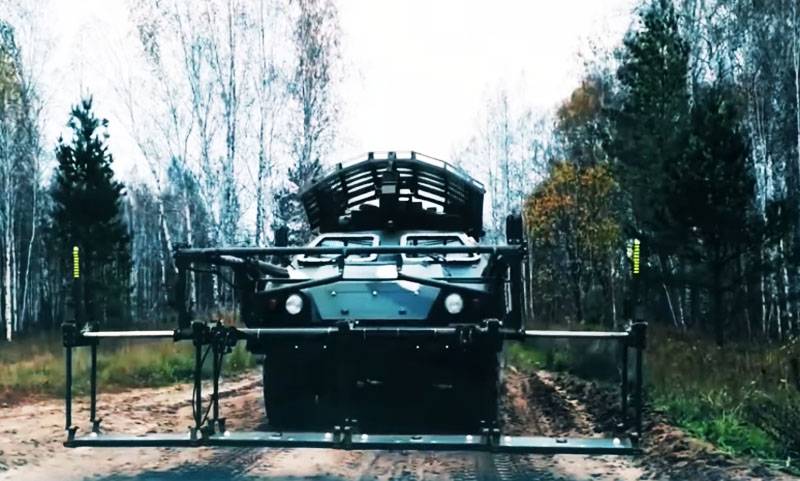 It is noted that “Foliage” is the first MDR development in Russia. The basic principle of operation is the destruction of the electronics of an explosive device.

According to some reports, the upgraded “Foliage” increased the detection range of land mines and mines. Now it exceeds 100 m.

MDR is created specifically for the strategic rocket forces. The car goes ahead of the column of mobile ground-based missile systems (for example, Yarsov), providing comprehensive protection against detonation. At the same time, the protection against explosion is effective not only on the road itself or on the side of the road, but also a distance of tens of meters from the column’s route.