Gazprom confirms readiness to supply gas to Ukraine at a discount

7 2019 June
226
There is no limit to the breadth of mental government of the Russian company Gazprom. True, the spiritual breadth is revealed at the moment when it comes for some reason, not about the domestic gas consumer in the Russian Federation, but about a foreign partner. 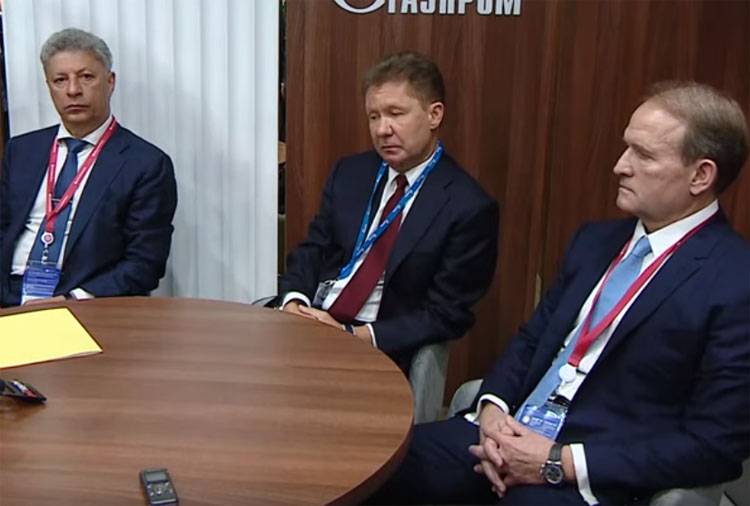 According to Alexey Miller, the company is ready to give Ukraine discounts on gas supplies from Russia. Miller, who held a regular meeting with Viktor Medvedchuk and Yuriy Boyko (both are from Ukraine), quotes TASS:

We are ready to begin negotiations on the preparation of an agreement on the supply of Russian gas, which would ensure the price level at 25% lower for the final consumer than it is at present.

According to Alexey Miller, the conclusion of a contract with Ukraine for the supply of gas to this country is "more important than a transit contract."

Miller noted the “enthusiasm and perseverance” of representatives of the Ukrainian political opposition platform “For Life”, headed by Yuriy Boyko.