27 May 2019
52
Verkhovna Rada deputy and leader of the Ukrainian Volunteer Army (UDL), formed on the basis of the Right Sector banned in Russia, Dmitry Yarosh said that the new President of Ukraine, Vladimir Zelensky, could lose his life if he betrayed his country and those who died in the Donbass. This Yarosh said in an interview with "Observer." 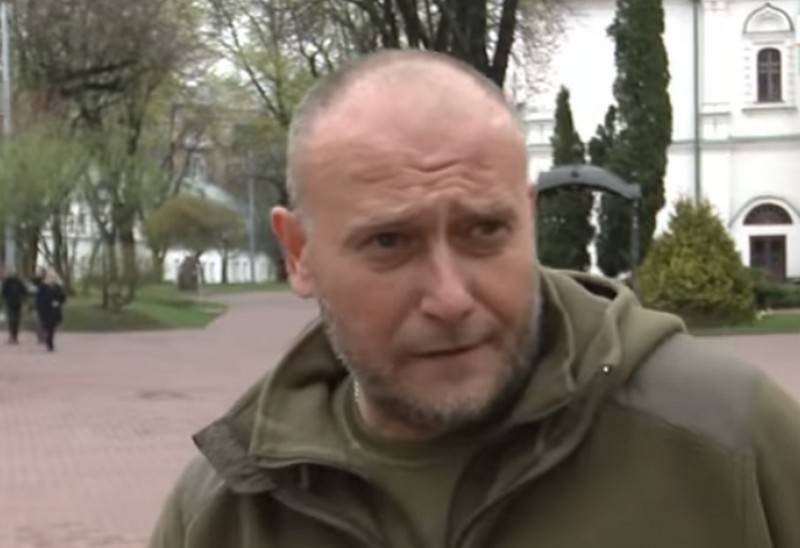 According to Yarosh, Zelensky will be hung on a tree if he betrayed Ukraine and all those who died for the freedom of Ukraine on the Maidan during the revolution and in the Donbas.

Zelensky in his inaugural speech said that he was ready to lose ratings, popularity, position. No, he will lose a life. It will hang on some tree on Khreshchatyk if it betrays Ukraine and those people who died in the revolution and war
- declared Yarosh.

The leader of the nationalists said that he had tried several times to contact Zelensky, but he did not want to make contact. At the same time, Yarosh is very keen to "drive with the new president to the front line, where he would tell him about the battles for five years."

Meanwhile, in the Ukrainian media, Yarosh’s statement was criticized by the right-wing radicals themselves, calling it a pseudo-patriot and a “lackey of Poroshenko,” who betrayed the ideals of the Right Sector (banned in Russia), turning over to Poroshenko for his dollars. They accused Yarosh of mass imprisonment of "Ukrainian patriots".

At the same time, Tatyana Chernovol said that Zelensky was an agent for Yanukovych and called for a new Maidan. The vice-speaker of the Verkhovna Rada Parubiy made the same statement.