21 May 2019
18
In the US, the first HH-60W advanced helicopter, developed by Lockheed Martin to carry out rescue operations by MTR forces in the territory controlled by the enemy, made the first flight. Tests conducted in West Palm Beach Florida have been found to be fully successful. 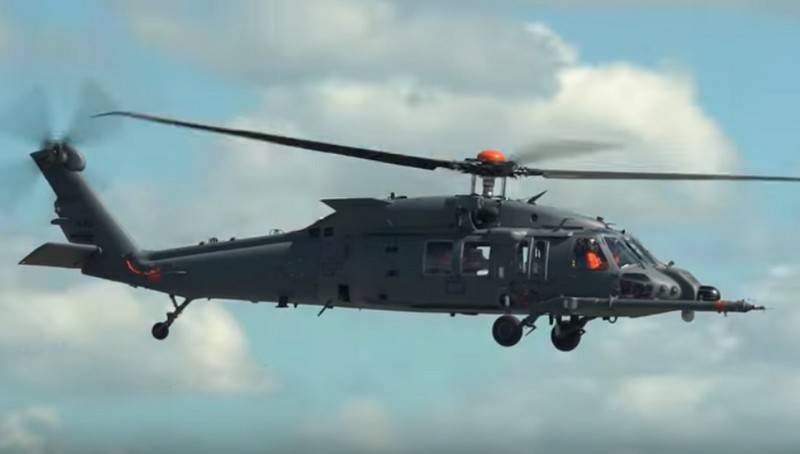 The new American HH-60W helicopter for rescue operations is being developed to replace the outdated HH-60G Pave Hawk helicopters, developed back in the early 1980-s. The purpose of these helicopters - rescue operations in the territory controlled by the enemy, as well as search and rescue, medical transportation and the fight against drug trafficking.

The new helicopter is being developed from the 2012 year, it received increased fuel tanks, updated on-board equipment and secure communication systems. It is expected that the machine, developed on the basis of a multi-purpose UH-60M with an electro-remote control system, will also receive an expanded nomenclature of weapons.

The US Air Force plans to acquire 113 new helicopters, which, as they become available, will replace the HH-60G. By the end of this year, Lockheed Martin will also deliver the first 10 new helicopters.

MH-60G Pave Hawk - a multi-purpose helicopter for special operations forces, created by the American company "Sikorsky Aircraft" (now part of Lockheed Martin) based on the multipurpose helicopter UH-60 "Black Hawk" (HH-60G - a cheaper version of the helicopter, not having an infrared front hemisphere review system). The helicopter in the MTR is jokingly called the 911 rescue team. He is able to reach speeds of up to 224 kilometers per hour and fly to a distance of 600 kilometers. The vehicles are armed with two 7,62 millimeter machine guns and two 12,7 millimeter machine guns. Helicopters are equipped with electronic jamming systems, thermal imagers, protected communication systems.
Ctrl Enter

We are in Yandex Zen
Latvian army will get four UH-60M Black Hawk helicopters
Reports from the militia of New Russia for 27-28 September 2014 of the year
18 comments
Information
Dear reader, to leave comments on the publication, you must to register.