In China, the 60 Corvette of the project "type 056" launched 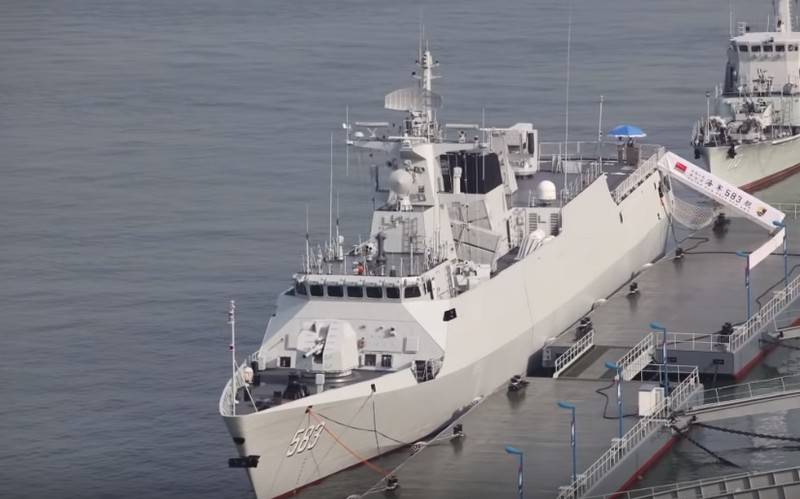 a similar corvette type 056 already adopted in the PLA Navy

According to the portal, project 056 / 056A corvettes are the most massive ships in the PLA Navy, although their construction began in 2012. To date, the composition fleet 49 corvettes of this type have already been introduced, another 11 are at various stages of construction. The construction of ships of this type is simultaneously carried out at four shipyards: Hudong-Zhonghua in Shanghai, Huangpu Shipyard in Guangzhou, Liaonan Shipyard in Dalian, Wuchang Shipyard in Wuhan. The average rate of delivery of corvettes is one ship every six weeks.

056 Corvettes of the project are designed to patrol territorial waters and the exclusive economic zone, escort, anti-submarine and anti-ship warfare, protect fisheries, and also replace several types of patrol ships and parts of the outdated 053H frigates.

The Jiangdao-class ship has a total displacement of 1500 tons, the hull length is 89 meters, and the width is 11 meters. The corvette is equipped with various weapons systems, modern radar equipment, sonars and air defense systems. The armament includes: 76-mm artillery gun, four launchers of anti-ship missiles YJ-83 with a firing range of up to 160 km, eight-container short-range air defense systems HQ-10, two 324-mm three-tube torpedo tubes.

The ship of class "Type-056" independently developed in China and built with 2012 year. From the end of 2014, the PLA Navy began to receive corvettes of the modified 056A project, which differs from the basic 056 project mainly in the presence of towed GUS. In this case, the construction of both modifications continues in parallel.
Ctrl Enter
Noticed oshЫbku Highlight text and press. Ctrl + Enter
We are
In China, 4 Corvette Launched in a MonthChina launches 056 project corvettes
58 comments
Information
Dear reader, to leave comments on the publication, you must to register.