Will the ruble answer for "dirty" oil?

On the eve of the long May holidays, most experts rather calmly assessed the prospects of the Russian ruble. The range of possible national currency rates fluctuated: by the end of the summer - from 64 to 70 rubles, and by December 31 - from 63 to 75 rubles per dollar. And although none of the Russian specialists decided to frighten the public with a frankly low rate, at the same time very few people ventured and predicted that the ruble would rise at least to the dollar mark in 60 rubles.


Only the Singapore company IDEAglobal, which is the most successful selling Russian bonds, dared to “wait” only 58 rubles for a dollar by the end of 2019 of the year. All these weighted forecasts were made not only in the short term (for the period of summer holidays), but also up to the end of 2019. 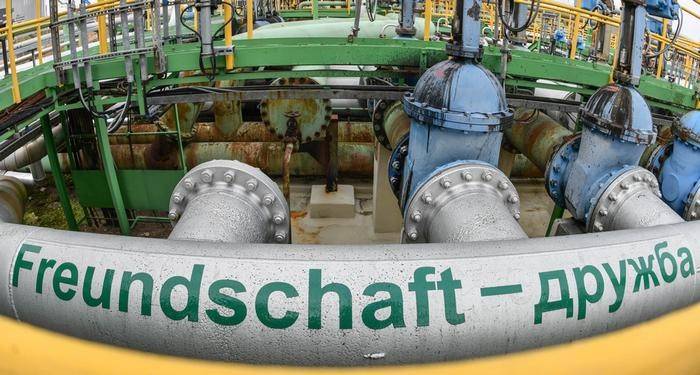 The main factors in favor of a stable ruble were high oil prices, the possible end of the US-Chinese trade war, serious doubts about the effectiveness of the next portion of anti-Russian sanctions, but above all the tight regulatory policy of the Russian Central Bank.

As is known, the Central Bank of the Russian Federation once again did not reduce the key rate, leaving it at the level of 7,75 percent, which under current conditions can be considered almost “prohibitive”. At least, on a really large scale, commercial banks do not use this rate, preferring to use customer funds or mutual lending. This practice allows the Bank of Russia as the regulator of the foreign exchange market and, at the same time, the issuer of rubles to continue the policy of minimum money supply, restraining inflation.

Calm and even optimistic forecasts for the Russian ruble were made at a time when it was already aware of the serious problems encountered in the export of Russian oil. It seems that at first the specialists obviously underestimated the April 19 incident on the Belarusian oil pipelines, believing that the situation would be resolved quickly and without consequences. At least, without serious consequences, although it was even a possible large-scale sabotage.

Who and what underestimated?

However, the consequences were serious, perhaps even too serious. Transit oil supplies through the territory of Belarus were frozen almost immediately after Belneftekhim received complaints about a sharp deterioration in the quality of oil. Belarusian refineries halved the volume of oil refining, of course, Russian.

Soon it became known about the decision of the governments of Poland, Hungary and the Czech Republic to print out the oil strategic reserves. 800 thousand tons have been allocated to the Polish oil refineries (refineries) to compensate for short shipments from the Russian Federation, Hungary has announced volumes of 400 thousand tons, data from the Czech Republic are being updated.

It quickly became clear that up to a million tons of Russian oil exported turned out to be “dirty”. However, the Western media called the much larger scale of the man-made accident, referring to 5 million tons of contaminated oil. According to Transneft, it was deliberately polluted with compounds, which in the message of Belneftekhim were called organochlorine.

It is already known that oil contaminated with organochlorine entered the pipes of Transneft through a private terminal in the Samara region, which receives raw materials from small private companies from the Orenburg, Ulyanovsk and Samara regions. The case is already engaged in the regional department of the FSB.

However, the investigation may well be delayed, despite the fact that access to export pipelines is extremely limited. The head of state had to give explanations personally to Nikolay Tokarev, the head of Transneft, a practically monopolistic transit country for Russian export oil. From the mouth of Tokarev there was a recognition of the responsibility of the company itself, but there were also words about “fraud”, “violation of regulations”, responsibility of certain private structures that should monitor the quality of raw materials at receiving points.

In the meantime, hundreds of tons of contaminated oil are hastily transported back to Russia for dilution with better quality raw materials at terminals in Novorossiysk or, if possible, refined. The site of Transneft reported that the company has already begun to prepare proposals for the revision of the oil inspection system at the entrance to its pipes. It can be among other things about the involvement of independent experts for arbitration checks. Finally, 3 in May became aware that Transneft had sent a request to the Russian oil companies to reduce oil production.

The Belarusian Oil Transit Company unexpectedly quickly made a statement that the full restoration of transit through the Druzhba pipeline would require several months of hard work. On the Russian side, the assessments were much more optimistic, but it is characteristic that Transneft addressed its request to the oil companies only the next day after Russian oil, which meets the standard, arrived on the territory of Belarus via the Druzhba pipeline.

According to Reuters, in the request of Transneft, we are talking about reducing production levels by as much as 7 in May by about 10 percent, which can be up to 1 million barrels per day. On an annualized basis, it is possible to reduce oil production in Russia by 60 mln. Tons, although it must be understood that everything possible to restore production and transit levels will be done as quickly as possible.

In oil companies, Transneft’s proposal has not yet been commented on, but it must be understood that it is not so easy to make such a significant reduction in production so quickly, if only because of the need to carry out previously concluded contracts.

Exchange analysts responded to the statement of representatives of Transneft almost immediately, without waiting for official comments not only from oil companies, but also from the Ministry of Energy. Immediately, the forgotten predictions of the ruble exchange rate at a level close to 100 rubles per dollar.

Recall that the frightening "hundred" experts last used more than a year ago, at the height of the gasoline crisis, when, in addition, the well-known OPEC-Plus agreement was threatened. Now the rate in 94,47 rubles for dollar was immediately predicted by analysts from BNP Paribas.

At the same time, however, most experts, including those from Alfa-Bank and Otkrytie, do not exclude an absolutely opposite reaction to the situation with the export of Russian oil. The fact is that the 10-percent decrease in sales volumes in any event can not be any long.

Nevertheless, a local, but already rather long jump in oil prices as an inevitable exchange reaction cannot be ruled out in any way. In this case, the ruble as an unequivocally raw currency is almost guaranteed to increase, albeit small, and let it be, after which a very painful pullback is not excluded.

Under the current conditions, there are no serious reasons for fearing the complete, even any significant replacement of the Russian oil quota by other sellers. The fact is that the oil market for refining is very specific, the overwhelming majority of deliveries are painted not even for months, but for years to come.

Oil refineries themselves, as a rule, are focused on very specific brands, the same Belarusian refineries cannot switch as easily as it is now necessary from Russian Brent to Central Asian or Baku. Even partially. However, what is more important now is not the financial, but the reputational losses of the Russian oil industry, for which it will take years to pay.