April 9 2019
39
The Libyan presidential council meeting in Tripoli (acting as head of state) of Libya decided to arrest the commander-in-chief of the Libyan national army, Khalifa Haftar, as well as his associates involved in the attack on the Libyan capital. The corresponding order was received by the military prosecutor. It is reported by TASS with reference to the TV channel Al Jazeera. 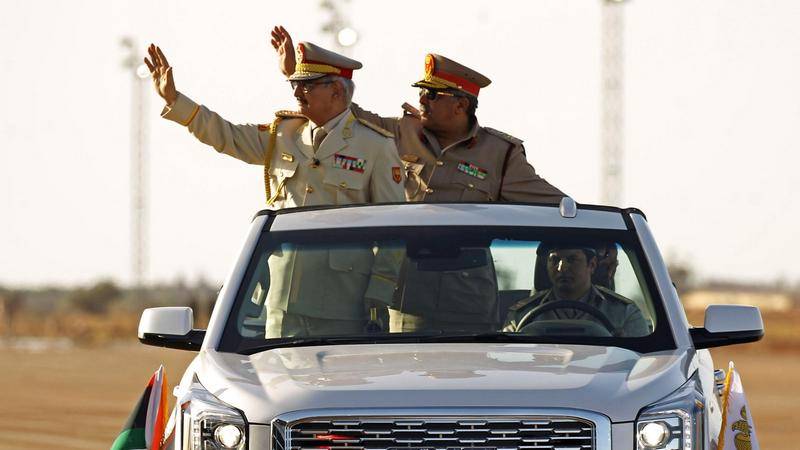 According to data published by the channel, the presidential council under the leadership of the head of the Government of National Accord (PNS) Faiz Saraj ordered to prepare arrest warrants for Marshal Khalifa Haftar, the commanders of individual units of the LNA, as well as others involved in the offensive against Tripoli. Earlier, Saraj stated that all LNA servicemen led by their commander Haftar would be arrested and brought before the Libyan and international courts.

As previously reported by VO, Khalifa Haftar ignored the US threats demanding an immediate halt to the offensive and launched a second air strike against enemy positions at the only international airport in Mitig Mitiga and also south and west of the Libyan capital. At the same time, it was stated that the purpose of the operation was PNS combat aircraft.

The forces of the Libyan National Army launched an assault on Tripoli on April 4 and today are entrenched in four of the seven strike directions. Army Haftar captured the suburbs of the Libyan capital, but in residential areas is not included because of the desire to protect the civilian population from death.

At the moment, the main task of the LNA is complete control over Tripoli and access to the border with Algeria and Tunisia, while simultaneously taking the borders under complete control.
Ctrl Enter
Noticed oshЫbku Highlight text and press. Ctrl + Enter
We are
Libya brief - kaleidoscope of factions with their own interestsHoftar on the idea of ​​meeting with Saraj in the UN: There is no need to meet with the loser
39 comments
Information
Dear reader, to leave comments on the publication, you must to register.