March 22 2019
37
The new Artificial Intelligence called Skyborg, which is at the development stage, will act as a co-pilot or navigator performing important secondary functions while the main pilot fights or controls the aircraft. 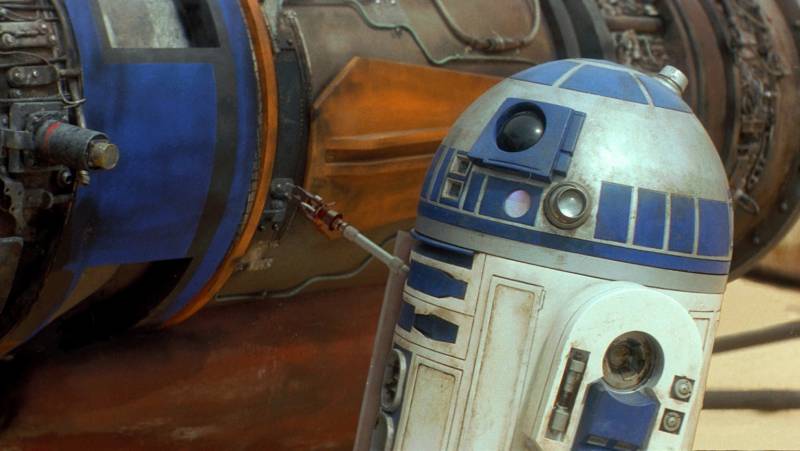 Will Roper, Assistant Secretary of the Air Force for Procurement, Technology and Logistics, claims that the Air Force Research Laboratory is currently developing a technology that completely changes the modern concept of piloting and air combat.

According to information published by C4ISRNET, Roper compared Skyborg with the Star Wars robot R2-D2, the faithful droid of Luke Skywalker, who helped the latter lead the battle on space X-Wing from his place behind the pilot's cabin. In the films, Luke could give voice commands R2-D2, asking the droid for navigation information or repair of a fighter during the flight.

Skyborg can take over the functions that were originally performed by co-pilots or navigators, allowing the pilot to concentrate on the flight.

In the real world, Skyborg will consist of two systems. The first is the artificial intelligence in the style of R2-D2, which will pilot a fighter as a co-pilot. Like the same movie star Luke Skywalker, the Air Force pilot of the near future will be able to interact with the AI ​​using voice commands. The AI ​​can also serve as the main pilot on single-wing escort aircraft, which traditionally performed such tasks as providing radar awareness, target identification, navigation, and raising situational awareness.

In particular, one of the specific tasks that Skyborg will face is the recognition of targets, the collection of data from sensors and the attempt to identify nearby planes, including enemy ones.

The second system is artificial intelligence, which will drive an unmanned vehicle, such as a Boeing Loyal Wingman or Kratos Defense XQ-58A Valkyrie. According to C4ISRNET, such a system can even control the unmanned version of the F-Q16. Retired F-16, reconfigured for unmanned flight, the QF-16 currently serves as an air target. However, powered by sophisticated AI, the device can theoretically become an inexpensive, expendable combat drone that carries its own weapon system.

In any of the possible roles of Skyborg, the Air Force insists, the emphasis is not on creating a complex that can replace the pilot (and raises all the acute ethical issues associated with the use of artificial intelligence in battle), but on a system that improves the efficiency of ordinary pilots, allowing them solve more tasks in an increasingly complex combat situation.

Ctrl Enter
Noticed oshЫbku Highlight text and press. Ctrl + Enter
We are
Robot Soldiers: Reality or Fantasy of Scientists and Military?At an exhibition in Japan showed a possible prototype of a combat 4-meter robot
Military Reviewin Yandex News
Military Reviewin Google News
37 comments
Information
Dear reader, to leave comments on the publication, you must to register.