February 11 2019
21
The upgraded heavy helicopter Mi-26Т2В, developed in the interests of the Russian Ministry of Defense, in the second quarter of this year will be released to state tests. This was announced by Andrei Boginsky, Director General of the Russian Helicopters holding company (part of Rostec). 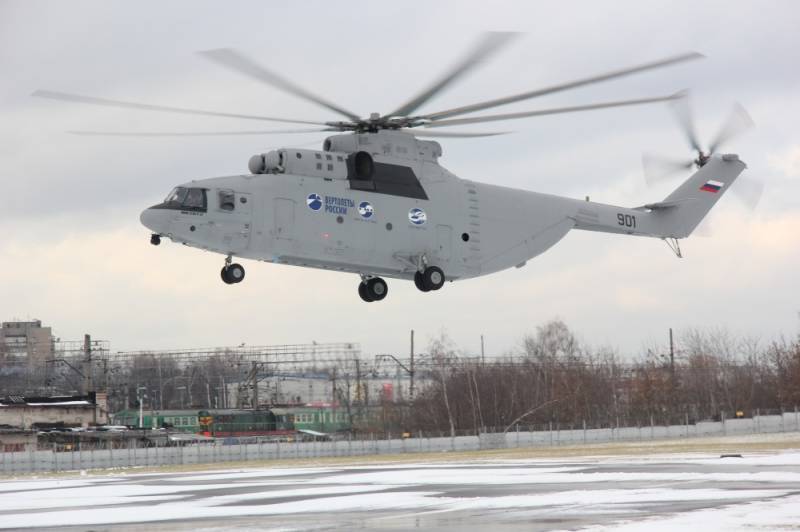 In the second quarter we plan to transfer the car to state tests.
- said Boginsky.

The program of state joint tests is developed jointly by the holding and the Ministry of Defense.

As previously reported, the first flight of the upgraded Mi-26Т2В helicopter took place in August 2018, and the preliminary tests, which confirmed the characteristics embedded in the car, were completed in January of this year. Serial shipments to the military are scheduled to begin this year.

With a maximum take-off weight of up to 56 and a helicopter, the helicopter can lift into the air 20 and cargo, both inside the cabin and on the external sling.

Ctrl Enter
Noticed oshЫbku Highlight text and press. Ctrl + Enter
We are
The new Mi-26Т2В is ready for state joint testsTsar-helicopter. The first flight of the upgraded Mi-26Т2В
21 comment
Information
Dear reader, to leave comments on the publication, you must to register.