December 25 2018
41
Next year, the Air Force of Belarus plans to strengthen four more Yak-130 combat training aircraft and get the first link of the super-maneuverable Su-30CM fighter jets. This was stated in interview RIA News Minister of Defense of the Republic of Belarus Andrei Rawkov. 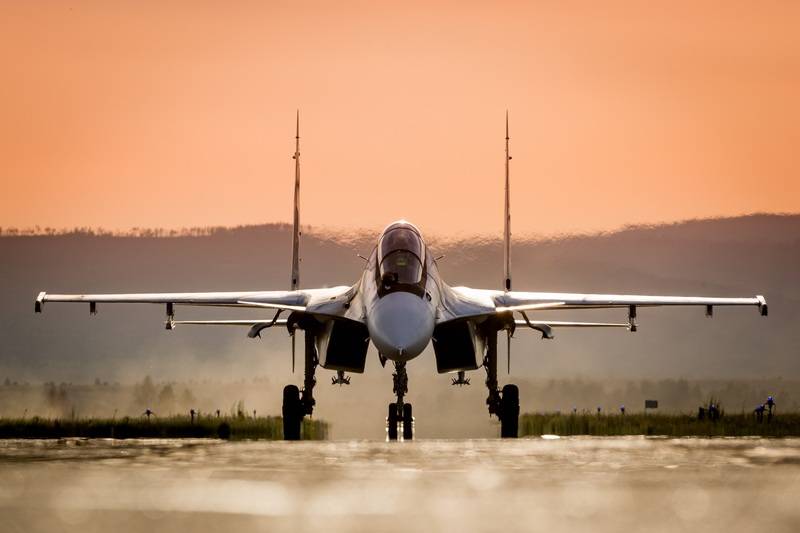 According to the head of the defense department of Belarus, the Yak-130 combat training aircraft will go to the Air Force of the Republic, presumably in March of the next year. According to the contract with the Russian corporation "Irkut", this will be the delivery of already the third four of these aircraft to the armed forces of Belarus. In addition, another contract was concluded, but already for the delivery to the RB Air Force Su-30CM, according to which in 2019 Belarusian pilots will receive the first link of super-maneuverable fighters.

Thus, Ravkov emphasized, with the receipt of a new batch of Yak-130, the total number of these combat training aircraft in the Air Force of the Republic will reach 12. As for the Su-30SM, the plans of the Ministry of Defense of Belarus, to buy in Russia before 2020, the squadron of fighters, which will increase the capabilities of the Belarusian army to protect troops and facilities from air strikes, as well as significantly update the fleet of aircraft.