Ukraine is going to fork over US fighters

December 15 2018
55
The chairman of the board of the Ukrainian Military Center, Taras Chmut, on December 8 on the 5 channel, said that Ukraine was developing a concept for developing the air force in the medium term, which provides for the purchase of American fighter aircraft. 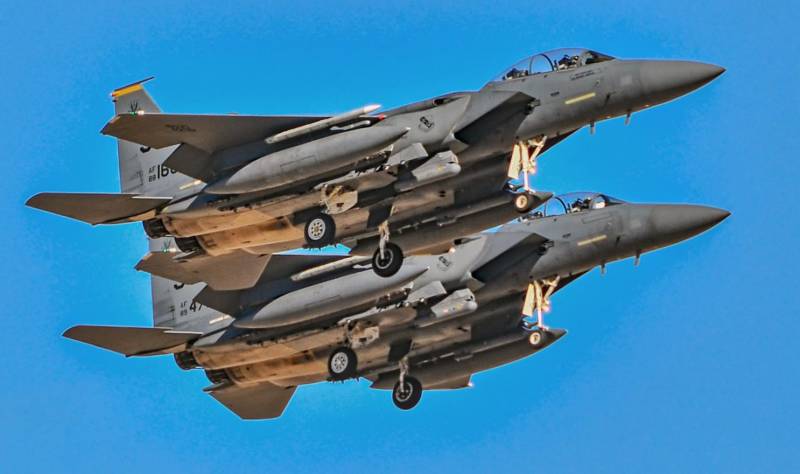 The authors of the Concept offer to purchase either new or used US fighter jets. Considering the recently implemented Concept of the development of naval forces, as a result of which Ukraine purchased from the USA two thirty-year decommissioned patrol boats, most likely it will be the same old aircraft.

Moreover, most recently, in September of this year, Prime Minister of Ukraine Volodymyr Groysman urged the country's population in the need for IMF loans to pay off old debts, and therefore the gas tariffs for the population had to be raised by almost a quarter. According to the chairman of the Cabinet, this decision avoided a default in the country. Thus, it is not clear where the funds will be allocated for the purchase of expensive American aircraft, if without new loans Ukraine is on the verge of default.

At the moment, the Ukrainian Air Force consists mainly of Soviet technology, which implies the preparation of flight and technical personnel for these aircraft. In the case of switching to American aircraft, Ukraine will have to fork out at least for retraining of pilots and technicians. Taking into account the peculiarities of the American arms business, the United States will impose repair and maintenance along with the aircraft, which will make the already expensive toys even more expensive.

At the same time, in the Ukrainian media, crowds of military experts began to argue that the entire existing fleet of Ukraine’s air force would have to be replaced soon, as the planes expired. For whatever reason, the planned replacement of obsolete technology during the independence of Ukraine was not made, experts do not tell. Nevertheless, most of them declare that in the conditions of confrontation with Russia, Ukraine needs to ensure the replenishment of its fleet.

According to the latest data, for the year the Russian industry supplies the Russian Federation with about 100 combat aircraft. This figure is comparable to the size of the entire Ukrainian fleet of military air forces. Thus, the loud statements of Petro Poroshenko “about deterring Russian aggression” only against the background of this fact alone indicate the absurdity of his statements.

Obviously, if the proposed concept is implemented, the main beneficiary will be the United States in the first place. First, Washington will sell the old stuff that has run out or almost run out of life. Secondly, it will provide itself with a stable income due to constant repair and maintenance of old aircraft. Third, earn on retraining flight personnel. Fourth, it will present all of this as an aid to a country “fighting the aggressor”.

The top Ukrainian officials, given the monstrous corruption in the country, will also benefit. Only the budget and the country's defense will suffer. But who cares? Another "Zrada" in the "Peremya" skin.