December 10 2018
27
10 December 1698 of the year, 320 years ago, Peter the Great established the Order of Saint Apostle Andrew the First-Called, which became the highest state award of the Russian Empire for many centuries - up to 1917. 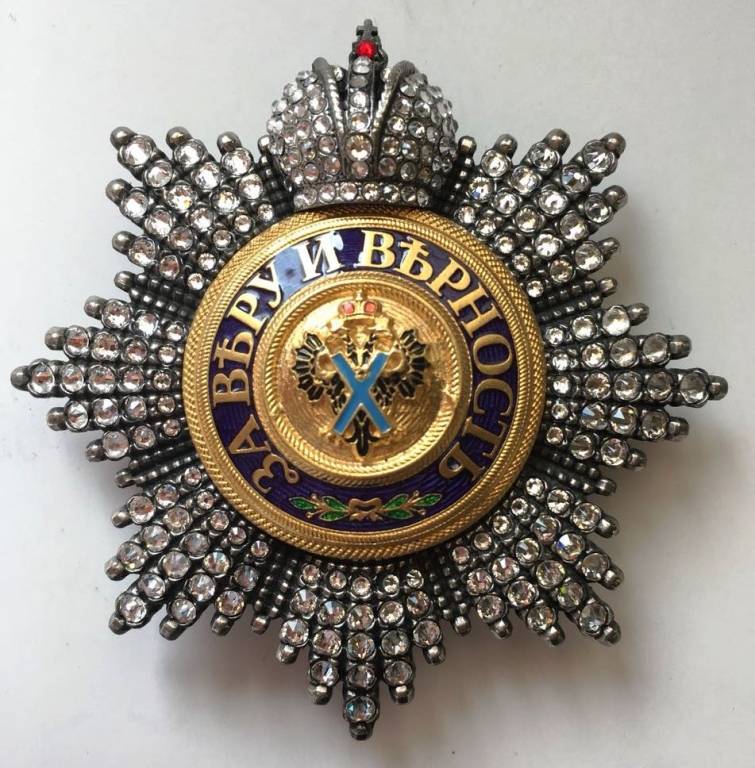 Like Peter, Andrew was by profession a fisherman, a native of Bethsaid on the northern shore of Lake Galilee. The life of the Apostle Andrew the First-Called says that, together with his brother Peter (Simon at birth), the Apostle Andrew moved from Bethsaid to Capernaum, where the brothers had their own home, and they continued to fish. Then Andrew became a disciple of John the Baptist, and already from him came to Jesus. 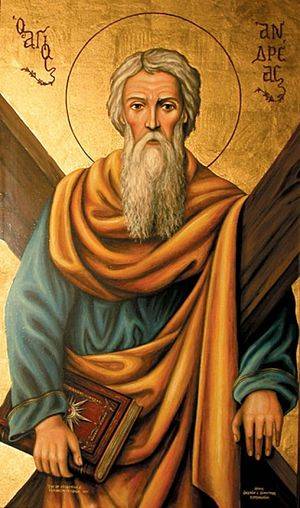 After the crucifixion of Jesus Christ, his twelve disciples divided among themselves those countries where they were to carry the preaching of Christianity. Andrei received the Black Sea lands - Bithynia and Propontis with the cities of Byzantium and Chalcedon, Thrace and Macedonia, Thessaly, Hellas and Achaia, Scythia. Thus, the Apostle Andrew preached on the shores of the Black Sea, on the territory of modern Turkey, Greece, Georgia and Russia. As to whether Andrew the First-Called was in Scythia, there is still no clarity. Already Eusebius of Caesarea in the first half of the 4th century spoke about the ministry of Andrew in Scythia. This version was confirmed by a number of church historians, but there were also doubters. Subsequently N.M. Karamzin in the History of the Russian State also expressed doubts about the truth of the journey of St. Andrew the First-Called on Scythia.

However, the official version was criticized and questioned even by church historians, not to mention secular. Even the Rev. Joseph Volokolamsky (1440 — 1515) in his “Enlightener” wrote that Andrew the First-Called did not preach in the Russian lands. Nevertheless, if the official legend attributed to Andrew the First-Called circulation in the Russian lands, he became the patron of Russian statehood.

Why did Peter the Great attend to the creation of an award in honor of the apostle? After all, the famous St. Andrew's flag in honor of the Apostle Andrew was also designed under Peter the Great, and with his direct personal participation. Most likely, Peter the Great drew attention to the symbolism associated with Andrew the First-Called, studying the Western experience - the flag with the oblique cross of the Apostle Andrew by this time was already used in Scotland. But the creation of the order and the introduction of the flag was not a blind borrowing - after all, Andrew the First-Called was honored as the patron of Russia long before Peter.

What was the order of the Holy Apostle Andrew the First Called? First, it included a sign (cross), the key image of which was St. Apostle Andrew the First-Called himself, crucified on an oblique cross, and a silver eight-pointed star with the motto “For Faith and Loyalty”. The badge of the order was worn over a wide blue ribbon over the right shoulder, and the star on the left side of the chest. In special cases, the badge of the order could be worn on the chest, on a golden figured chain. 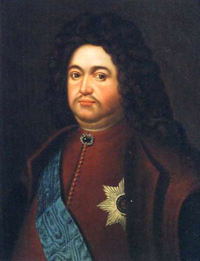 Peter the Great took the new order very seriously. The first holder of the order was Fedor Golovin. One of the most prominent statesmen of the Peter's era, Fedor Golovin was an excellent diplomat, the head of the Ambassadorial Order, but he was also responsible for the construction of Russian ships, the training of personnel fleet, activities of the Navigation School. The order of the Holy Apostle Andrew the First-Called was granted to him in 1699, immediately after the creation of the order and almost simultaneously with the assignment of the rank of Admiral General.

With the second gentleman of the Order of the Holy Apostle Andrew the First-Called, no luck. In 1700, the order was awarded by Peter the First to the hetman of Zaporizhzhya Sich, Ivan Mazepa. Of course, this figure cannot be compared with Fedor Golovin, but Peter, handing over the order to the hetman, was guided by political considerations and tried to finally draw the hetman to the side of Russia. But Peter did not come up with this plan - Mazepa still betrayed the king and in 1706 he was deprived of the order. In 1701, the Order found the third bearer - Prussia’s ambassador to Russia Ludwig von Prinzen. With this award, Peter also pursued political goals, seeking to enlist the support of Prussia as one of the most powerful Central European countries.

Thus, of the first three gentlemen of the Order for real services to the country, only General-Admiral Fedor Golovin received it. December 30 1701 (January 10 1702) for the victory at Erestfehr over the Swedish army, the order was presented to Field Marshal Boris Petrovich Sheremetev. It was he who commanded the Russian troops who invaded Swedish Livonia.

The fifth gentleman of the order was again a man who did not make a real contribution to the strengthening of our state - in 1703, Peter presented the order to the Chancellor of Saxony, Count Beyhlingu. 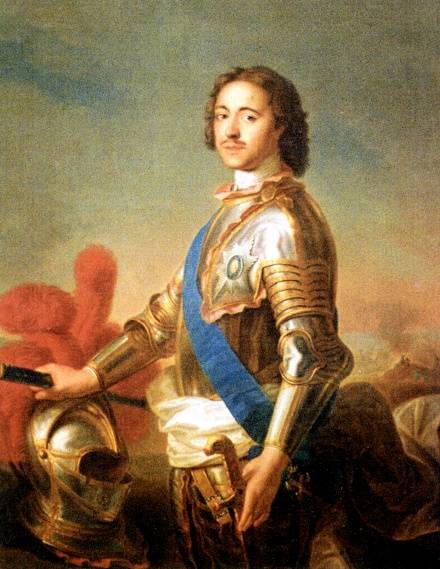 Peter the Great himself became only the sixth holder of the Order, having received him in 1703 for a concrete and real military feat - the seizure of two Swedish warships at the mouth of the Neva. For the same event was awarded the Order and his seventh cavalier - Alexander Menshikov. In total, 38 people were honored in the long reign of Peter the First Order. Further, the awards looked like this: under Catherine I, the Order was awarded to 18 people, under Peter II - five people, under Anna Ioannovna - 24 people, under Elizabeth Petrovna - 83 people, under Catherine II - 15 people. That is, as we see, the number of recipients grew. But this is not surprising - the era of Catherine II, for example, really gave our country a lot of distinguished names, was associated with numerous victories of the Russian Empire, strengthening its position in the global political arena.

Interestingly, in the 1807 year, in honor of the conclusion of the Peace of Tilsit, Napoleon Bonaparte was awarded the highest order of the Russian Empire, as well as several French military and state leaders - the brother of Emperor Jerome Bonaparte, marshals Joachim Murat and Louis Bertie, Prince Charles Talleyrand. Five years later, the gentlemen of the highest Russian award will lead the predatory campaign of the French troops on the Russian empire.

In 1815, the famous English commander Duke Arthur Wellington was awarded the Order for participation in the wars against Napoleon. It is noteworthy that during the Patriotic War 1812 of the year only the only Russian commander, General Tormasov, received the Order, but there were many awards for the foreign campaign of the Russian army 1813-1814. (Platov, Miloradovich, Barclay de Tolly, Wittgenstein, Osten-Sacken).

In addition to the military leaders, the order according to the dynastic principle was awarded to members of the imperial house of the Romanovs. A lot of cavaliers of the order among Russian statesmen are Chancellor Viktor Kochubey, Count Dmitry Guryev, Count Nikolay Mordvinov, and Count Stanislav Zamoysky. Under Alexander I, a number of foreign statesmen were awarded the Order - not only Napoleon and his associates, but Frederick William III - King of Prussia, Frederick VI - King of Denmark, William IV - King of Great Britain, Charles X - King of France and so on.

Under Alexander II, the highest award of the Russian Empire was received, for example, by German Chancellor Otto von Bismarck - among many other statesmen of foreign countries. Even the Ottoman sultan Abdul-Aziz, who received it in 1871, did not pass by the award (and after a few years, the Russian Empire again entered the war with Ottoman Turkey).

The last Russian emperor Nicholas II also did not stint on the awards. During the years of his rule, many Russian statesmen, monarchs and high officials of a number of foreign states received the order. For example, August Wilhelm, Prince of Prussia, was awarded the highest award of the Russian Empire in January 1914, and the First World War soon began, in which the prince actively participated in fighting against Russia. By the way, two decades later he joined the Nazi Party and remained a prominent figure in the Nazi movement, for which he was sentenced after the war by the American tribunal to three years in prison. In September, 1916 was honored by the Emperor of Japan, Hirohito. Shortly before the February Revolution, January 27 1917, the king of Denmark, Frederick IX, received the award.

Thus, we see that, historically, the order was awarded only to extremely significant people - state, political, military and religious figures of Russia, as well as foreign states. The possibility of awarding an order to an ordinary person, even if he was distinguished, defending his native country in battle or having any other merits, was excluded. This was the main feature of the Order of St. Andrew. 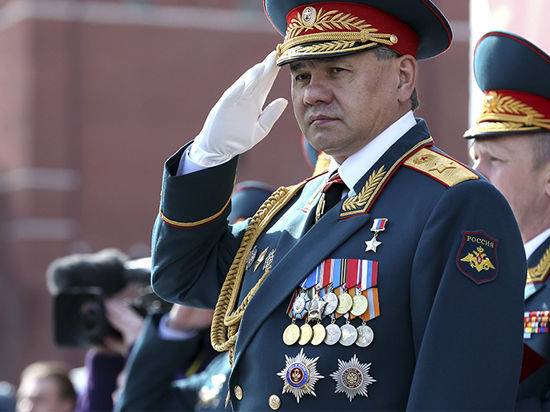 Among those awarded with the modern order of Andrew the First-Called, most of all writers are Solzhenitsyn, Aliyev, Gamzatov, Sergey Mikhalkov and Granin. Four scientists and designers - Likhachev, Kalashnikov, Shumakov and Petrovsky, three artists - Zykina, Arkhipova and Grigorovich, one religious leader - Alexy II, one military leader - Sergey Shoigu, one former head of the Soviet state - Mikhail Gorbachev, three foreign heads were awarded the Order. states - Heydar Aliyev, Nazarbayev and Xi Jinping.